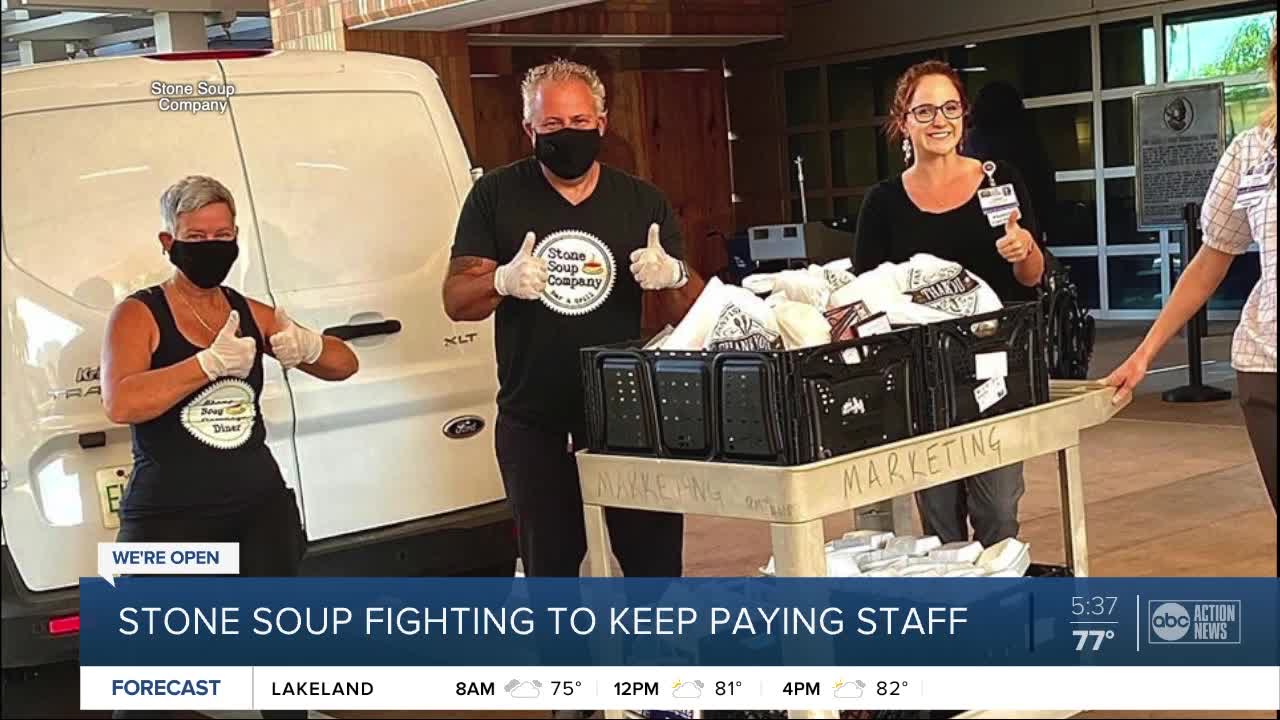 Ilya Goldberg is still getting creative even though his is one of the only businesses left open along 7th Avenue in Ybor City. Story: https://wfts.tv/3e7FPeZ 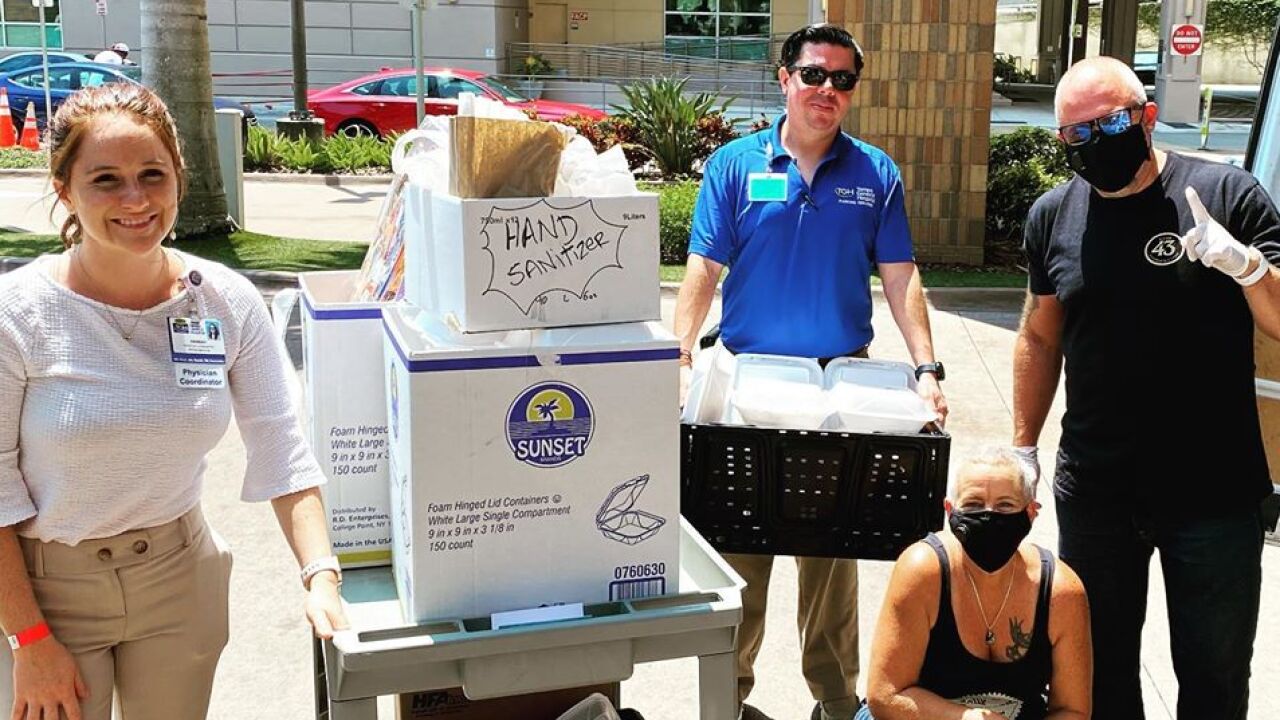 YBOR CITY, Fla. -- It may be one of the only businesses left open along 7th Avenue in Ybor City, but that isn't going to let Ilya Goldberg stop him from getting creative.

"We're doing the #FeedtheER, and we kind of learned about it by accident," says Goldberg, owner of the Stone Soup Company.

The movement was started by a Pasco lawyer and gained the attention of the restaurant owner. But he wondered how he could do more.

He started a GoFundMe and a Facebook Fundraiser to help feed our heroes. From hospital workers to fire stations, his staff whipped up some platters of food.

"We're able to survive based on this win-win-win, and our people are staying employed, front line workers are getting much love," says Goldberg.

He's also using local supplies where he can — for instance, filling the platters of food with a local flan shop and selling hand sanitzer from a local Vodka company.

But that's not all. Goldberg is deciding not to take a paycheck right now.

"Not a single employee here has filed for unemployment. Everybody's working who wants to work, and it also gives us a chance to give some people time off if they want it, " says Goldberg.

Each day may bring something new during the pandemic, but Goldberg and his team of around 20 remain positive.

"We felt like it would be a real disservice to the years we put in to start all over again. We decided to be the leaders and let things trickle in and do the positive," says Goldberg.