This is what Hurricane Irma looks like from space 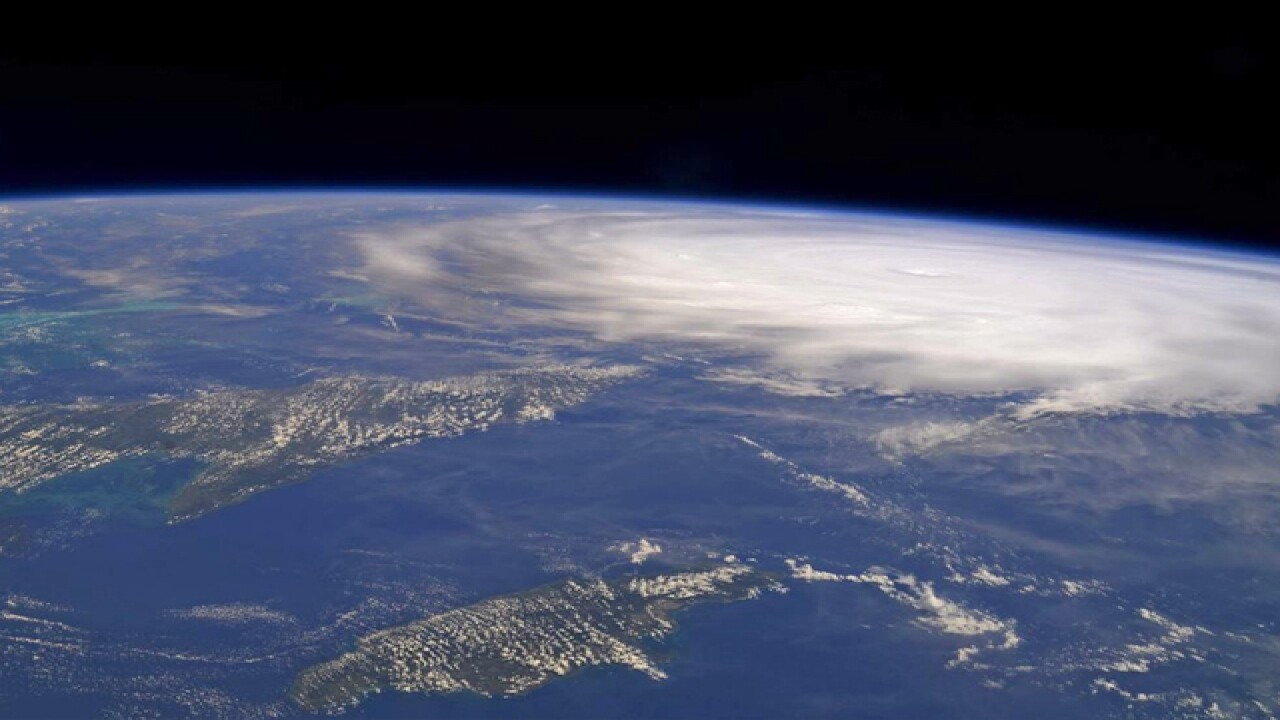 The astronaut tweeted an image of the massive storm late Thursday near what appears to be Cuba.

Tonight, far too many people in #Irma’s path and in its wake. pic.twitter.com/bWQMxae9GV

Irma, a category 4 hurricane, has already wreaked havoc through the Caribbean and is now spinning toward Florida for what could be a disastrous landfall.

Irma has set records as the second-most intense Atlantic hurricane in history. It's also the storm with the longest duration of 180-mile per hour winds or greater in the Atlantic.

According to the Washington Post's Capital Weather Gang, it's also the most intense Atlantic storm to strike land since the Florida Keys hurricane of 1935.

Here are some more incredible images and video of Irma:

A sun flare inside the eye of #hurricaneIrma during one of today's flights. pic.twitter.com/TZU8wf7lfF

The moon shined in the center of #HurricaneIrma last night as our #ReserveCitizenAirmen collected data that helps develop NHC predictions. pic.twitter.com/Mrz6TQaVey

Cameras on the @Space_Station peered over two major hurricanes today: #Jose & #Irma. See the view from 250 miles up: https://t.co/fmeqWQPlqN pic.twitter.com/0bGHQEfPtU