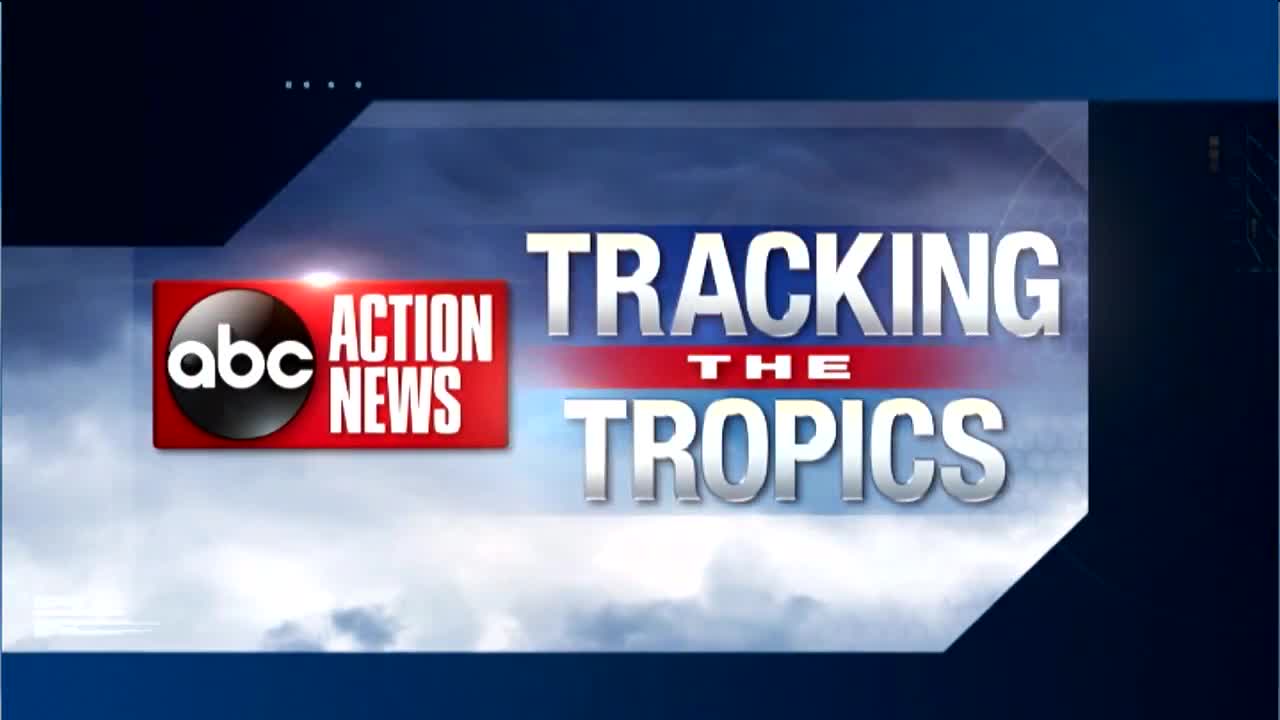 Greg Dee is tracking tropical developments in the Atlantic. 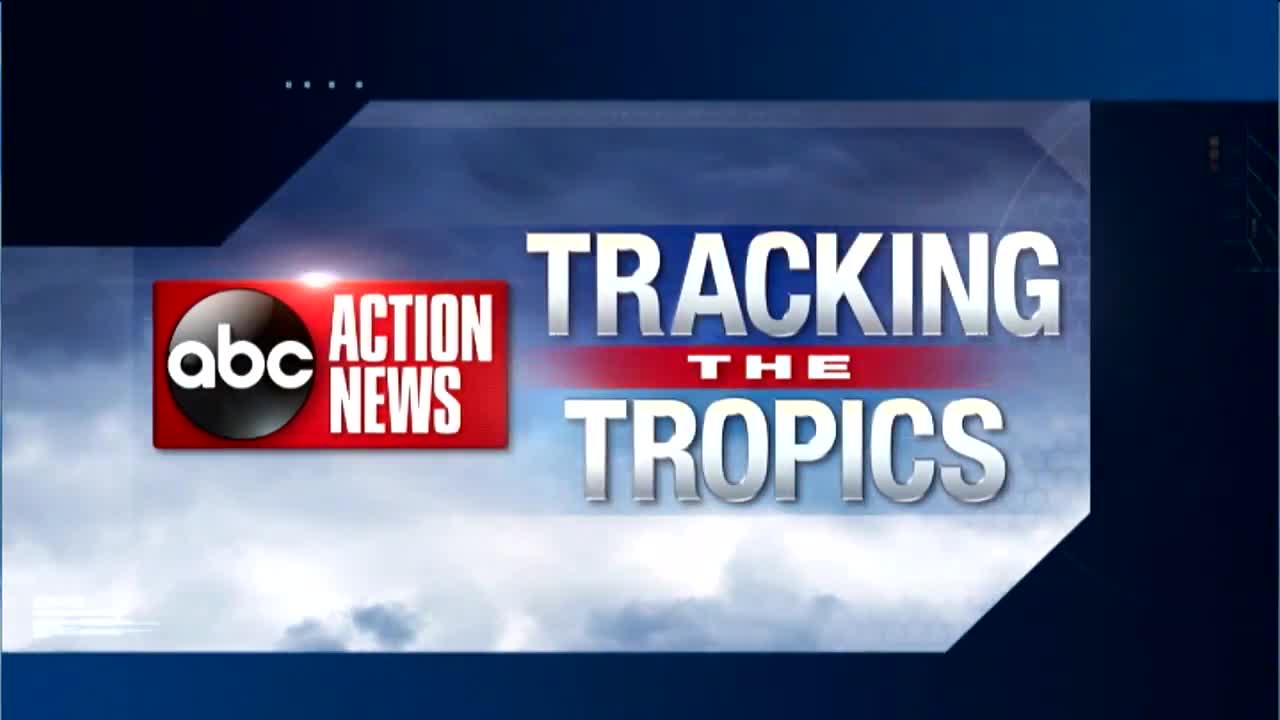 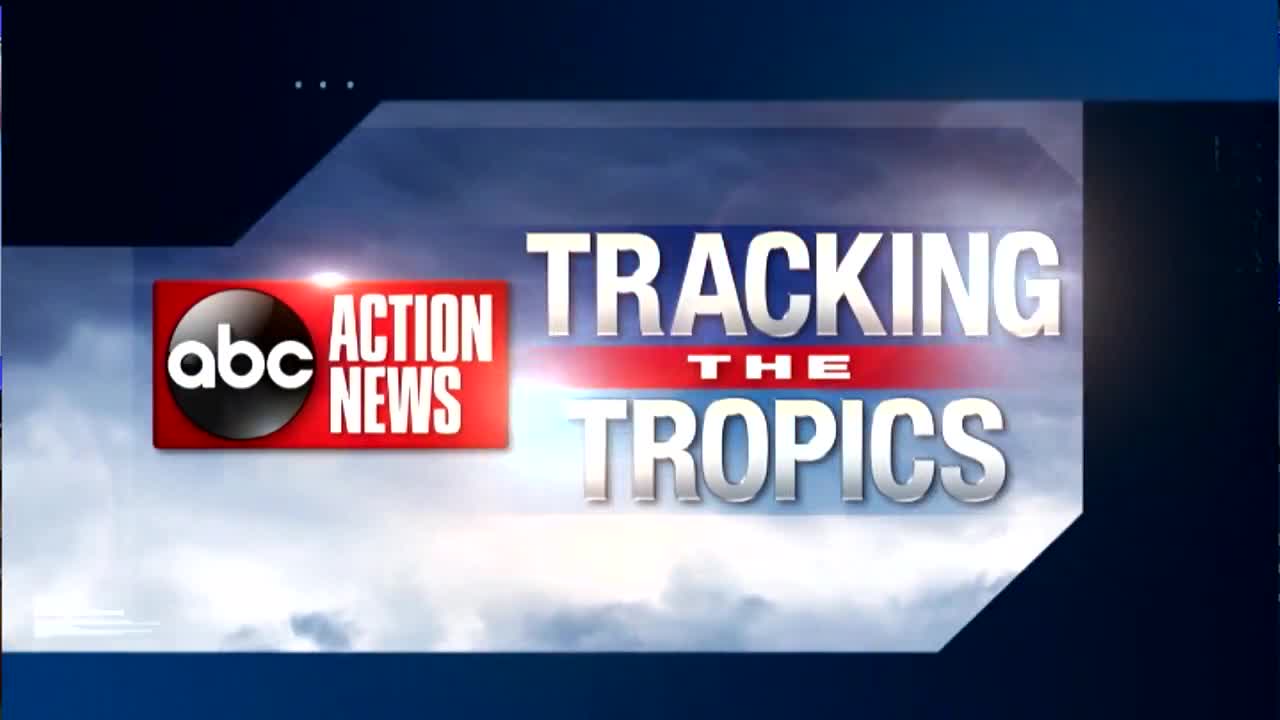 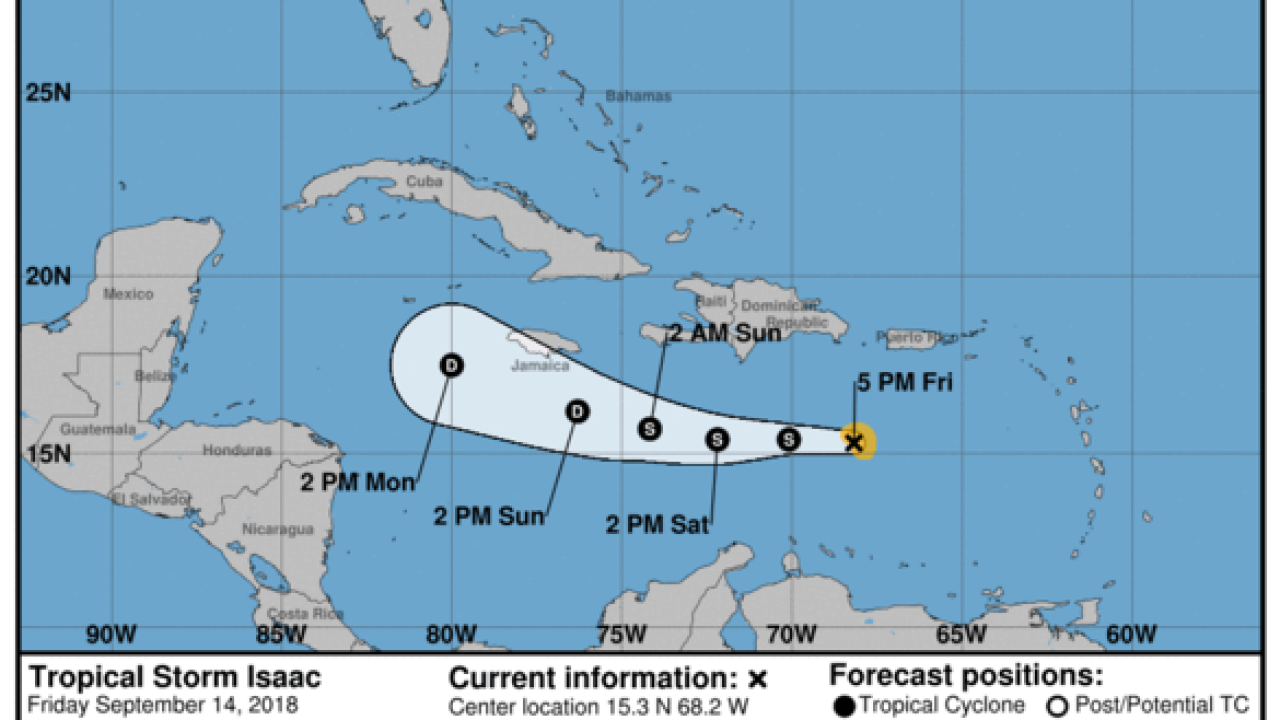 Tropical Storm Isaac has once again reached Tropical Storm strength, but its future is unclear, according to the National Hurricane Center.

As of Friday at 5 p.m., Isaac was about 250 miles SSE of Santo Domingo, Dominican Republic with maximum sustained winds of 40 mph. The storm was moving west at 14 mph.

At 500 PM AST (2100 UTC), the center of Tropical Storm Isaac was
located near latitude 15.3 North, longitude 68.2 West. Isaac is
moving toward the west near 14 mph (22 km/h), and this general
motion with some decrease in forward speed is anticipated over the
next couple of days with a turn to the west-northwest possible by
late Sunday.  On the forecast track, Isaac will move over the
eastern and central Caribbean Sea during the next few days, and be
near or south of Jamaica early next week.

NOAA Hurricane Hunter data indicate that maximum sustained winds
have increased to near 40 mph (65 km/h) with higher gusts.
Little change in strength is forecast during the next 36 hours.
Isaac is forecast to become a tropical depression on Sunday and
degenerate into a wave on Monday.  However this is an uncertain
prediction.

Tropical-storm-force winds extend outward up to 45 miles (75 km)
from the center.