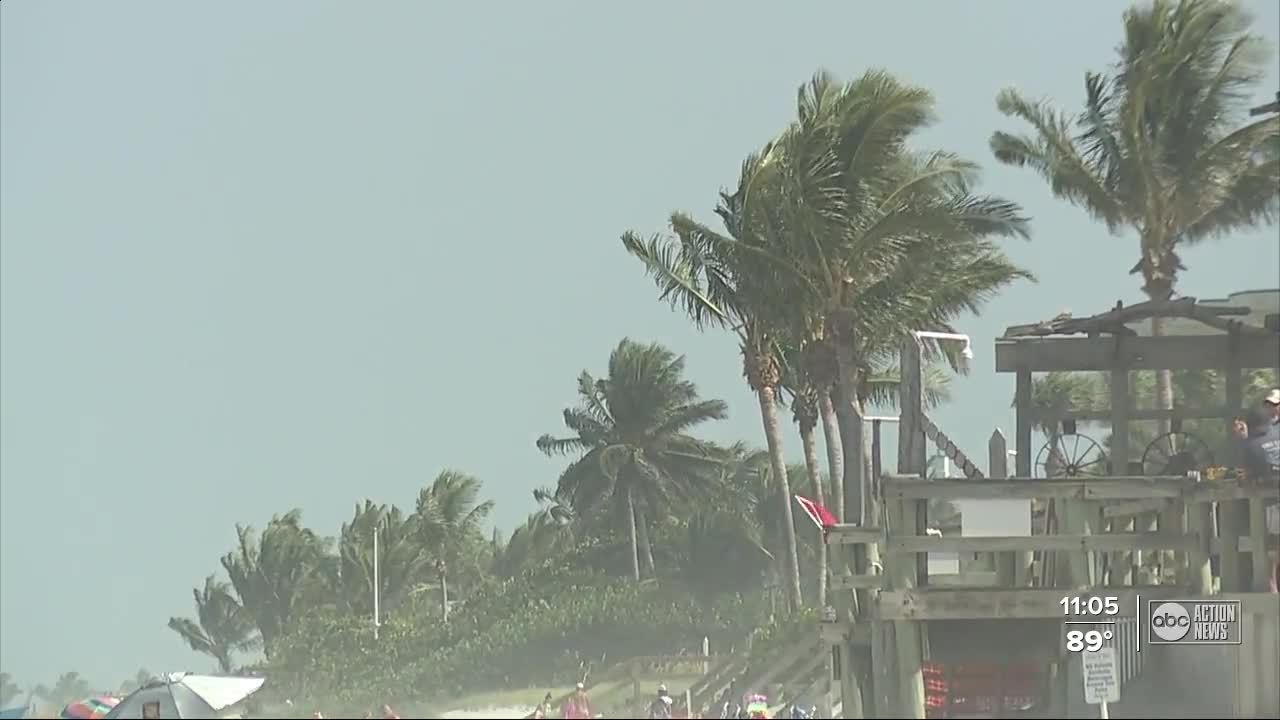 VERO BEACH, Fla. -- The east coast of Florida is preparing for the impacts of Isaias.

By Saturday night, wind and rains began picking up along the coast of Vero Beach near Sexton Plaza Beach. Some businesses on the beach are boarded up. Many business owners are choosing to stay closed until the storm passes.

Isaias is bringing larger waves and rising tides to the coastlines along Florida’s eastside.

Charles Schwinger lives in Vero Beach and says his family decided to put up their hurricane shelters and stock up on emergency supplies.

“We’re prepared. We got the shutters and everything up. We know what we’re doing,” he explained.

His 11-year-old son Jameson couldn’t wait to check out the surf.

“These waves are going to be pretty fun boogey boarding,” he exclaimed.

Ioanna Romer also lives in Vero Beach. She chose not to put up her shutters but she did stock up on gas and food.

“I’ve seen much much worse but at always you don’t know where it’s going to give hopefully I’m praying it does not get as bad,” she said.

Many counties in the Treasure and Space Coast opened emergency shelters with social distancing in place. Masks are being handed out at shelters and county leaders are giving people 60 square feet of space per person, that's 3 times more than usual.

Most people tell ABC Action News they are prepared to ride out the storm at home to avoid the risk of COVID-19 exposure at shelters.

David Bence, another Vero Beach resident says strong winds concern him the most.

“I put my hurricane shutters up just to keep branches from breaking the windows,” he explained.

“All we can do right now is hope for the best,” Schwinger added.

Extended power outages are another concern. Florida Power and Light says outages could last longer because crews are working in smaller teams and having to frequently sanitize equipment to reduce the spread of COVID-19.

City and county teams spent the day cleaning out storm drains to prepare for any heavy rainfall.