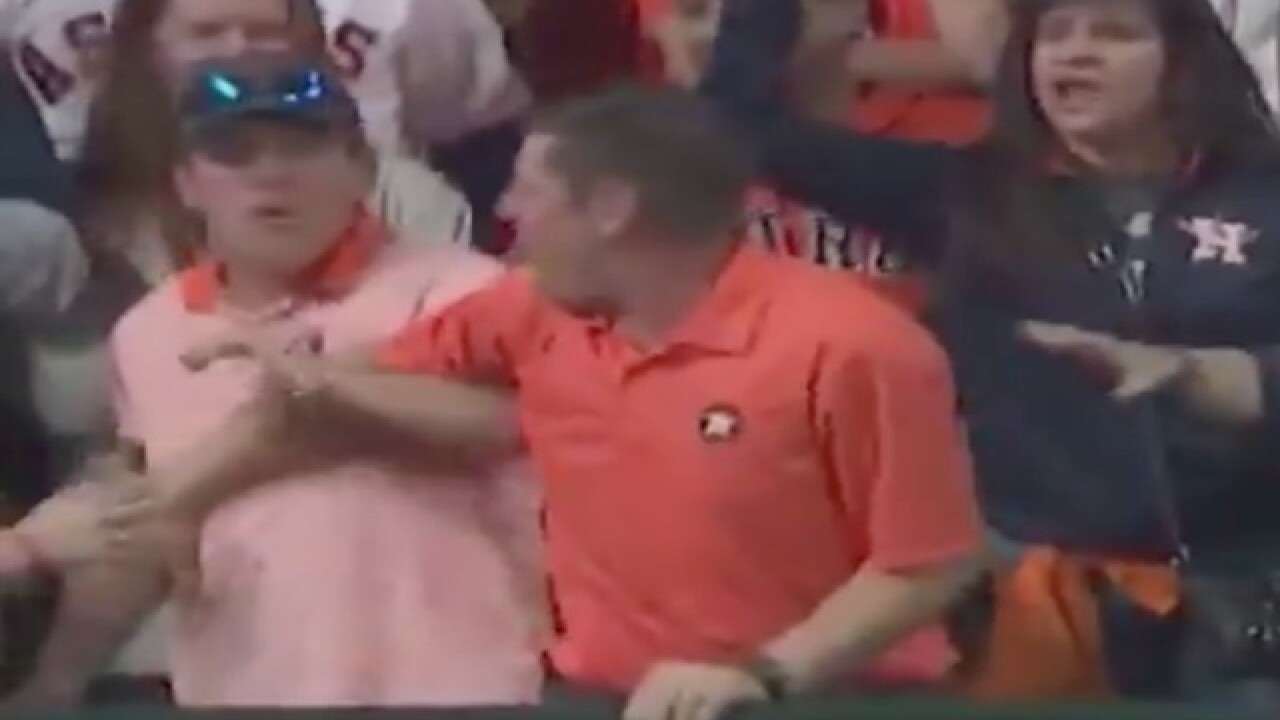 Plenty of strange, incredible things have happened during Game 5 of the World Series in Houston on Sunday night -- and this was one of them.

After the Dodgers' Yasiel Puig hit a home run in the ninth inning to trim the Astros' lead to 12-11 (the Dodgers would eventually tie the game at 12-12), a male Astros fan stole the ball, which was caught by a female fan, and angrily threw it back on to the field. The Astros went on to win 13-12 in 10 innings.

He really stole the ball and threw it back... pic.twitter.com/qXg2pFYc3S

Will Brinson, an NFL writer for CBS Sports, said the ball was caught by his wife's friend.

Buddy’s wife caught a World Series home run ball and his friend STOLE IT AND THREW IT BACK! pic.twitter.com/Maaq8zj8Ia