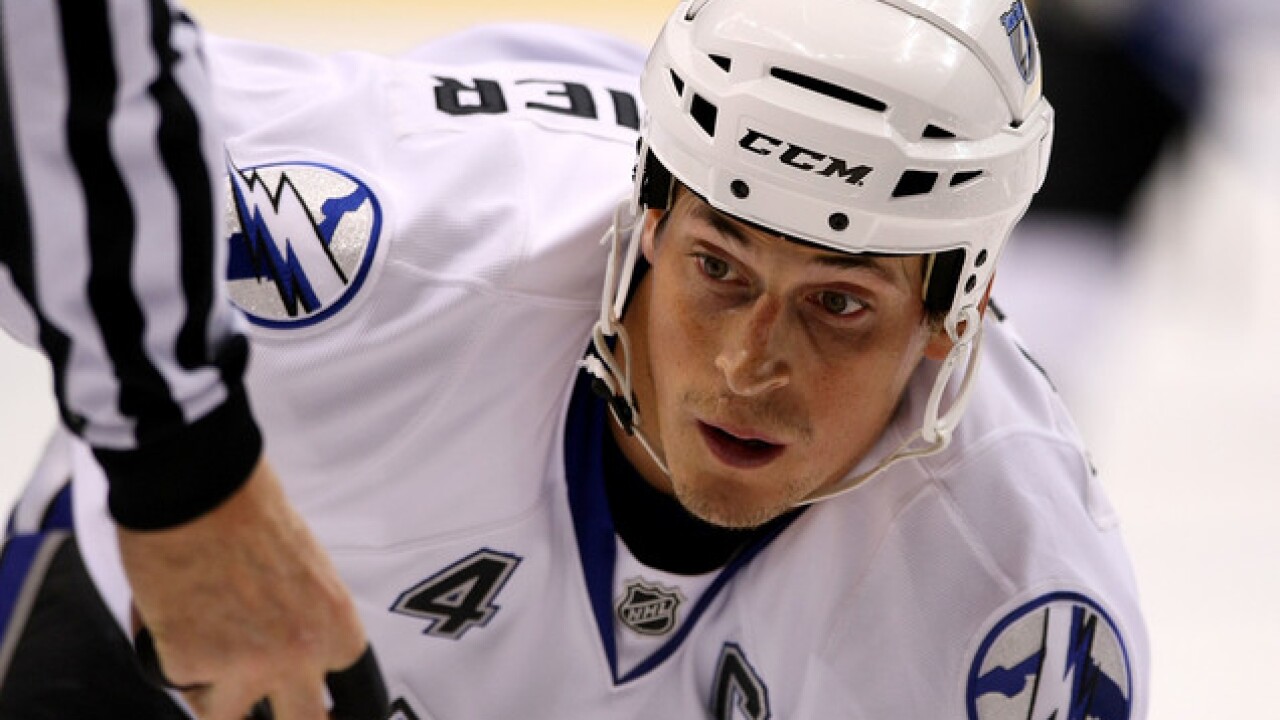 Copyright 2017 Scripps Media, Inc. All rights reserved. This material may not be published, broadcast, rewritten, or redistributed.
Bruce Bennett
<p>LOS ANGELES, CA - JANUARY 12: Vincent Lecavlier #4 of the Tampa Bay Lightning waits for the faceoff against the Los Angeles Kings on January 12, 2009 at the Staples Center in Los Angeles, California. The Lightning defeated the Kings 3-1. (Photo by Bruce Bennett/Getty Images)</p>

The Tampa Bay Lightning has announced that Vincent Lecavlier's number 4 will be retired this season.

Lecavlier is the franchise's all-time leading goal scorer, with 383. He is also the all-time team leader in games played.

He will become the second player in the Lightning organization to have his jersey retired, joining Martin St. Louis.

He will be honored on Saturday, Feb 10 when the Lightning play the Los Angeles Kings at Amalie Arena.

"It is a great honor to have my number retired and I'd like to thank the Lightning organization and Jeff Vinik for recognizing me with this achievement," Lecavalier said. "The Tampa Bay community and our fans have treated me and my family so amazingly that this honor is extra special to share it with everyone. My family and I are very excited for February 10 when we can share so many memories."

Lecavlier was honored by the NHL for his community service in 2008, winning both the King Clancy Memorial Trophy and the NHL Foundation Player Award, in recognition of his commitment and service to charities in the Tampa Bay community.

In October 2007, Lecavalier announced a $3-million commitment to build The Vincent Lecavalier Pediatric Cancer and Blood Disorder Center at All Children's Hospital in St. Petersburg, FL.