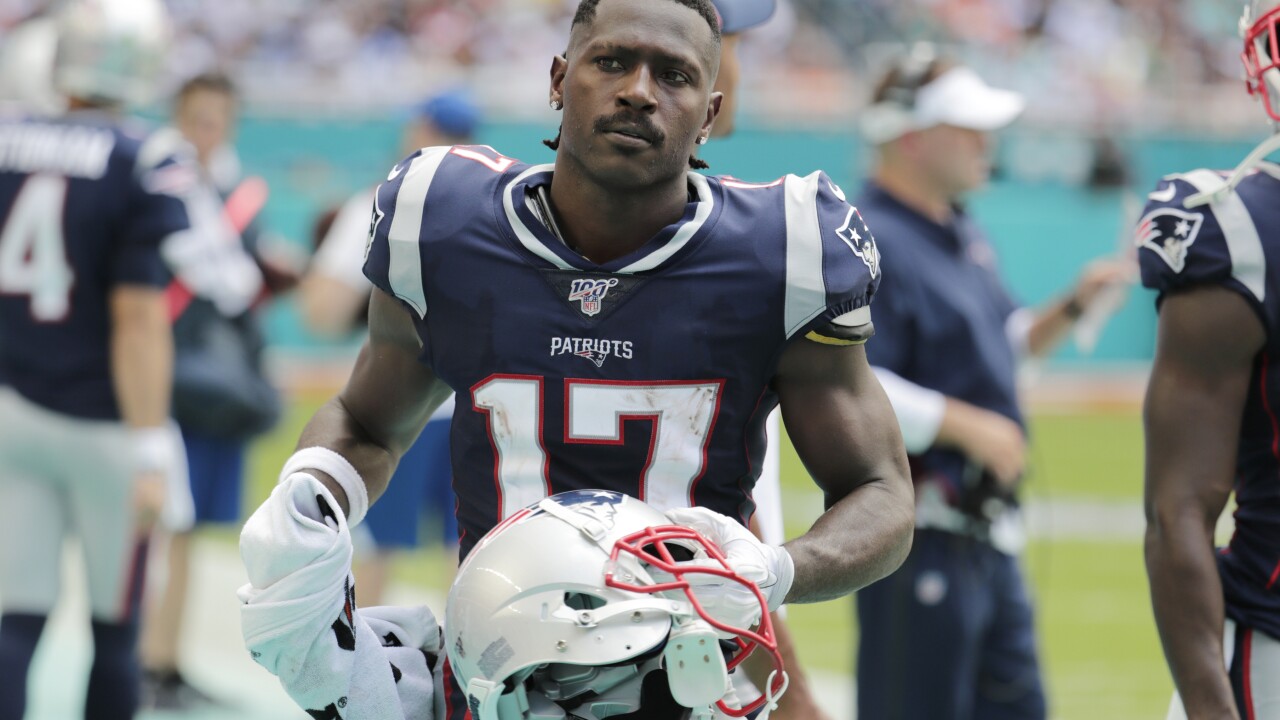 Lynne Sladky/AP
FILE - In this Sunday, Sept. 15, 2019, file photo, New England Patriots wide receiver Antonio Brown stands on the sidelines during the first half at an NFL football game against the Miami Dolphins in Miami Gardens, Fla. Brown has agreed to return to the NFL with the Tampa Bay Buccaneers on a one-year deal, according to a person with knowledge of the move. The person spoke to The Associated Press on condition of anonymity Saturday, Oct. 24, 2020 because the contract had not been completed. (AP Photo/Lynne Sladky, File)

TAMPA, Fla. — The Tampa Bay Buccaneers have made it official.

On Tuesday, the team tweeted out a picture of Antonio Brown with the caption "We've signed WR Antonio Brown."

ABC Action News reported on Friday that Brown was in Tampa working on an agreement with the Buccaneers.

Brown most recently played for the New England Patriots, as a teammate of quarterback Tom Brady.

Brown is serving an eight-game NFL suspension and will not play for the Buccaneers until Sunday, November 8 when the Buccaneers face the New Orleans Saints.

According to a release posted on the Tampa Bay Buccaneer's website, "The signing of Brown adds to an impressive arsenal of offensive weapons surrounding Brady, one that includes wide receivers Chris Godwin and Mike Evans, who ranked second and fourth in the NFL, respectively, in receiving yards per game last season. In his most recent full season, with the Steelers in 2018, Brown caught 104 passes for 1,297 yards and a league-leading 15 touchdown grabs. His 60 touchdowns since 2014 are just ahead of Arizona's DeAndre Hopkins (55) and Evans (54)."