The 60-game Major League Baseball season is set to open July 23rd or 24th. When players, managers, and umpires hit the field, they'll be dealing with new rules aimed at keeping everyone at the stadium safe from COVID-19. 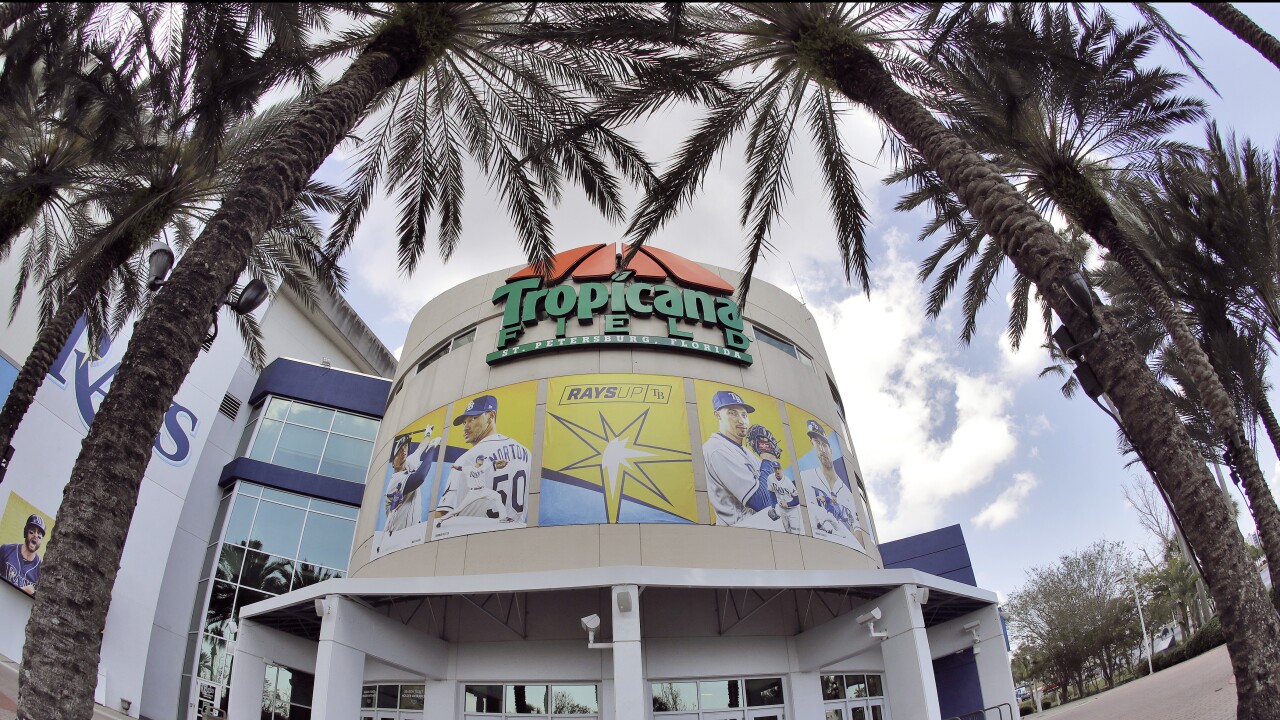 Rays manager Kevin Cash is happy to get back to work.

"Certainly a positive vibe in the air today," he said after Wednesday's team workout.

The MLB season is slated to open July 23 or 24. Cash admitted his staff hasn't gone over much game strategy, but when they do, they'll be navigating through new safety restrictions.

"It’s gonna be different. It’s gonna be challenging," Cash said via video chat. "You guys have read the same protocols that I’ve read, and the same thoughts about limiting exposure, and players, and all of those things. All of that will be factored in and taken very seriously. We will follow those protocols as best we can."

MLB set up those protocols to help prevent the spread of COVID-19. Players are limited in how much time they can spend in the clubhouse.

Any food eaten by the team will be pre-packaged, so no buffets. There will be a limit placed on how many people can be in the dugout. Everyone else will be spaced out in the stands, which won't be a problem because there won't be fans inside the stadiums.

Teams will have 90 minutes to clear the stadium after games. MLB prefers players to wait until they get back to their hotel rooms before showering.

No group home plate celebrations will be allowed. No tobacco is allowed, but players can chew gum or seeds. They just can't spit them out. Especially for pitchers, there will be no finger-licking.

"I don’t know if I even spit that much or lick my fingers that often. But if I do it… sorry!" joked Rays right-hander Tyler Glasnow. "I’m going to try, obviously, to abide by all the rules, and everything in my power I’m going to obviously follow the rules."

Glasnow said he and his teammates already have a group text that includes conversations about safety during the games and afterward.

"I think we’ve all understood we have to make sacrifices for the next however many weeks -- two to three months. It’s basically just going to be home, field, home. We just have to abide by those rules," he said.

It's unclear what all of the penalties are if rules are broken, but USA Today reports that anyone who starts or gets involved in a brawl will be suspended for a third of the season.

Rays general manager Erik Neander confirmed that there have been multiple positive COVID-19 tests within the organization (he would not elaborate due to privacy concerns), but he said no one has tested positive since the voluntary workouts started on May 25.