Favorite Mikaela Shiffrin misses out on slalom medal at Olympics 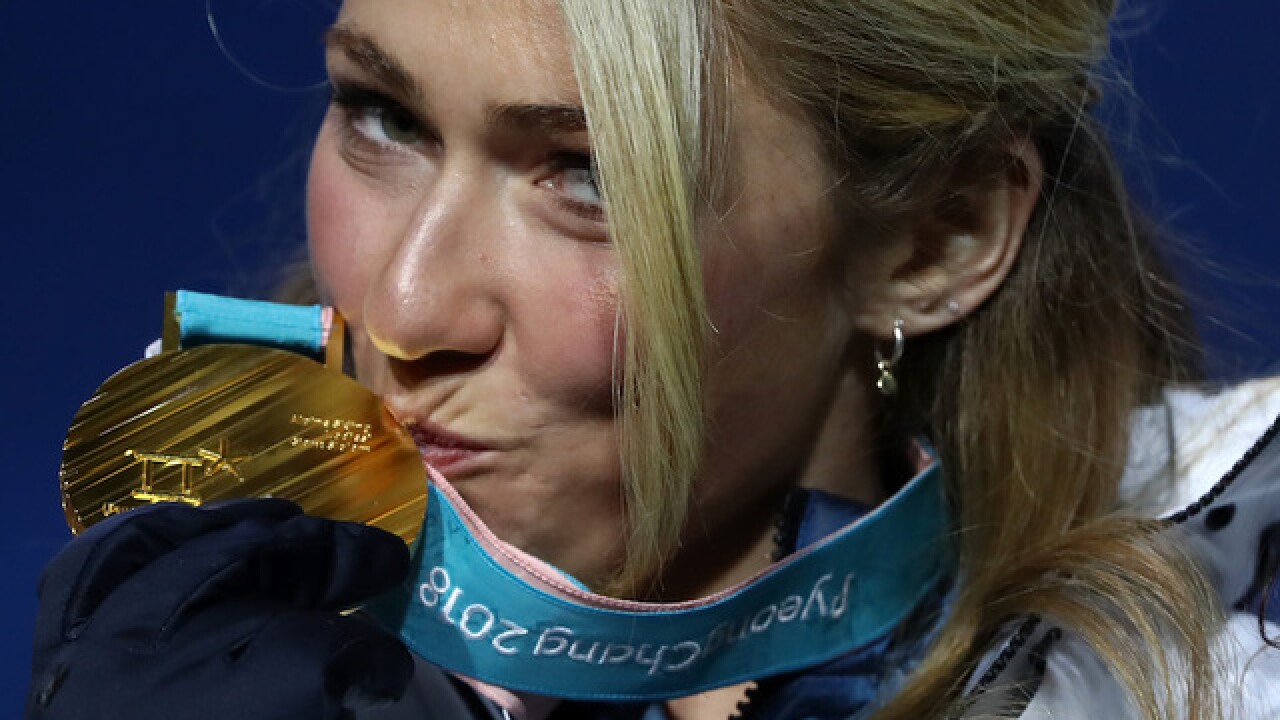 Less than 24 hours after her triumph in the giant slalom came a reminder that Olympic titles do not come easily, not even for phenomenal talents like Mikaela Shiffrin.

The 22-year-old defending champion, the overwhelming favorite, missed out on a medal in the slalom, finishing fourth to end her dream of becoming the first skier to win successive Olympic gold medals in the event.

Having already withdrawn from Saturday's super-G, the talented all-rounder -- set to compete in all five Alpine events before these Games began -- may now only race in next week's alpine combined.

She told reporters that she would decide on whether she would take part in Wednesday's downhill once she had trained on the course.

"The downhill decision is going to based basically on how everyone does on the training runs," the American told reporters. "I'm ready to see the downhill course and see how I feel."

With three slalom world titles and 30 World Cup slalom victories to her name, including five this season, it seemed Shiffrin could not lose. But on the biggest stage of all came an untimely reminder.

"Every single loss that I've ever had I remember that feeling so thoroughly it's like a piece of my heart breaks off and I can never get it back and today is no different to that," she said.

In the aftermath of the unexpected result at the Yongpyong Alpine Centre, the focus remained on Shiffrin with the most talented skier of her generation negotiating a maze of TV crews and reporters to explain her disappointing performance.

"I don't have an explanation," said the 2017 World Cup overall champion.

"For sure I'm going to be going back and evaluating the whole day, my whole team, everybody who's around me, they know me the best, and we'll all figure what happened and try to avoid that kind of thing in the future."

Vomiting at the start gate

Before her first run, which had left her 0.48 seconds behind leader Holdener, Shiffrin vomited at the start gate.

She has a history of throwing up before races because of nerves, but speaking to reporters immediately after her opener she said it had "almost felt like a virus," only to later say she was "pretty sure" it was just nerves.

'I'm the best slalom skier in the world'

Further errors during the second run meant that Shiffrin was never in contention for gold, finishing with a combined time of 1:39.03 -- 0.40 seconds behind Hansdotter.

Shriffin seized gold in the giant slalom Thursday, her second Olympic title four years after she became the youngest Olympian to win the slalom in Sochi aged 18.

Usually in bed by 8.30 p.m., Shiffrin said she did not get to bed until 10 p.m. because of the giant slalom medal ceremony.

She admitted that the emotion of Thursday's win had impacted on her performance in the slalom.

"I let myself feel too much yesterday [Thursday]," she said.

"When you have two races in a row it's important to keep that mental energy stable and I didn't really do that so all of the tools that I have that make me feel equipped to handle whatever pressure I feel I didn't have anymore."

Shriffin said she managed to control her nerves for her second run, but didn't feel herself on her skis.

"My mentality was definitely better in the second run. I didn't puke. I was feeling much more in control of myself, but after how I skied in my first run I just wasn't there," she said.

"I'm more disappointed with how I felt on my skis than being in fourth. I know I'm the best slalom skier in the world. What I did in the race wasn't anywhere close to that, not even close to what I was doing in my free skiing but the race is what counts."

The 32-year-old Hansdotter has won four World Cup slaloms and 31 podium places in a career which began in 2009.

"It's nice for me to beat her for once, because she has been beating me so many times," she said of Shiffrin after emulating countrywoman Anja Paerson's slalom gold in 2006.

He won downhill gold in Sochi and now Austraian Matthias Mayer has added silver in super-G at PyeongChang 2018.

The Austrian, ninth in Thursday's downhill, put down a storming run under clear skies at the Jeongseon Alpine Centre to beat Swiss Beat Feuz, bronze medalist in the downhill, by 0.13 seconds.

Norway's Kjetil Jansrud clinched bronze to add to his downhill silver from South Korea but downhill champion Aksel Lund Svindal, who became the oldest Olympic skiing gold medalist at the age of 35, could only finish fourth.

Mayer broke the Norwegian straneghold on the Olympic super-G which stretches back to his countryman Hermann Maier's win in Nagano in 1998.

Jansrud, Svindal and Kjetil Andre Aamodt (twice) have won in the intervening years.

Mayer's father Helmut won a silver medal in the inaugural super-G at the Winter Olympics in Calgary, Canada in 1988.