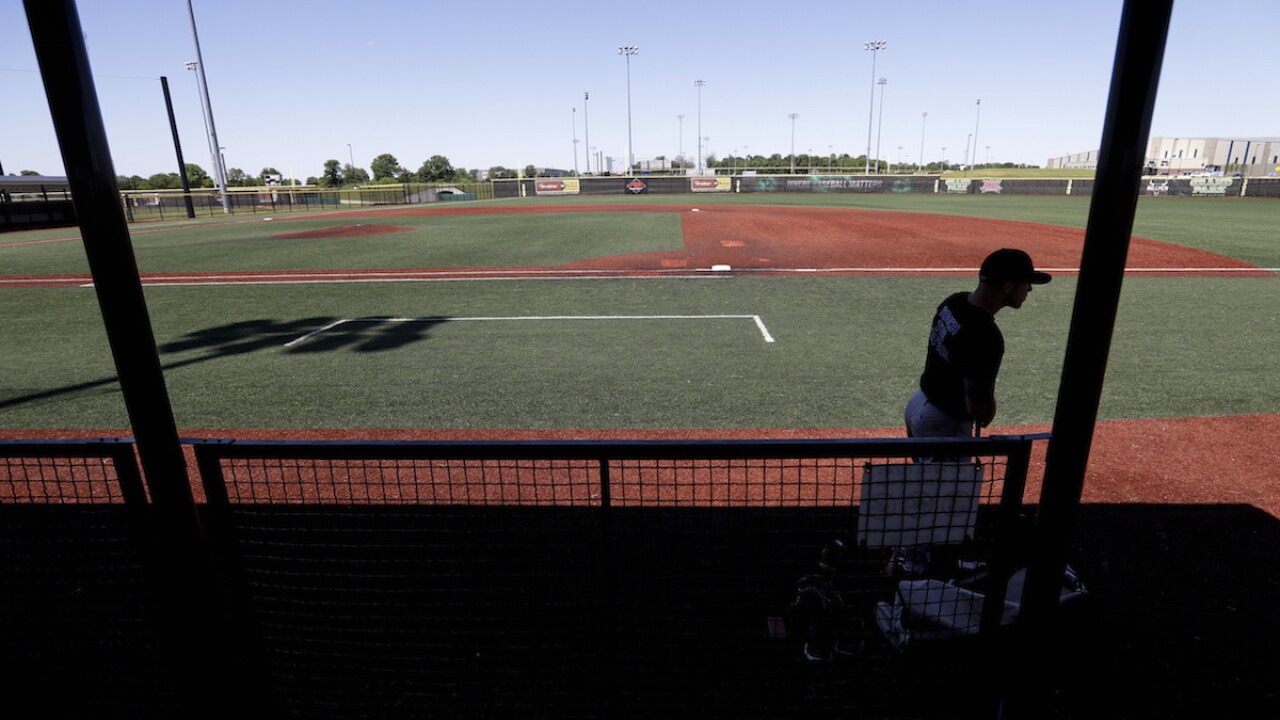 Copyright 2020 The Associated Press. All rights reserved.
Darron Cummings/AP
Marshall Rich leaves the field following a workout at Grand Park, Friday, June 12, 2020, in Westfield, Ind. Proceeds from the event will go to Reviving Baseball in the Inner City of Indianapolis. (AP Photo/Darron Cummings)

After the MLB Players Association said on Monday that it has rejected the latest proposal from baseball owners to resume play, MLB says it is ready to move forward with framework that the players and owners agreed to shortly after the season was postponed in March.

MLB is now asking if players will be able to report on July 1 for training camp, and if the players will agree to health and safety protocols imposed by MLB. MLB is giving the players' union until Tuesday night to respond.

MLB said in a statement, “Today, the Major League Baseball Players Association informed us that they have rejected the agreement framework developed by Commissioner Manfred and Tony Clark. Needless to say, we are disappointed by this development.

MLB said that the proposal rejected by players included the expansion of the MLB playoffs and a universal DH.

“The MLBPA Executive Board met multiple times in recent days to assess the status of our efforts to resume the 2020 season.

“Earlier this evening, the full Board reaffirmed the players' eagerness to return to work as soon and as safely as possible. To that end we anticipate finalizing a comprehensive set of health and safety protocols with Major League Baseball in the coming days, and we await word from the league on the resumption of spring training camps and a proposed 2020 schedule.

“While we had hoped to reach a revised back to work agreement with the league, the Players remain fully committed to proceeding under our current agreement and getting back on the field for the fans, for the game, and for each other.”

The players union has complained that the league is attempting to play the fewest number of games possible.

“The commissioner has repeatedly threatened to schedule a dramatically shortened season unless players agree to hundreds of millions in further concessions,” the MLBPA said on June 13. “Our response has been consistent that such concessions are unwarranted, would be fundamentally unfair to players, and that our sport deserves the fullest 2020 season possible.”

The framework released late Monday does not stipulate an exact number of games, but it is believed that MLB will try to complete 50 to 60 games for the 2020 season.