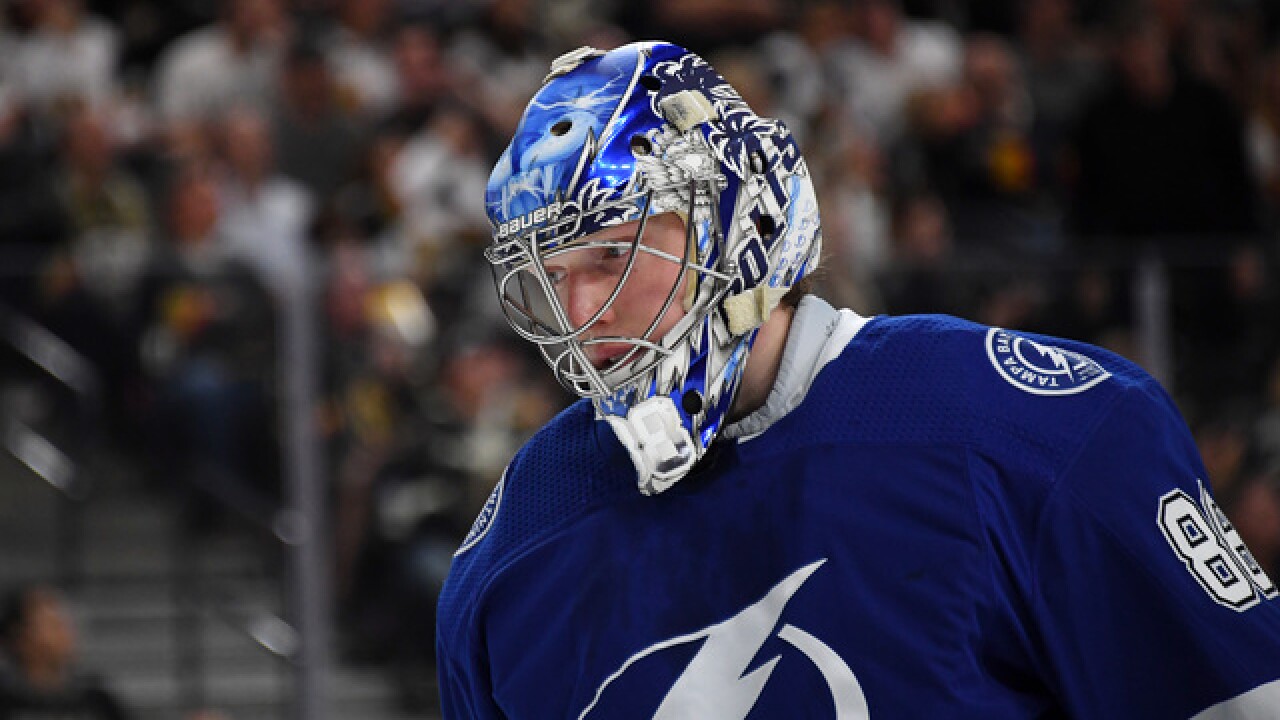 Image copyright 2018 Getty Images. All rights reserved. This material may not be published, broadcast, rewritten, or redistributed.
Ethan Miller
<p>LAS VEGAS, NEVADA - OCTOBER 26: Andrei Vasilevskiy #88 of the Tampa Bay Lightning takes a break during a stop in play in the second period of a game against the Vegas Golden Knights at T-Mobile Arena on October 26, 2018 in Las Vegas, Nevada. The Lightning defeated the Golden Knights 3-2. (Photo by Ethan Miller/Getty Images)</p>

Tough break for the Lightning. No pun intended. Sounds like Andrei Vasilevsky fractured his left foot and will be out for awhile.

The 24-year-old goalie has started 13 games this season, logging a record of 9-3-1 in those games.

His backup Louis Domingue has a 3-2 record in five games this year, most recently coming off a loss to the Sabres Tuesday.

Domingue played in 12 total games for the Bolts last season and won 7 of them, posting a goals against average of 2.89.

Goaltender Eddie Pasquale has been recalled from the Syracuse Crunch.

The Lightning will look to bounce back from a two-game losing streak in Pittsburgh Thursday night.