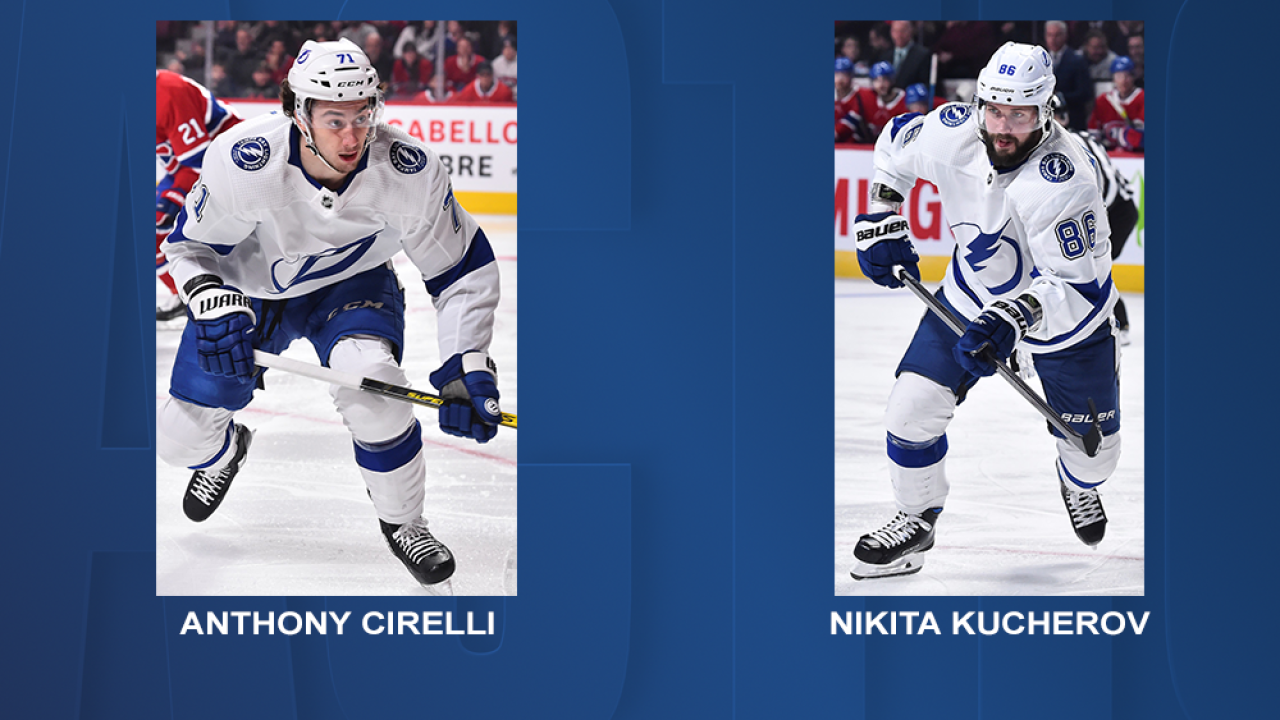 Bolts star forward Nikita Kucherov was taken to the dressing room seconds before the end of the second period after crashing into Penguins defenseman Jack Johnson.

The team announced on social media that both Kucherov and teammate Anthony Cirelli will not return to the game. Both Bolts forwards are believed to have injured their lower bodies.

Kucherov, the league's reigning Hart Trophy winner -- which goes to the most valuable player in the NHL -- left Tuesday night's game with 70 points (27 goals, 43 assists) so far this season. Kucherov was credited with setting up Mikhail Sergachev's goal in the second period to not only help Tampa Bay tie the game up against Pittsburgh in the second period of Tuesday's game, but also record his 43rd assist of the 2019-2020 campaign.

Team officials did not say when the two will return to action. Tampa Bay went on to beat Pittsburgh 2-1 in overtime.