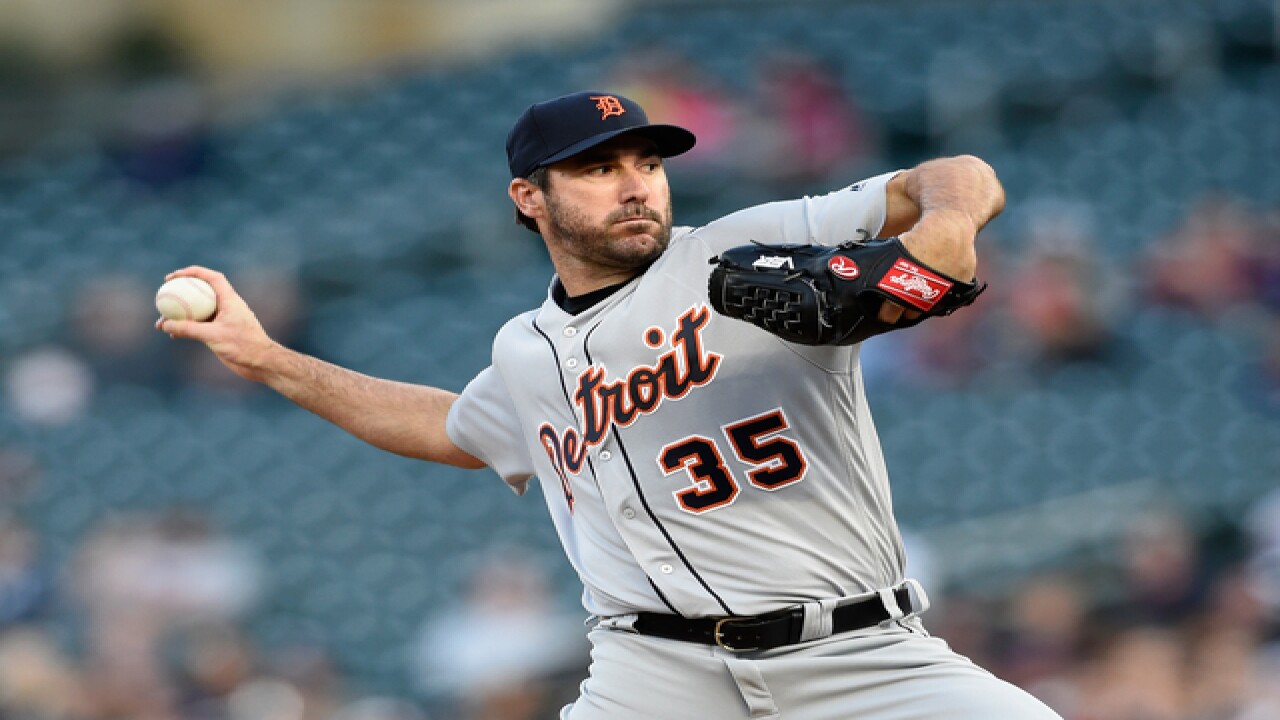 Copyright 2017 Scripps Media, Inc. All rights reserved. This material may not be published, broadcast, rewritten, or redistributed.
Hannah Foslien
<p>MINNEAPOLIS, MN - APRIL 21: Justin Verlander #35 of the Detroit Tigers delivers a pitch against the Minnesota Twins during the first inning of the game on April 21, 2017 at Target Field in Minneapolis, Minnesota. (Photo by Hannah Foslien/Getty Images)</p>

Detroit Tigers pitcher Justin Verlander tweeted a great reaction after Thursday's game against the New York Yankees, although it's unclear what he was tweeting about.

He could have been tweeting about the bench clearing brawl started by Miguel Cabrera, or he could have been referring to his own heated confrontation with teammate Victor Martinez after the brawl.

Whatever the reason, it was clear that he thought things did, in fact, escalate quickly.