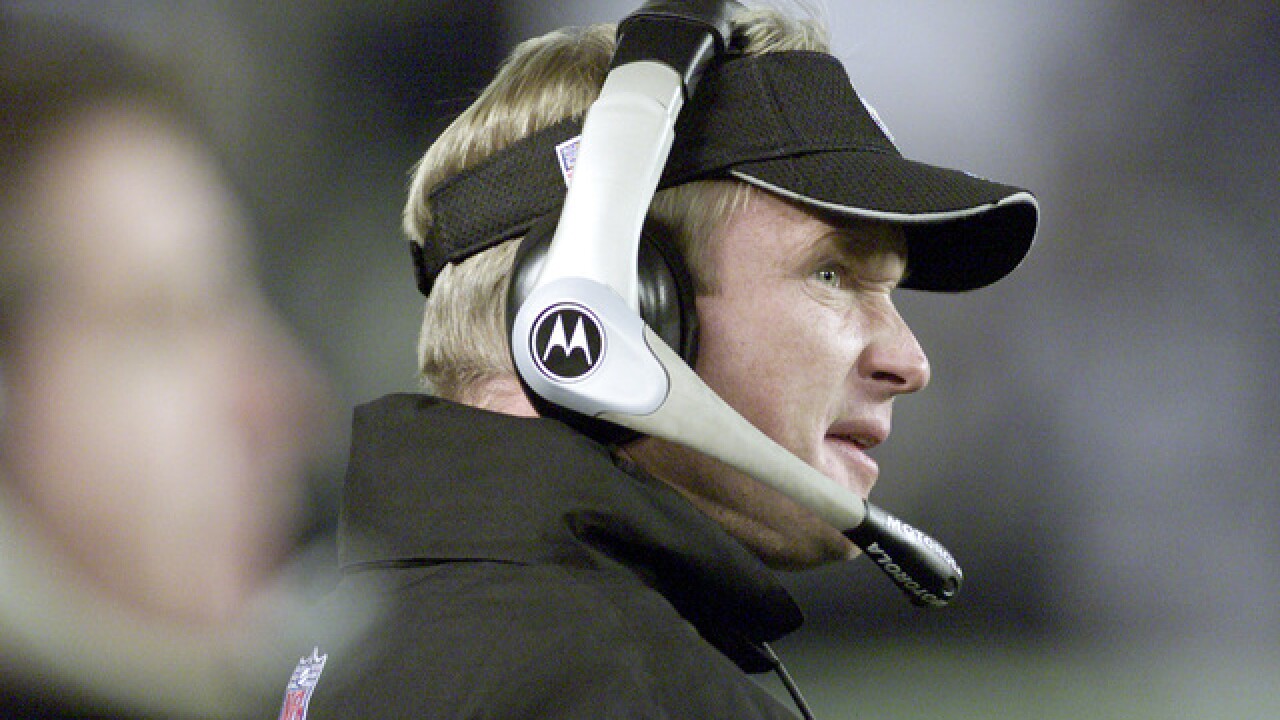 It looks like Jon Gruden will return to once again be the head coach of the Oakland Raiders after being out of coaching for 10 years, NFL.com reports.

NFL Network Insider Ian Rapoport reports that the team is planning to introduce Gruden as their next head coach during a news conference on Tuesday.

The #Raiders coaching staff under Jon Gruden will be the most expensive in @NFL history: Jon Gruden will make $100M over 10 years. Coordinators are getting 4 year deals, sources say. 2 years in Oakland, 2 in Las Vegas.

The previous coach Jack Del Rio was fired after the last game of the season, and Gruden is set to interview with them Monday.

He last coached for the Tampa Bay Buccaneers, leading them to their first and only Super Bowl. However, prior to that he coached in Oakland for 4 seasons.

Since 2009, he has been a color commentator for ESPN's Monday Night Football.

The Raiders will still be in Oakland for the upcoming season before their eventual move to Las Vegas.

Rumors surrounding Gruden and coaching jobs have been swirling for years, but if all goes according to plan, he will be announced on Tuesday.