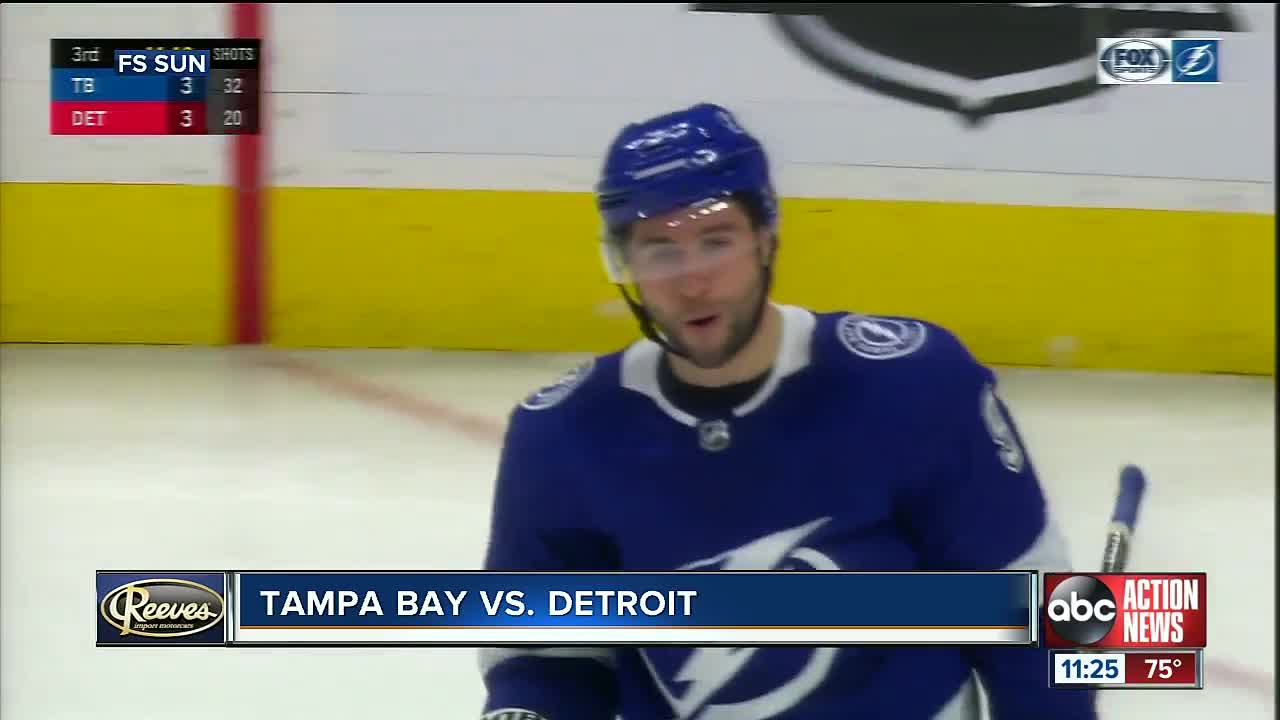 Steven Stamkos tied Vincent Lecavalier for Tampa Bay's career lead in goals, Nikita Kucherov scored twice in the third period and the Lightning rallied from a three-goal deficit to beat the Detroit Red Wings 5-4 on Thursday night. The Red Wings led 3-0 in the second when Stamkos scored on the power play to start Tampa Bay's comeback. His 383rd goal pulled him even with Lecavalier, and the NHL-leading Lightning weren't done. The league's highest-scoring team added four goals in the third, with Kucherov and Tyler Johnson scoring 26 seconds apart to give Tampa Bay the lead with 11:10 remaining. Kucherov made it 5-3 with 3:22 left. 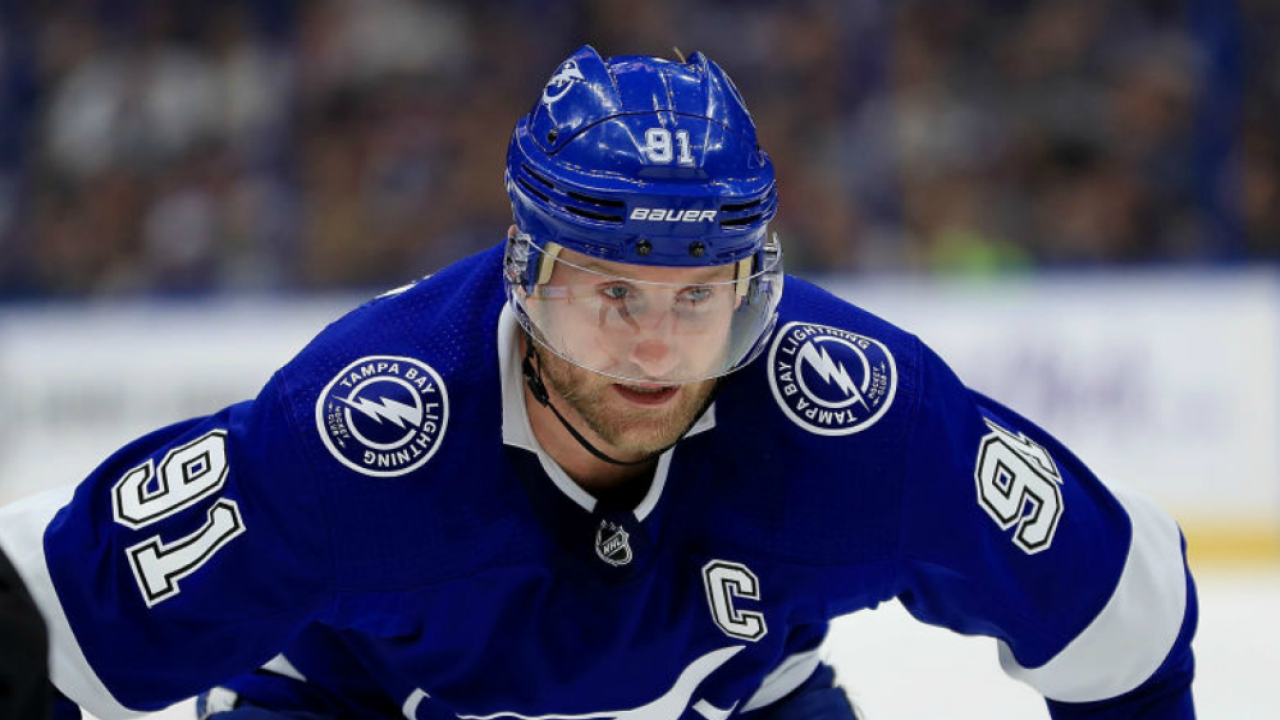 The Red Wings led 3-0 in the second when Stamkos scored on the power play to start Tampa Bay’s comeback. His 383rd goal pulled him even with Lecavalier.

“It feels a lot better now than it did when it happened — to do it in a win,” Stamkos said. “It’s something you probably process a little later, but just a huge honor to be sharing that with Vinny right now. He was so instrumental to me in my career and what he meant to this organization.

Stamkos made it 3-1, and the NHL-leading Lightning weren’t done. The league’s highest-scoring team added four goals in the third, with Kucherov and Tyler Johnson scoring 26 seconds apart to give Tampa Bay the lead with 11:10 remaining. Kucherov made it 5-3 with 3:22 left.

Brayden Point also scored for the Lightning, early in the third. Madison Bowey, Darren Helm, Justin Abdelkader and Michael Rasmussen scored for the Red Wings, who lost for the 12th time in 13 games.

“I thought it was a bit deceiving with a 3-0 lead. We had a 3-0 lead, which is great. You’re putting yourself in position to win. But it wasn’t like we were dominating the game,” Detroit coach Jeff Blashill said. “If anything, they started to carry the play at 2-0. Especially in the first I thought we got hemmed in our zone a bunch.”

Bowey opened the scoring in the first with a shot from just inside the blue line. It was only the second goal of the young defenseman’s career and his first since arriving last month in a trade with Washington.

The Lightning had plenty of time in the offensive zone in the first period, but the Red Wings were dangerous on the counter. Helm struck while Detroit was short-handed, breaking in on a 2-on-1 and beating goalie Andrei Vasilevskiy for his 100th career goal.

Early in the second, Abdelkader slipped behind the Tampa Bay defense and scored to make it 3-0, but Stamkos answered with his 35th goal of the season, beating goalie Jimmy Howard with a wrist shot from the left circle to tie Lecavalier.

“Fortunate to be able to coach him for a number of years now, so I’ve been in the cat seat for a lot of his goals,” Lightning coach Jon Cooper said. “First of all, they’re two unreal guys. Vinny’s an icon in our franchise.”

Point’s 38th goal of the season cut the lead to one early in the third, then Kucherov tied it on a slap shot just 4 seconds into a Tampa Bay power play. Johnson made it 4-3 almost immediately thereafter, and Kucherov added his 35th of the season, beating Howard from in tight.

Rasmussen scored on a scramble in front to bring the Red Wings back within one with 1:42 remaining.

NOTES: The Lightning also matched a franchise record with their 25th road win of the season. ... Kucherov, who also had two assists, posted his NHL-leading 34th multipoint game. He has twice as many multipoint games as pointless games this season, and he increased his league-leading point total to 115.