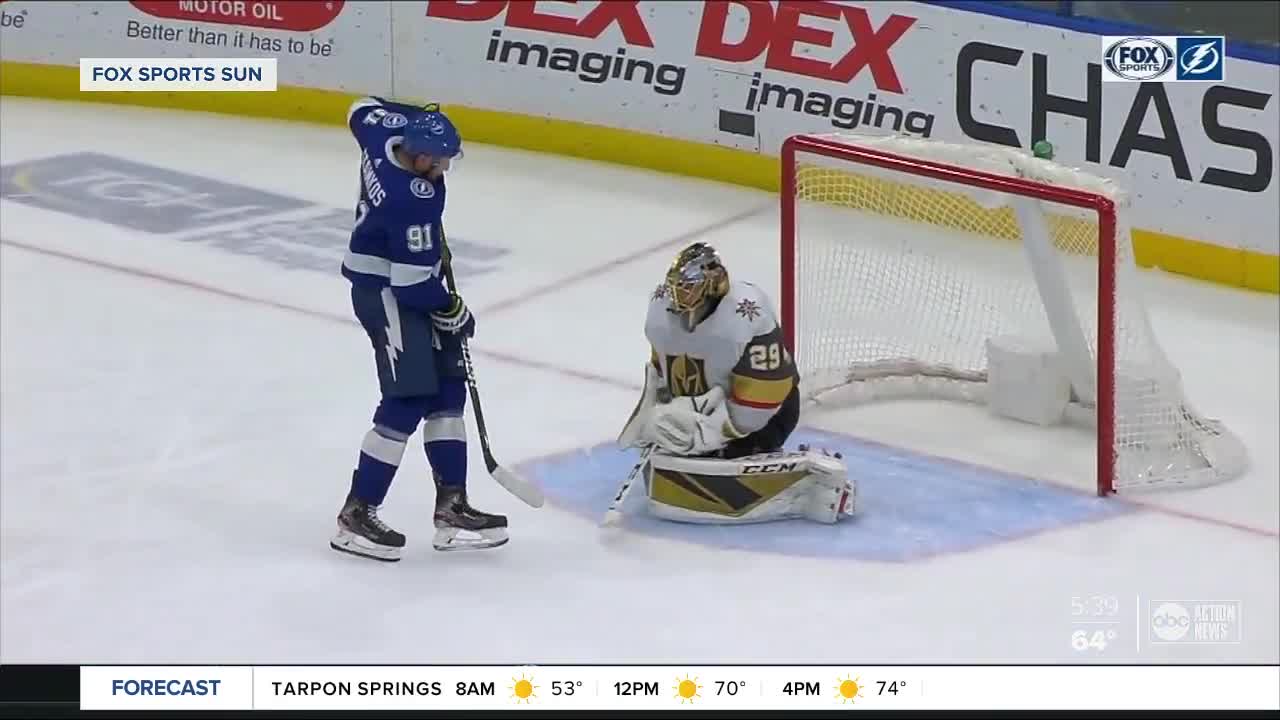 Steven Stamkos tipped in his 24th goal of the season to lead the Lightning to a 4-2 win over the Golden Knights on Tuesday night. Story: https://wfts.tv/2SmpMQa 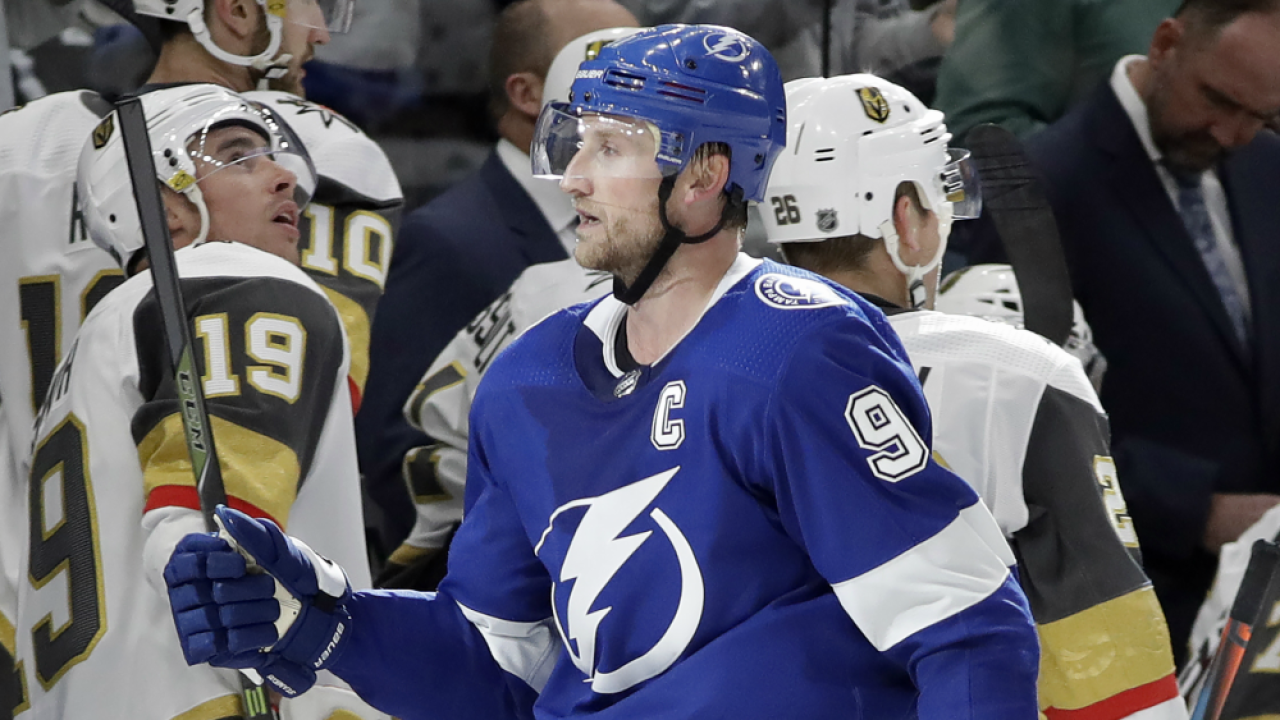 TAMPA, Fla. (AP) — Steven Stamkos tipped in his 24th goal of the season in the third period and led the Tampa Bay Lightning to a 4-2 win over the Vegas Golden Knights on Tuesday night.

Andrei Vasilevskiy made 28 saves and extended his streak of consecutive games without a regulation loss to 16 games, matching the franchise record set by Nikolai Khabibulin in 2002-03.

“The record, that’s good, but a better place in the standings, even better,’’ said Vasilevskiy, who hasn’t lost a regulation game since Dec. 14 and helped the Lightning move in to second place in the Atlantic Division, seven points ahead of third-place Florida.

Stamkos was in front of Fleury when Point wheeled around from the high slot and sent a shot on net that Stamkos deflected just inside the right post at 10:36, extending his scoring streak to seven games.

“I was hoping (Point) would just spin and fire it because I knew I had good position in front of the net,’’ Stamkos said. “Anytime you do tip it you (are trying) tip it but it doesn’t always happen, but it was nice to see that one go in.’’

Point opened the scoring with his 19th goal of the season, scoring on a wrist shot from between the circles at 10:57 of the first period. Carrier pulled Vegas even at 15:42. He took a pass from Brayden McNabb and sent a wrist a shot past Vasilevskiy for his sixth goal of the season.

Tampa Bay regained the lead late in the period on a double deflection. Ondrej Palat’s shot first hit the blade of Anthony Cirelli’s stick and then the shaft of Johnson’s stick, finding the back of the net at 17:57.

Vegas failed to take advantage of three power-play chance in the second period as the league’s fourth ranked penalty kill unit limited the Golden Knights to one shot on goal and four total attempts during the 5:07 of total time with the man advantage.

“You come in here and you’ve got to do everything right,’’ DeBoer said. “You’ve got to win the special teams, you’ve got to be opportunistic, you’ve got to work hard and try to limit them. We did a lot of those things, but there’s a reason their record is what it is. They don’t need a lot of looks to stick pucks in the net.”

Vegas scored a tying goal early in the third period as Stastny tipped a shot from Jonathan Marchessault and tucked it inside the left post at 3:47.