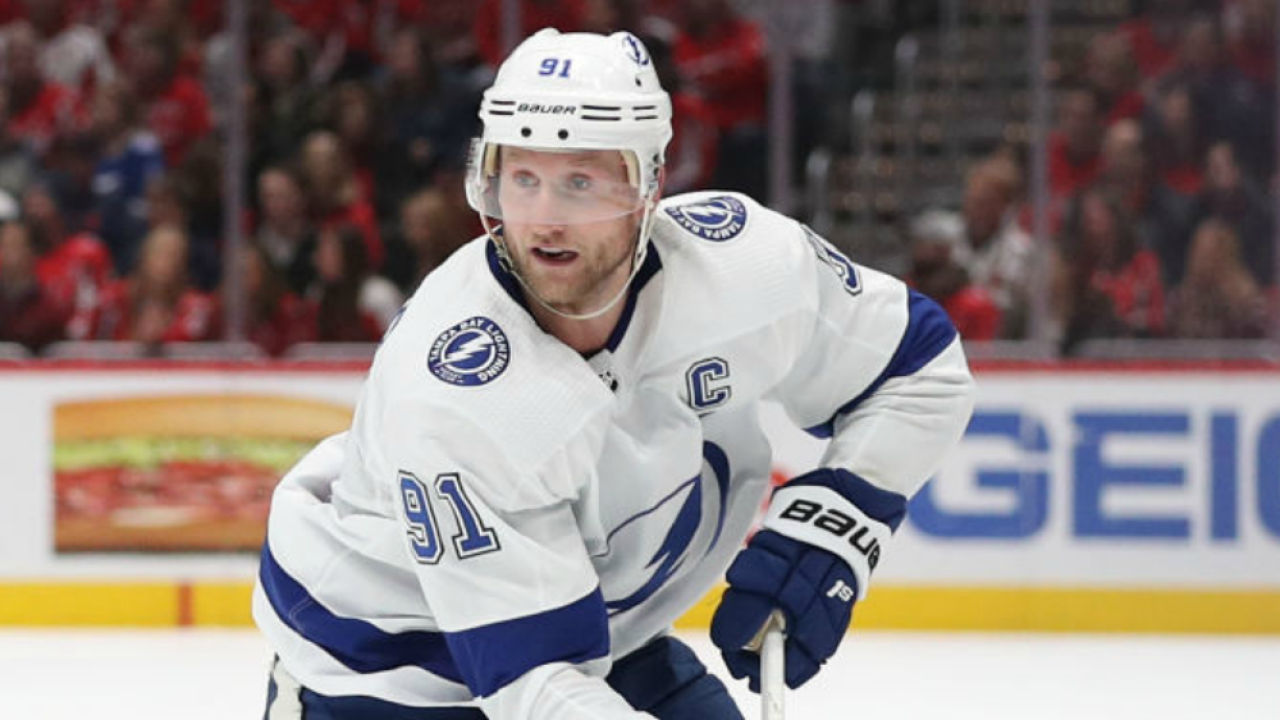 Copyright 2019 by Getty Images
Patrick Smith/Getty Images
WASHINGTON, DC: Steven Stamkos of the Tampa Bay Lightning in action against the Washington Capitals during the first period at Capital One Arena on November 29, 2019 in Washington, DC.

Stamkos and Alex Killorn scored to lead the Lightning over the Florida Panthers 2-1 on Tuesday night. Andrei Vasilevskiy stopped 27 shots for Tampa Bay, which lost 5-1 at home to the New York Islanders on Monday night.

“It was a great effort,” coach Jon Cooper said. “It was a game where we seemed like we played pretty consistent all the way through. On a back-to-back like that when we’re traveling, pretty impressed with the way the guys played.”

Evgenii Dadonov had the goal for the Panthers. Sergei Bobrovsky made a season-high 46 saves in his third straight start, but it was a wasted effort as Florida played like the team that was tired.

“He had a very good game again tonight,” Panthers coach Joel Quenneville said. “I thought he was outstanding. It’s disappointing we didn’t help him out.”

“They played it like it was one of the biggest games of the year for them,” he added. “It was a good measuring stick for us to meet that type of challenge. It’s a learning curve and we have to be better and expect a much better performance from our team.”

Stamkos gave the Lightning a 1-0 lead when he weaved his way through the defense in front and swept the puck in with 13:18 left in the first period.

“We talked about it last game that we needed to tighten up. I thought we did a great job,” Stamkos said. “I thought it was a good response from us.”

Killorn made it 2-0 at 4:51 of the second when he grabbed a rebound and put the puck behind Bobrovsky.

“They’ve got so many good skilled (players) up front,” Bobrovsky said. “Unfortunately, to lose that hockey game was big for us. But we still did some good things in the game.”

Dadonov’s goal with two minutes remaining in the game cut it to 2-1.

“Obviously back-to-back, but they weren’t tired,” Panthers center Jonathan Huberdeau said. “They came at us. They were good, but I think it’s our fault. We looked flat and we’ve just got to be better than that if we want to win some games.”

The Panthers appeared to score when Brett Connolly deflected a shot from MacKenzie Weegar into the net with 8:51 to go in the third. It was initially ruled a goal but that was overturned when Connolly was called for a high stick.

“They usually stay with the call but maybe they had a different view of it,” Quenneville said.