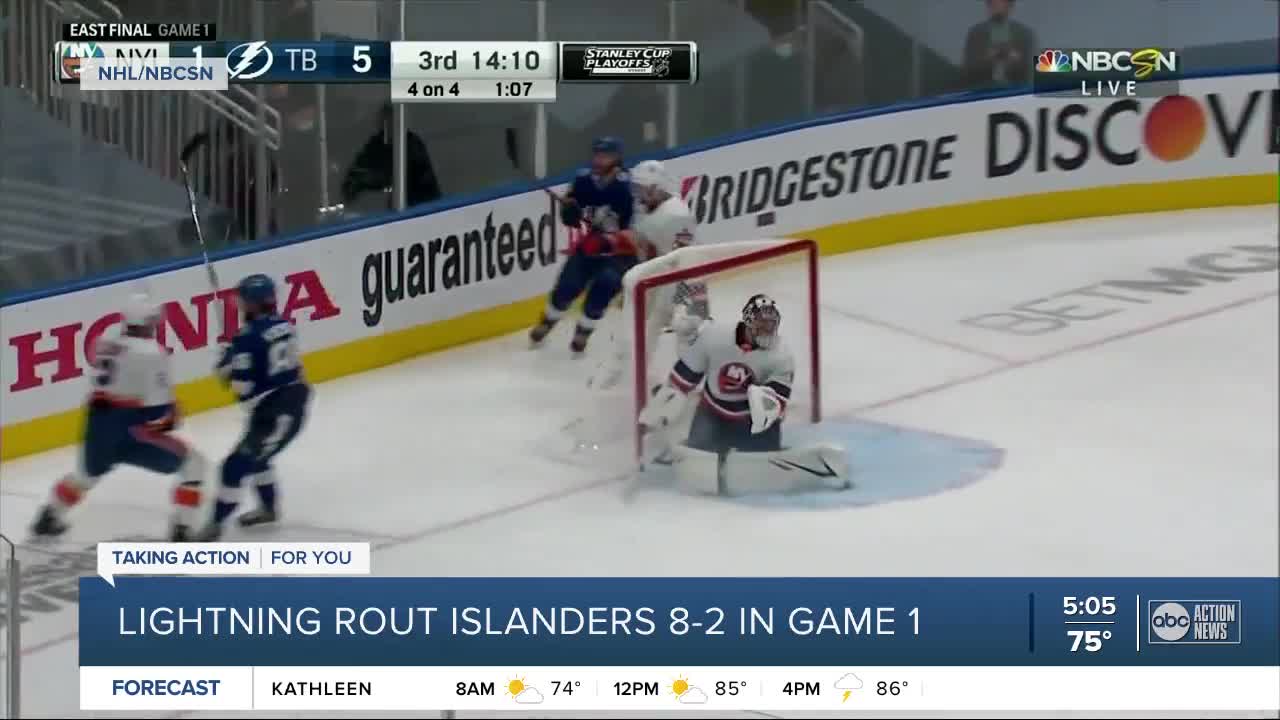 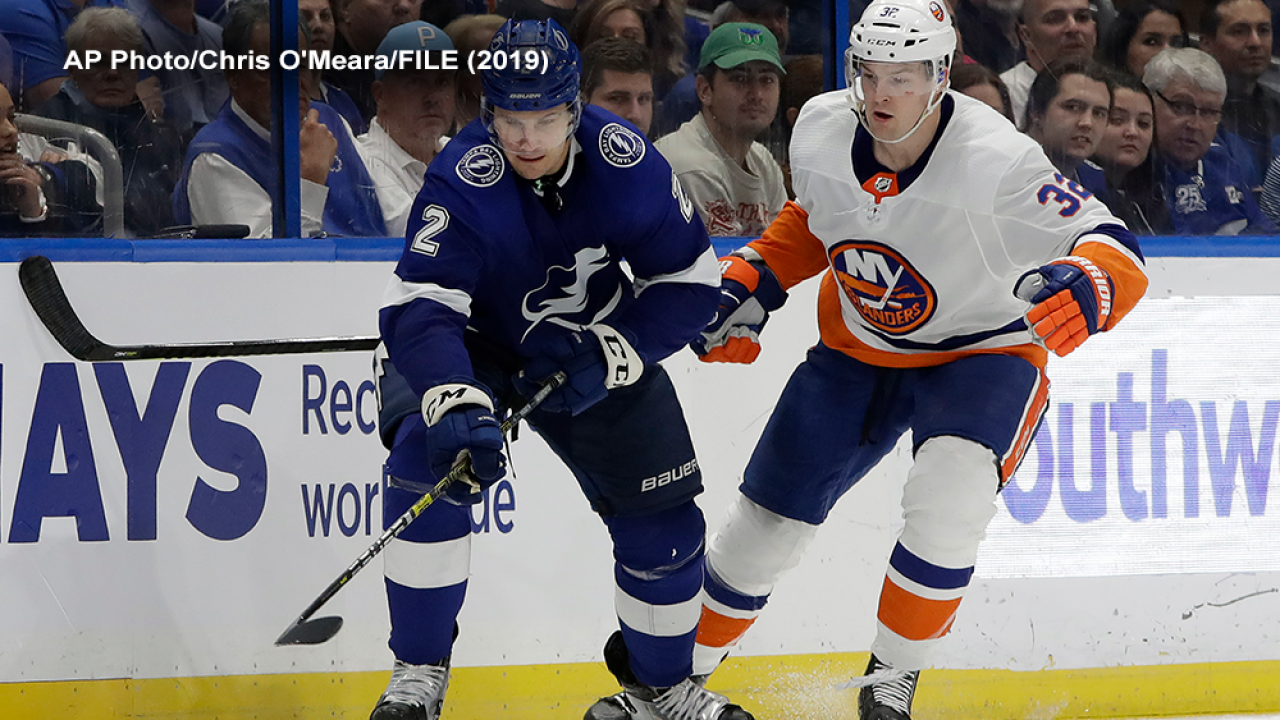 EDMONTON, Alberta — The Tampa Bay Lightning were able to avoid another playoff overtime after a late goal from Nikita Kucherov in Game 2 of the Eastern Conference Final.

The Lightning now control the series with a 2-0 lead over the New York Islanders after Tampa Bay's dramatic win in regulation on Wednesday night.

The Islanders drew first blood less than 90 seconds into the opening faceoff after Matt Martin found the back of the net.

Near the end of the first period, Lightning's Victor Hedman's slapshot put Tampa Bay on board, tying the game at 1-1.

Kucherov then scored with about nine seconds left in regulation.

New York took the ice in much better form after being clobbered by Tampa Bay 8-2 in Game 1.