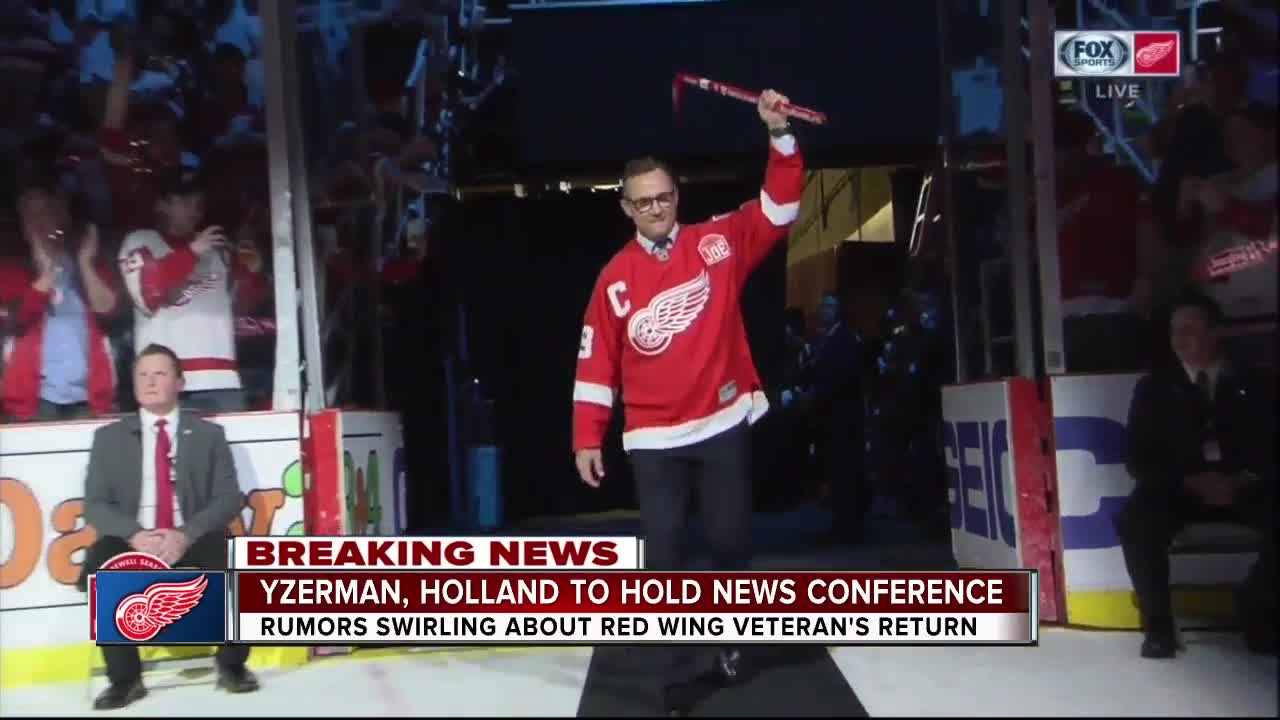 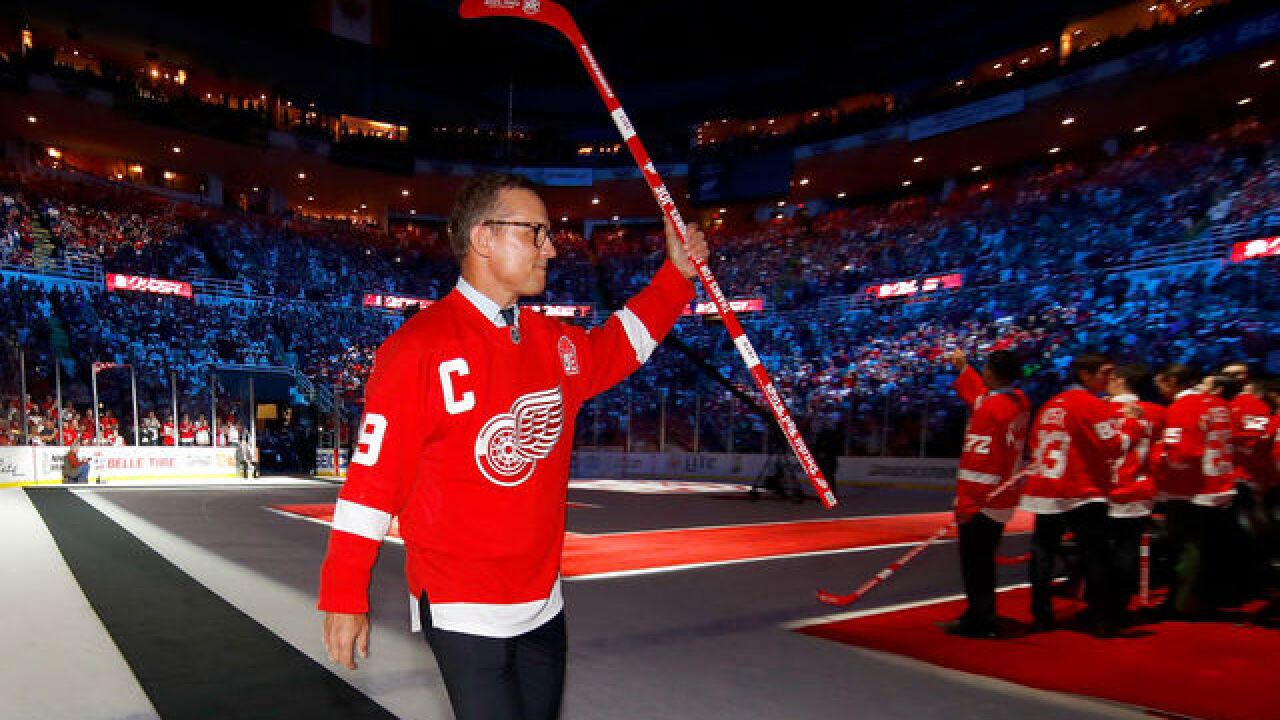 DETROIT (WXYZ) — The Captain is coming home. Steve Yzerman will be the new Detroit Red Wings general manager and executive vice president. Team owner Christopher Ilitch made the announcement during a press conference on Friday afternoon.

Ken Holland has also signed a multi-year extension and will be the team's senior vice president.

Yzerman, 53, was hired as the general manager for the Tampa Bay Lightning in 2010 until he announced in September he would step down. With a year still left on his contract, Yzerman served as an adviser to the team.

Yzerman also said he plans on "getting the team back in contention for Stanley Cup Championships. That is expected."

“I’m extremely honored to be named General Manager of the Red Wings,” said Yzerman. “I’m very grateful to the Ilitches, both for their support when I left to become General Manager of the Lightning, and for their kindness in welcoming my family and me back to the organization. I’d also like to thank Ken Holland. I was fortunate to learn the management side of the game from Jim Devellano, Ken and others in the Red Wings organization for four seasons after I retired, and I’m very happy to have the opportunity to work alongside them once again. It was very humbling to be approached about returning home to become General Manager, and I’m looking forward to building on the exciting young core Ken has already put in place.”

The Lightning were the best team in the NHL this season but were swept in the first round of the Stanley Cup Playoffs by the Columbus Blue Jackets.

When Yzerman announced he was stepping down as Lightning GM, he said it was to "spend more time with his family," and he still owns a home in metro Detroit.

During his tenure as Lightning GM, the team made it to the Stanley Cup Finals in 2015 but lost the series 4-2 to the Chicago Blackhawks. They also had three appearances in the conference finals.

Yzerman built an incredible team in Tampa Bay, despite them never winning the Stanley Cup. He drafted one of the league's leading scorers, Nikita Kucherov, in the second round in 2011. Kucherov has 41 goals and 87 assists this season, which was his second with 100+ points. He was also able to re-sign the team's star, Steven Stamkos.

He also served as the general manager for Team Canada in 2010 and 2014, putting together the team that won back-to-back gold medals.

Before his role in the front office, Yzerman played for the Red Wings for 22 years and was the only team during his career. He was the team's captain and also spent four years in the Red Wings' front office.

Holland has been the Red Wings' GM since 1997 and signed a two-year contract with the team last year. He'll remain as senior vice president with the team.

The Red Wings have won three Stanley Cups under Holland, in 1998, 2002 and 2008, but have failed to make the playoffs for the past three seasons.

One knock on Holland in the last few seasons has been bad contracts that have been handed out. After the NHL season officially ends, several of those contracts will come off the books and the Red Wings will have money to spend.