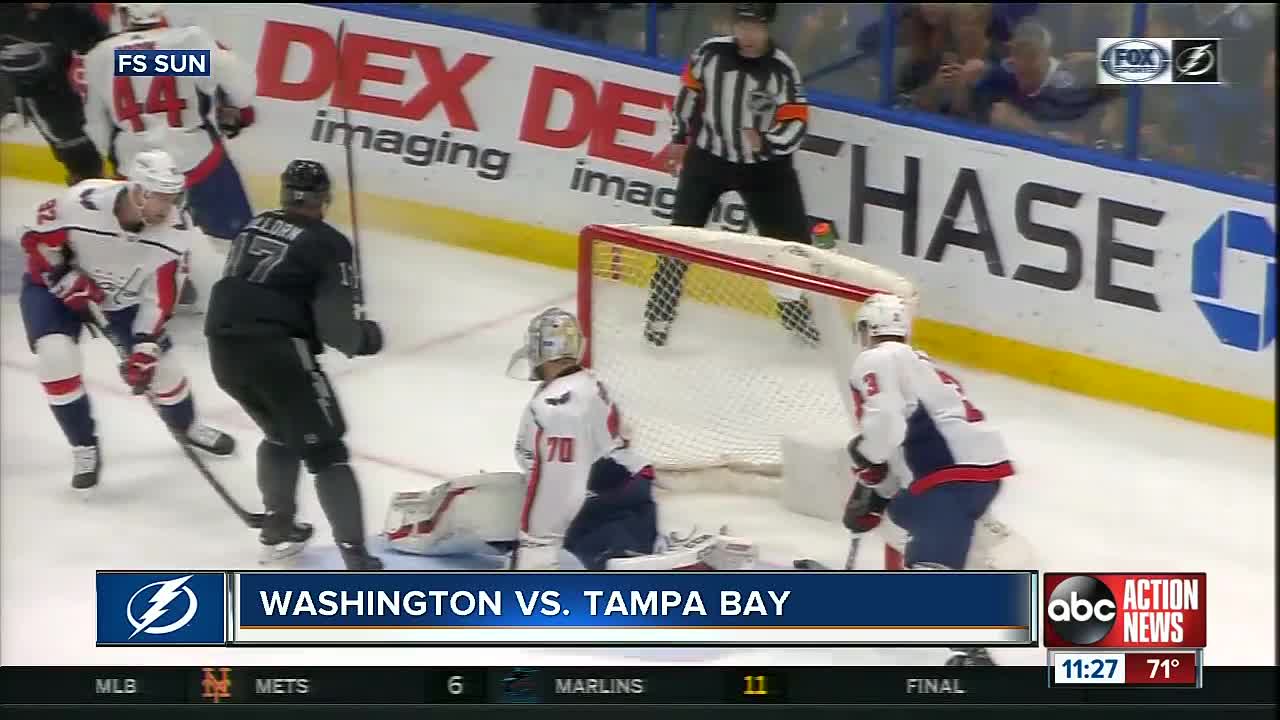 The Tampa Bay Lightning are focused on trying to win another championship, not records and milestones along the way. Alex Killorn scored three goals for his first career hat trick, and the Lightning beat the Washington Capitals 6-3 Saturday night in the teams’ first meeting since last year’s Eastern Conference finals. Tampa Bay set team records for wins (55) and points (114) in a season, becoming the 12th team in league history to get at least 55 victories in a season. They need five wins in the last 10 games to become the third team to win 60. 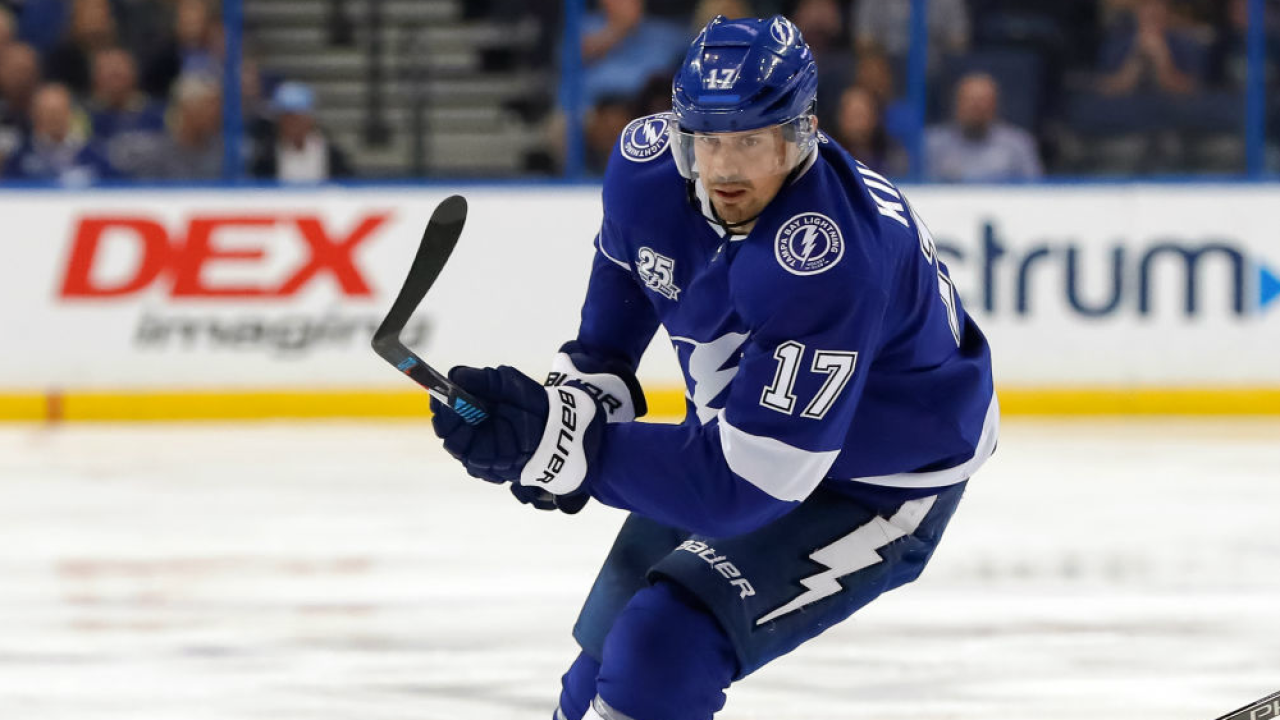 TAMPA, Fla. (AP) — The Tampa Bay Lightning are focused on trying to win another championship, not records and milestones along the way.

Tampa Bay set team records for wins (55) and points (114) in a season, becoming the 12th team in league history to get at least 55 victories in a season. They need five wins in the last 10 games to become the third team to win 60.

“We don’t look at records or anything like that, we are focusing on the end goal right now and doing whatever it takes to be ready for that,” said Tyler Johnson, who scored his 26th goal of the season. “That’s all those little things that we can work on and improve.”

Alex Ovechkin scored twice to give him 48 on the season, John Carlson also scored and Braden Holtby finished with 29 saves for Washington. The Capitals remained two points ahead of the New York Islanders atop the Metropolitan Division.

“Disappointing to end up with a loss like that,” Washington coach Todd Reirden said. “I thought we did some decent things as the game went on but our first period we didn’t manage the puck well enough to give ourselves a chance.”

Killorn, who entered the game with 13 goals on the season, capped off the hat trick with an empty-netter with 47 seconds left. Gourde capped the scoring with another empty-netter 45 seconds later.

“When the third goal seals the victory a little bit, there’s (47) seconds left but to go up two goals ahead at that point, it felt pretty good,” Killorn said.

The Lightning jumped on the Capitals quickly as Brayden Point set up Johnson on a 2-on-1 at 8:35 of the first. Killorn made it 2-0 as he sent the puck from the boards toward the front of the net where it bounced off Washington defenseman Dmitry Orlov and past Holtby at 10:33.

Carlson cut the deficit in half as a blocked shot bounced out to the right point where he stepped into a one-timer for his 12th at 12:06.

Killorn answered that as he forced his way up the ice and outmuscled Michal Kempny for an initial shot before putting his own rebound with 4:04 left in the period to make it 3-1.

“You (can’t) start like that against a team, a high-caliber team, they can get away,” Washington forward T.J. Oshie said. “That’s what it was, we were chasing from behind the rest of the time and it was all mental errors.”

After the Lightning failed to convert on 1:28 of 5-on-3 power play time, 42 seconds of which carried over into the second period, the Capitals struck on the power play after Carlson’s shot deflected off Oshie in the high slot and landed right in the path of Ovechkin for a quick wrist shot to make it 3-2 at 7:33.

Ovechkin got his 246th career power-play goal, tying Hall of Famer Phil Esposito for fifth place on the all-time list.

Cernak regained Tampa Bay’s two-goal lead with his fourth of the season, coming open down the right circle before snapping a shot through Holtby’s legs at 2:45 of the third. Ovechik scored his second of the night off a carom from Orlov’s shot off the end boards to cut the Lightning lead to 4-3 at 12:56.

“I wouldn’t make too much of it,” Lightning coach Jon Cooper said of the win. “It’s two first-place teams going at it and you would expect the games to be good. We’ll get them in their building in a couple of days and it will be different, it will be round two under different circumstances.”

NOTES: Lightning D Dan Girardi (lower body) and D Anton Stralman (lower body) each missed their third consecutive game after neither took part in the full morning skate. ... Washington D Nick Jensen appeared in his 200th career game. ... Tampa Bay D Mikhail Sergachev left the game in the first period after taking a hit from Washington RW Tom Wilson along the boards but returned to start the second. ... Ovechkin has 655 career goals, one shy of tying Brendan Shanahan for 13th place on the all-time list. ... Tampa Bay RW Nikita Kucherov had two assists and reached 117 points on the season, the most since Sidney Crosby had 120 in 2006-07. Kucherov’s 82 assists on the season are the fourth-most in league history by a wing.