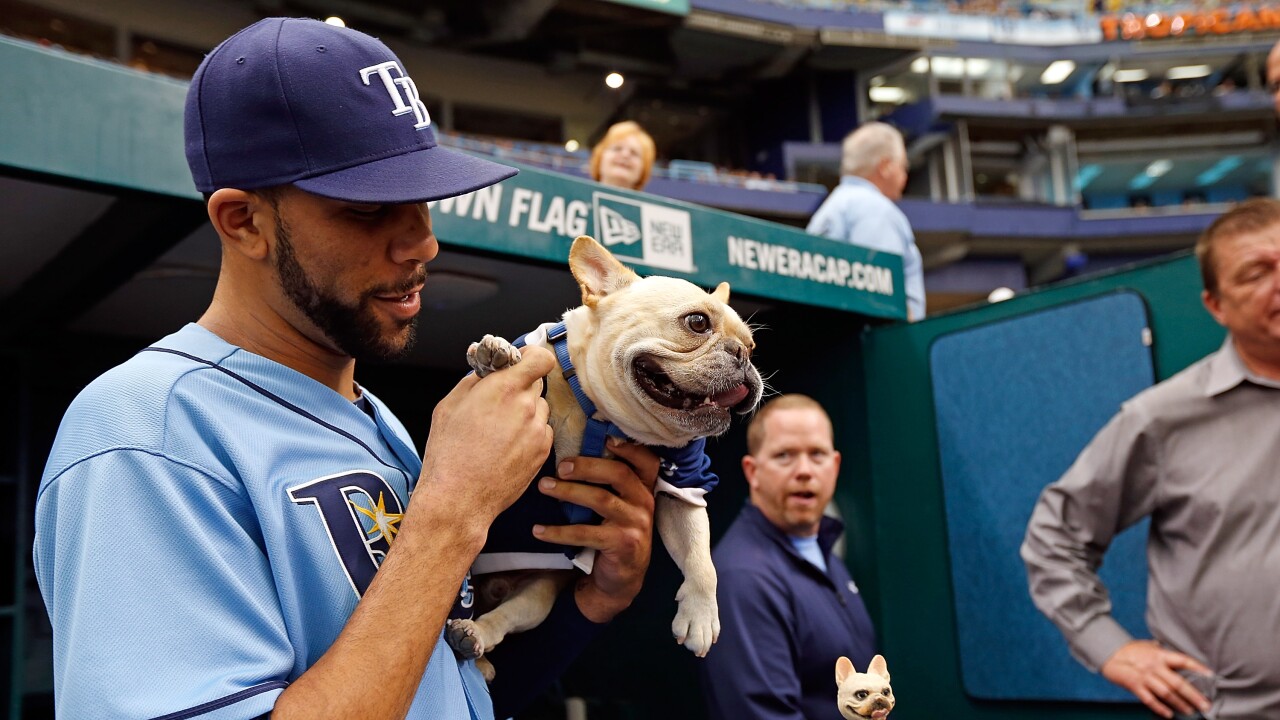 J. Meric/Getty Images
ST. PETERSBURG, FL - APRIL 21: Pitcher David Price #14 of the Tampa Bay Rays brings his dog Astro out onto the field just before the start of the game against the Oakland Athletics at Tropicana Field on April 21, 2013 in St. Petersburg, Florida. (Photo by J. Meric/Getty Images)

David Price is one of the best pitchers the Tampa Bay Rays have ever had. Price was a fan favorite, but just as popular was his faithful sidekick 'Astro.'

The French bulldog frequently made appearances at the ballpark and across the pitcher's social media platforms.

But Wednesday evening, Price tweeted out a sad update: Astro passed away.

I knew this day was coming sooner rather than later but it still hurts the same. Astro took his last nap today and we will miss him dearly! Thank you to everyone who always checked in on him and asked me how he was doing! 😔😔 pic.twitter.com/MabUKSlh3j

"The amount of support we have received over the last 12 hours has been unreal!!" Price tweeted. "Love seeing all the pictures everyone has of him...we appreciate everyone’s kind words #ripastro."

Fans both of Price and the dog took to the comment section with some of their favorite Astro moments and photos:

He was such a good boy 😭 pic.twitter.com/NuR5cNOG27

Rip Astro you will be missed 💔😢 pic.twitter.com/jjglOQbfQ6

Sorry for your news @DAVIDprice24. Here are the photos I took of you and your friend when we first met Astro at Tropicana Field in @StPeteFL @RaysBaseball @TB_Times pic.twitter.com/RN4eUf0UKe