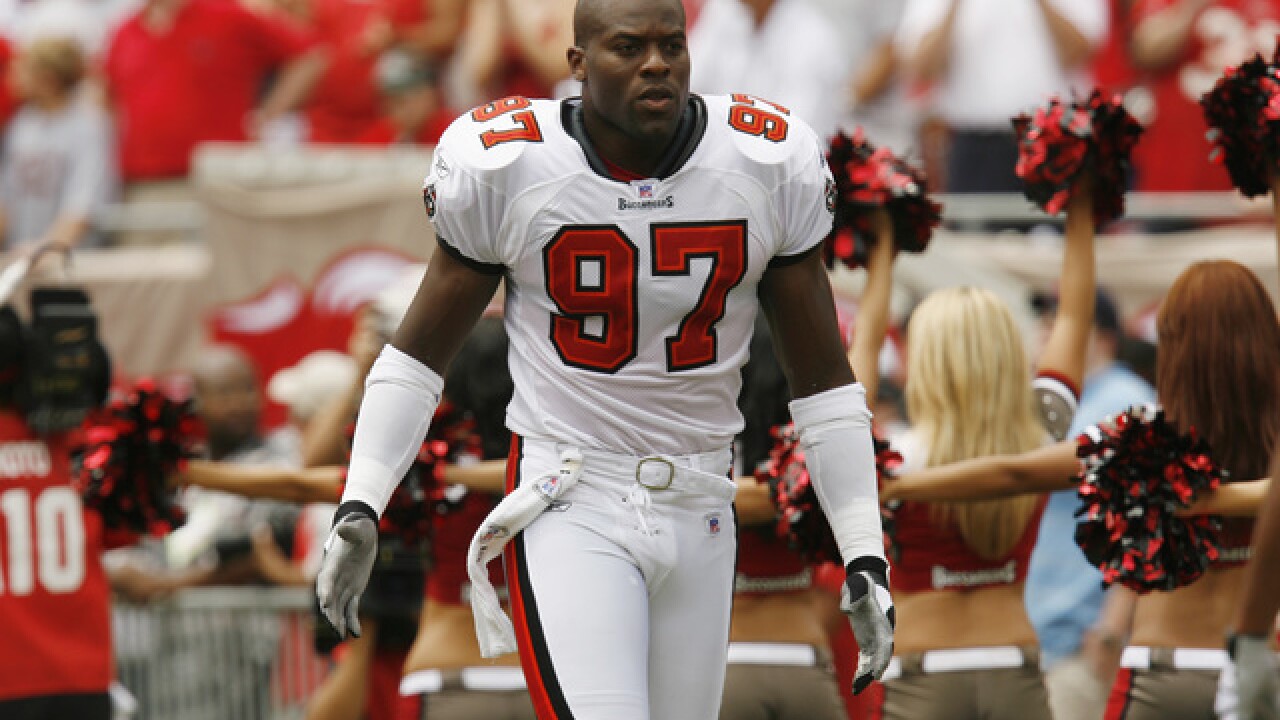 Copyright 2017 Scripps Media, Inc. All rights reserved. This material may not be published, broadcast, rewritten, or redistributed.
Matt Stroshane
<p>TAMPA, FL - SEPTEMBER 10: Defensive end Simeon Rice #97 of the Tampa Bay Buccaneers is introduced prior to the start of the NFL game against the Baltimore Ravens on September 10, 2006 at Raymond James Stadium in Tampa, Florida. The Ravens defeated the Buccaneers 27-0. (Photo by Matt Stroshane/Getty Images)</p>

After being out of the league for ten years, former Tampa Bay Buccaneers' defensive end and Super Bowl XXXVII champion Simeon Rice wants to make a comeback with the Bucs.

He is 43 years old, but told ESPN he is completely serious about it if the Bucs will have him.

"If they want a pass-rusher, they should bring in a pass-rusher extraordinaire who was one of the dominant pass-rushers of any era," Rice told ESPN. "What is it going to cost? You don't have one."

Tampa Bay is last in the league with just seven sacks through six games.

I stay ready if Tampa Bay wants a dominate the will call the dominator #UnstoppablePassRush pic.twitter.com/0n7F3zC7pF

"My only request is you bring me in and let me play my brand of defense, which is real pressure football -- sack fumbles and disruption," said Rice, emphasizing that this has nothing to do with the Pro Football Hall of Fame and his frustration about not getting votes.

Rice told ESPN the Bucs' loss to Arizona a few weeks ago was tough and that "it was very hard watching what I could fix."

Rice sounded confident when talking to the network, saying "With nine games left, [there is] plenty of time to finish with double-digit sacks and a playoff bid," Rice said. "I bet on myself before, and it paid off. It's really not a stretch at all. It's facts."