The Bucs newest receiver is eligible to return in Week 9 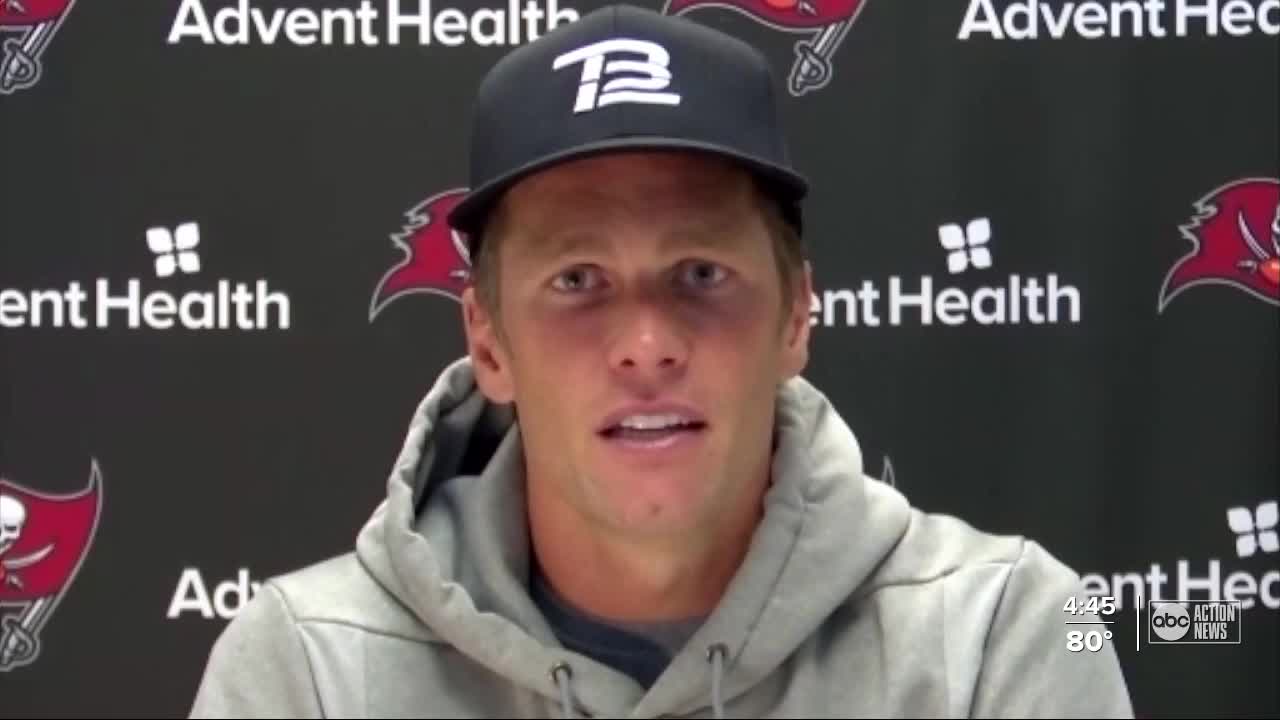 Bucs receiver Antonio Brown's had his share of off-the-field problems, but Tampa Bay thinks signing the 32-year-old was the right decision. 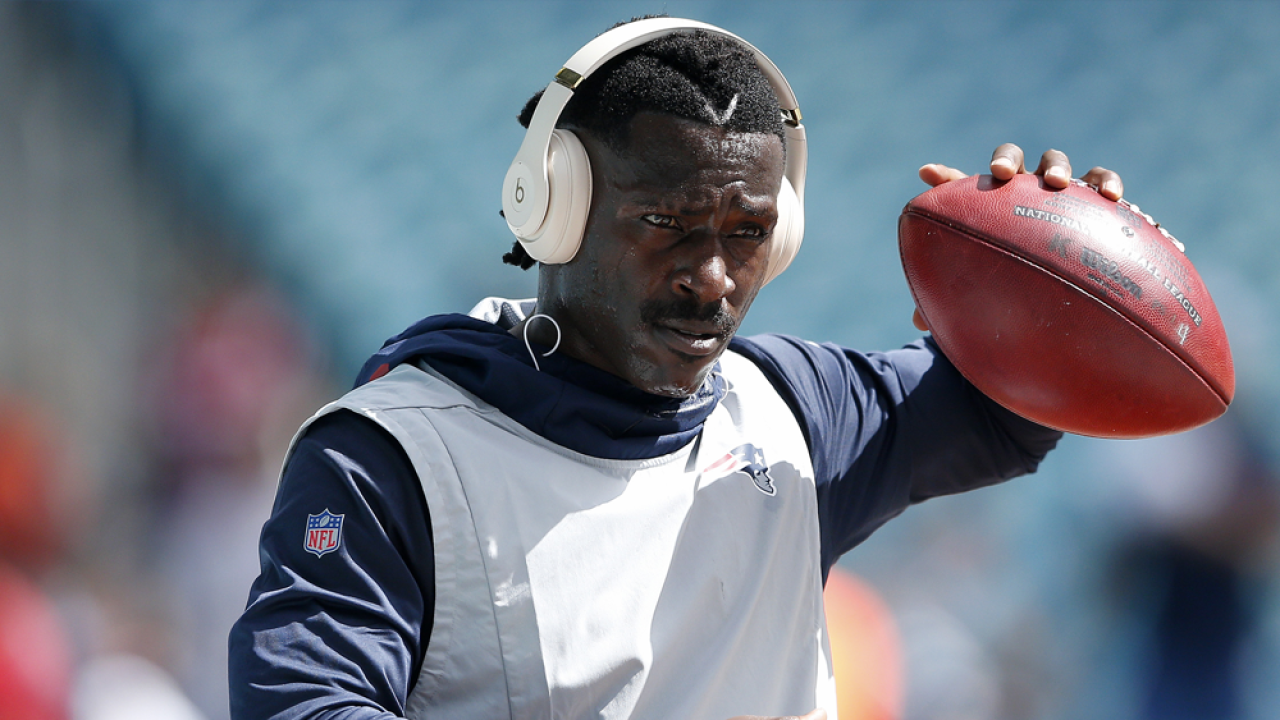 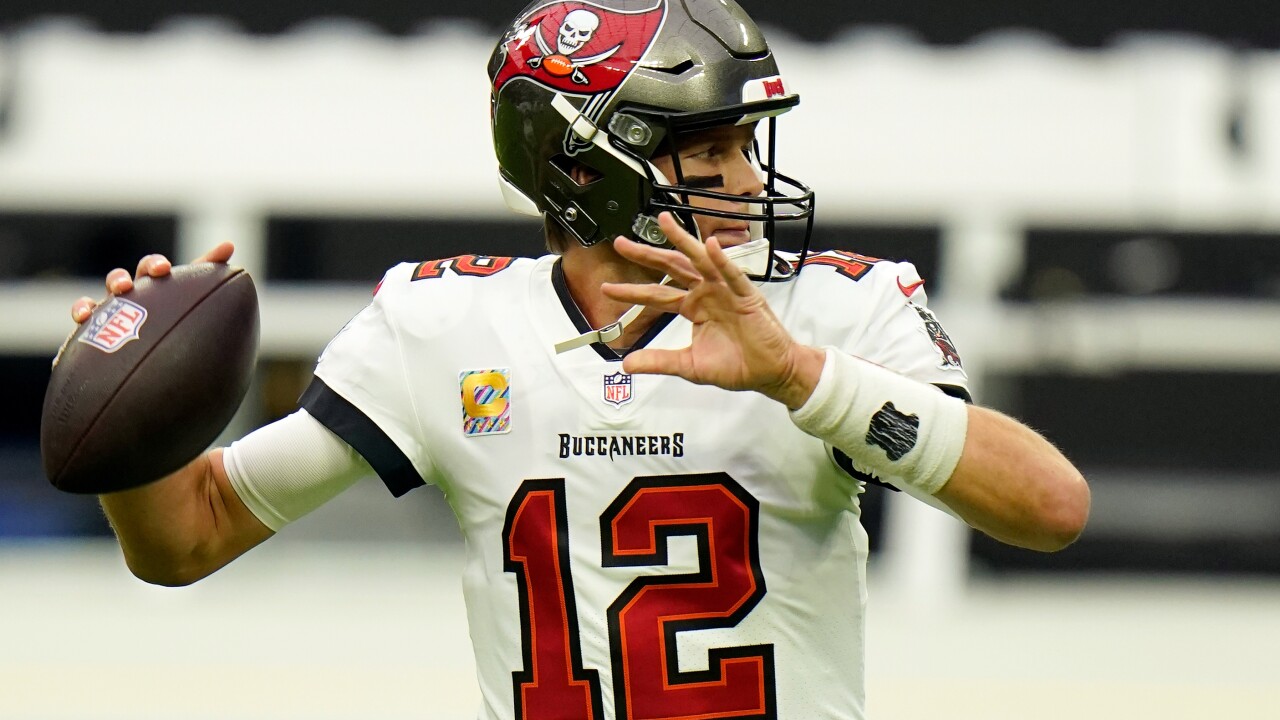 TAMPA - — Bucs quarterback Tom Brady has seen almost everything in his 21 NFL seasons. Being reunited with receiver Antonio Brown is something he's looking forward to, because to Brady it's about more than just football.

Brown is serving an eight-game suspension for violating the League's personal conduct policy, and he won't be able to get on the field with his new teammates until next week. Brady and Brown briefly played together last year with the Patriots. Brady said this season is a chance for him to help someone stay on the right career path.

"I have probably more perspective than just about every player in the league right now based on my experience and what I’ve seen," Brady said via video chat. "I want to see other guys succeed. I think a lot of joy in my experience comes from seeing other people be their best and seeing people succeed in ways that can set their family up. I think that’s a really important aspect of football for me.”

Buccaneers offensive coordinator Byron Leftwich was a teammate of Brown's with the Steelers from 2010-2012. He thinks Brown's ability will translate well to Tampa Bay's offensive scheme.

"Here, this little kid comes in working out three times a day [and] running fast and catching everything," Leftwich joked. "The things that he can do from a skill set standpoint was unique, and I remember telling him that a long, long time ago. I think it’s going to match well with what we’ve got here, the guys we’ve got here [and] the special guys that we already have here."

Brown's talent was never the question. It's a matter of whether he can avoid off-the-field issues. Head coach Bruce Arians thinks that he can.

"It’s, ‘Go to football practice, go to work, come home and go back to work.’ He’s all in. I don’t think we’ll have any problems with those things.”

Brown can start practicing next week, and his first game in a Bucs uniform will be November 8 when they host New Orleans.