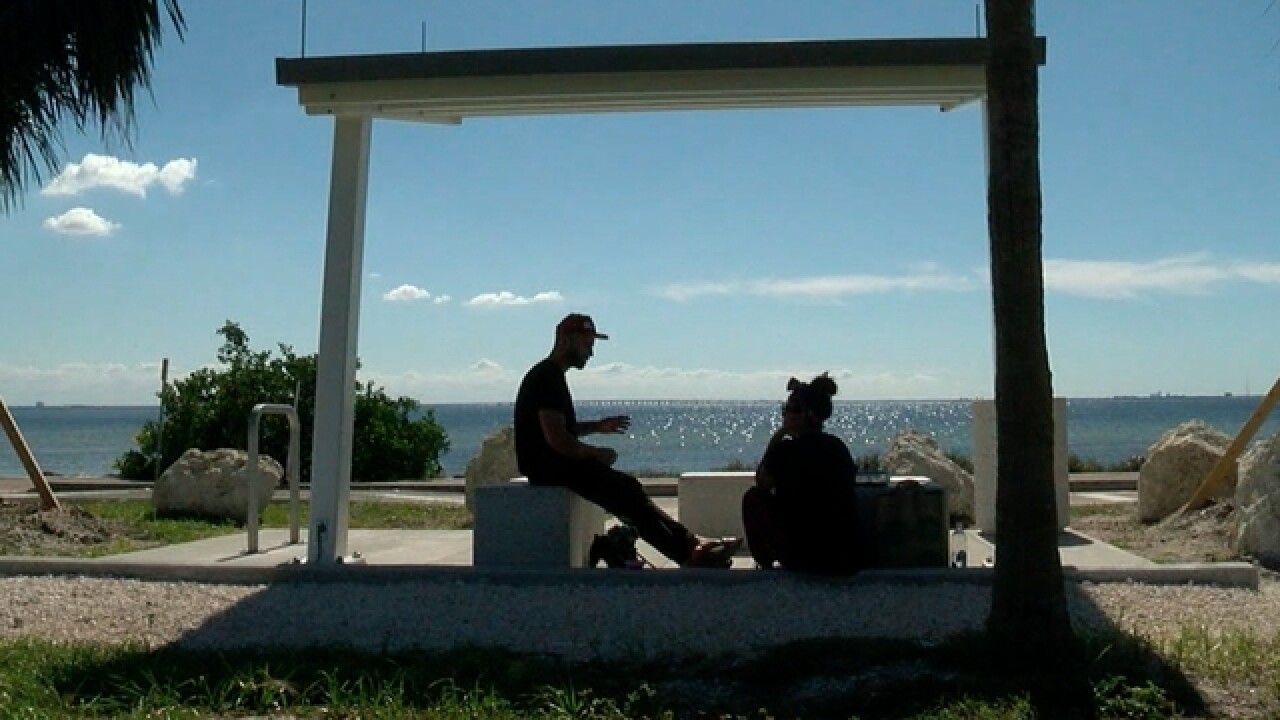 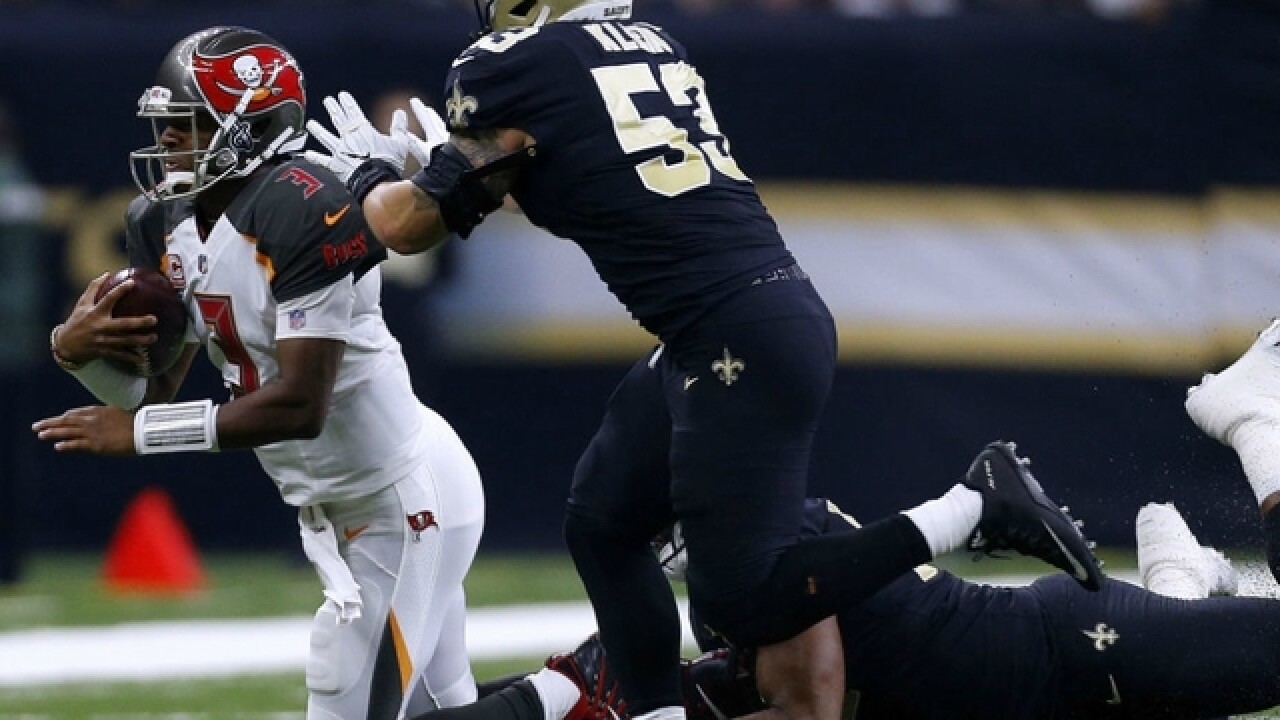 After aggravating a lingering shoulder injury, Tampa Bay quarterback Jameis Winston never left the sideline in the second half against the New Orleans Saints.

The way the Buccaneers struggled with and without him, it might not matter when he returns.

In desperate need of a victory, the Bucs instead dropped their fifth in a row in ugly fashion -- a 30-10 loss to the surging Saints on Sunday that severely dampened Tampa Bay's hopes of making the playoffs for the first time in a decade.

"I have to do my job better," said Winston, who went 7 of 13 for 67 yards and was sacked twice. "The quarterback has to get the ball in the end zone, and I'm not doing that."

The Bucs did almost nothing right against the Saints.

Bryan Anger's first punt was blocked and returned for a touchdown. The offense produced 88 yards in the first half, a total the Saints surpassed with a 93-yard drive right after the Bucs pulled within 9-3 on a 50-yard field goal.

Running back Alvin Kamara capped it off, breaking three tackles on a 33-yard touchdown off a screen pass.

"I'm totally embarrassed," Bucs coach Dirk Koetter said. "I would hope they (the players) are."

With Ryan Fitzpatrick relieving Winston, the second half was even worse. The Saints scored two third-quarter touchdowns around a fumble by Tampa Bay tight end O.J. Howard, putting the game away. The Bucs then lost defensive end William Gholston to a neck injury that caused nearly a 10-minute delay before he was taken off on a stretcher.

Koetter said Gholston, who moved his arms and legs while the Bucs medical staff treated him on the field, was getting neurological tests at a hospital.

Winston's status is up in the air, too. He sprained the AC joint in his right shoulder on Oct. 15 at Arizona, and he landed hard on the shoulder when he was sacked in the final minute of the first half against the Saints.

"It's the same thing that's been happening every week," Winston said. "I don't know whose call it was, but they pulled me."

Fitzpatrick went 8 of 15 for 68 yards, finally getting the Bucs into the end zone on an 8-yard scoring toss to tight end Luke Stocker midway through the fourth quarter when they trailed 30-3.

Evans was not sure he would be available for next Sunday's game against the New York Jets. In the third quarter, he raced over and slammed Saints cornerback Marshon Lattimore to the ground from behind after seeing Lattimore shove Winston on the sideline.

Winston, who had pointed a finger against Lattimore's helmet, said he told Lattimore to go to his sideline. Evans, who did not see that part, was penalized for a personal foul and could be subject to a fine or suspension.

"I just let my emotions get the best of me," he said. "I saw (Lattimore) pick a fight with my quarterback. I shouldn't have hit him in his back like that. That was kind of malicious."

With frustration mounting, Winston spoke candidly in the locker room after getting an X-ray on his shoulder.