Gasparilla 2022: Everything you need to know about the annual Pirate Fest
SportsFootballTampa Bay Bucs

GREEN BAY, Wis. — Tom Brady and the Tampa Bay Buccaneers’ road magic have them heading home to the Super Bowl, the first team to play in one on their home field. 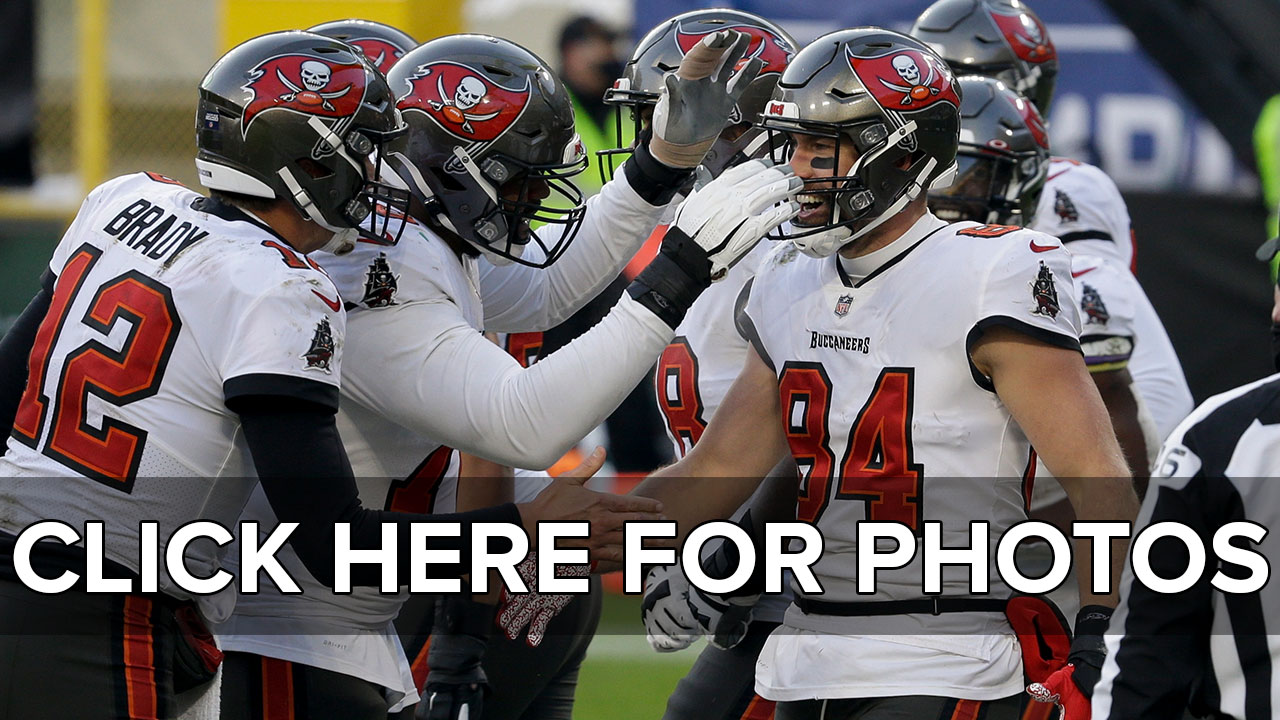 With help from a stifling pass rush led by Shaquil Barrett and Jason Pierre-Paul combining for five sacks, and a curious late call by the Packers, Brady and the Bucs beat top-seeded Green Bay 31-26 for the NFC title Sunday.

Tampa Bay played the first half extremely well, capping off the 2nd quarter with a 39-yard touchdown pass to Scotty Miller with just one second left on the clock, giving the Bucs an 11 point lead.

The lead would get up to 18 before Aaron Rodgers and the Packers started coming back.

But the pivotal moment in the game came in the 4th quarter with just over two minutes left, when trailing by eight, Packers coach Matt LaFleur inexplicably decided to kick a field goal on 4th and goal from inside the 10 yard line.

Tampa Bay got the ball back and ran out the clock after a couple of first downs.

The Bucs (14-5) earned their franchise-record eighth consecutive road victory to reach the Super Bowl for the first time since their 2002 championship season.

The defense has been massive in the last few weeks, forcing at least two turnovers in each of the last two games.

But there's still one game left to win: the most important of them all. To do it, the Bucs will have to avenge their mid-season loss to the Kansas City Chiefs. KC was up big in that one, but the Bucs got back in it and made it a respectable 3-point loss. That game was also at Raymond James Stadium.

Super Bowl LV kicks off from Tampa on Feb. 7.

(Copyright 2022 The Associated Press. All rights reserved. This material may not be published, broadcast, rewritten or redistributed.)