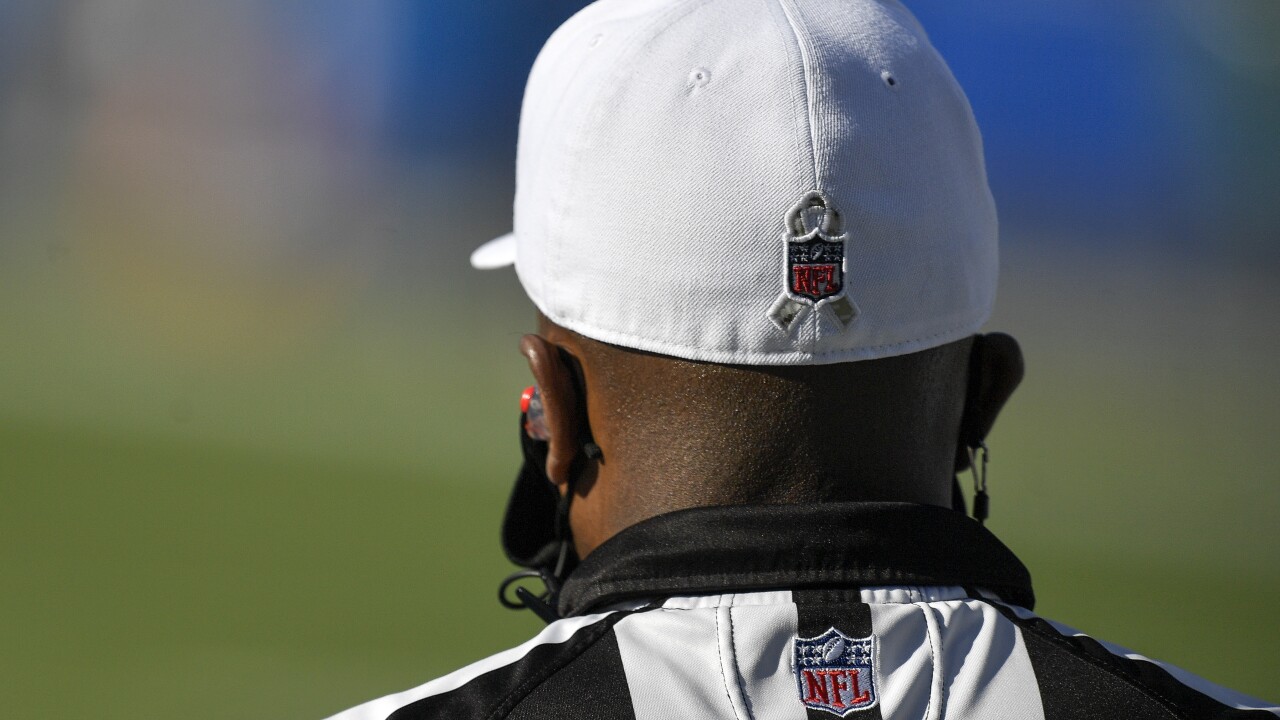 Adrian Kraus/AP
Detail view of referee Shawn Smith's hat featuring a Salute To Service patch during the first half of an NFL football game between the Buffalo Bills and the Seattle Seahawks, Sunday, Nov. 8, 2020, in Orchard Park, N.Y. (AP Photo/Adrian Kraus)

According to ESPN, the NFL has assembled an all-Black officiating crew for the first time to work Monday night's game between the Los Angeles Rams and Tampa Bay Buccaneers, citing the opportunity to recognize the league's history and recent practices in diversifying its officiating department.

"This historic Week 11 crew is a testament to the countless and immeasurable contributions of Black officials to the game, their exemplary performance, and to the power of inclusion that is the hallmark of this great game," NFL executive vice president of football operations Troy Vincent said.

The crew will be led by referee Jerome Boger and includes four members of his 2020 crew. It will also include umpire Barry Anderson, down judge Julian Mapp, line judge Carl Johnson, side judge Dale Shaw, field judge Anthony Jeffries and back judge Greg Steed.

The NFL hired Burl Toler, the first Black official in any major sports league, in 1965.