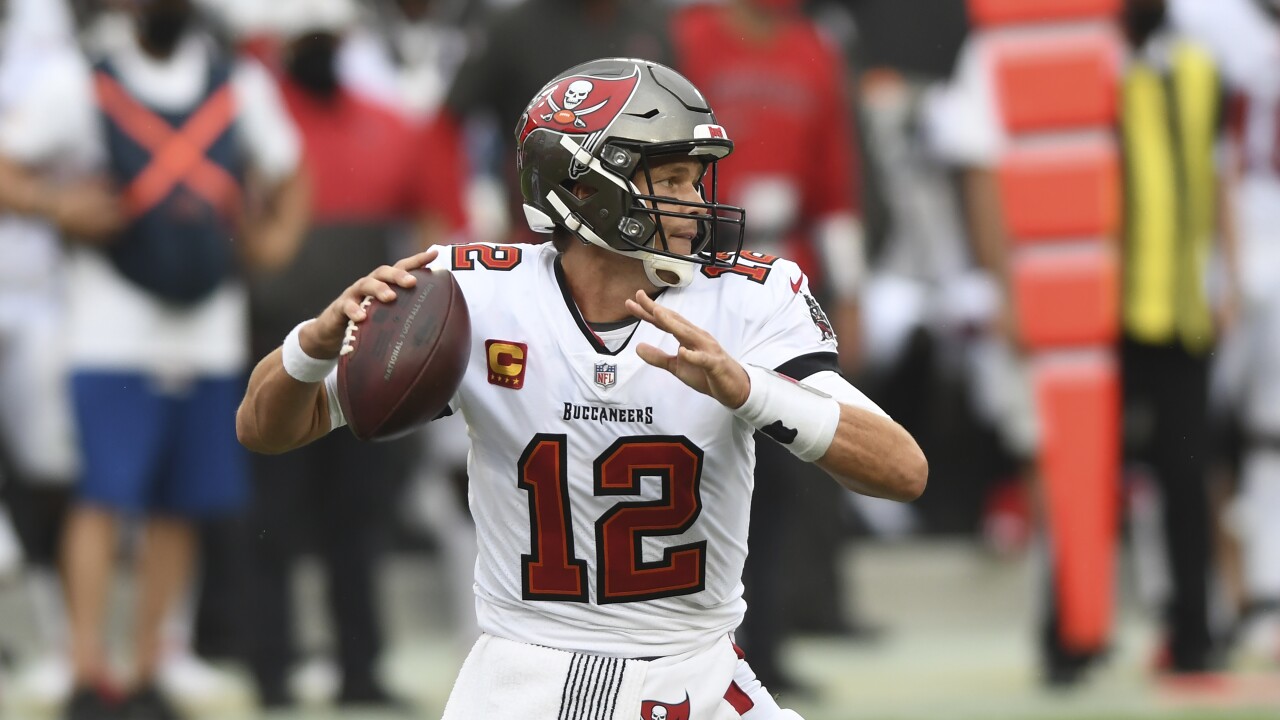 Tampa Bay Buccaneers quarterback Tom Brady has been named NFC Offensive Player of the Week for Week 4 after an impressive performance against the L.A. Chargers.

Against the Los Angeles Chargers, Brady completed 30-of-46 passes for 369 yards and five touchdowns, earning a 117.0 passer rating in a 38-31 Buccaneers win.

The win marked the 222nd of Brady’s NFL career, surpassing his former teammate Adam Vinatieri for the most wins by a player in NFL history. In order to secure that milestone win, Brady helped Tampa Bay overcome a 17-point deficit, marking the 34th time that Brady has led his team to a win after trailing by 10-or-more points – the most-such comeback wins in league history.

He has now won 31 Player of the Week awards, extending his record for the most-such awards in NFL history.

Brady’s team-record-tying five touchdown passes were the most by any player in Week 4, while his 369 passing yards ranked second in the league. He threw for 300 yards and five touchdowns in a game for the seventh time in the regular season, tying Peyton Manning for the second-most such games in NFL history. He also tied Manning for 300-yard passing games, notching the 93rd of his career.

Currently, the 21-year veteran ranks tied for fourth in the NFL with his 11 passing touchdowns and ranks ninth with 1,122 yards passing. His 11 touchdown passes are tied for the most by a Buccaneers quarterback through four games in franchise history.

So to recap...Tom Brady is pretty darn good.

This marks Brady’s first Player of the Week award since Week 10 of the 2017 NFL season.

Tampa Bay has a short week before heading to Chicago for Thursday Night Football against the Bears.