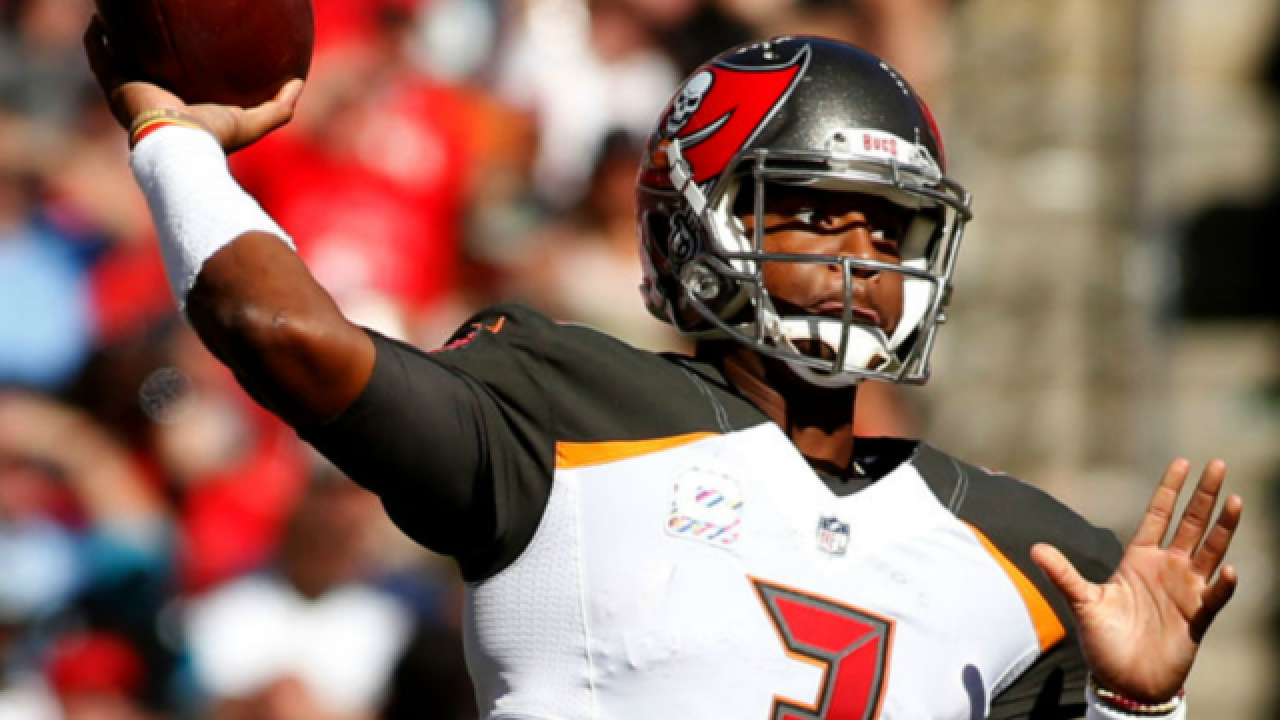 Image copyright 2017 Getty Images. All rights reserved. This material may not be published, broadcast, rewritten, or redistributed.
Brian Blanco/Getty Images
<p>TAMPA, FL: Quarterback Jameis Winston of the Tampa Bay Buccaneers throws to an open receiver during the fourth quarter of an NFL football game against the Carolina Panthers on October 29, 2017 at Raymond James Stadium in Tampa, Florida.</p>

The Buccaneers are shutting down starting quarterback Jameis Winston for a few weeks due to an ongoing shoulder injury.

#buccaneers shutting down QB Jameis Winston for at least two weeks per doctors.

The decision comes the day after a 30-10 loss in New Orleans to the Saints in which Winston re-injured himself in the third quarter.

Prior to the injury, he was 7-13 with 67 yards. Veteran Ryan Fitzpatrick played the remainder of the game.

Winston initially sustained the injury nearly a month ago.

The Bucs have a 2-6 record this season and will take on the New York Jets this week.