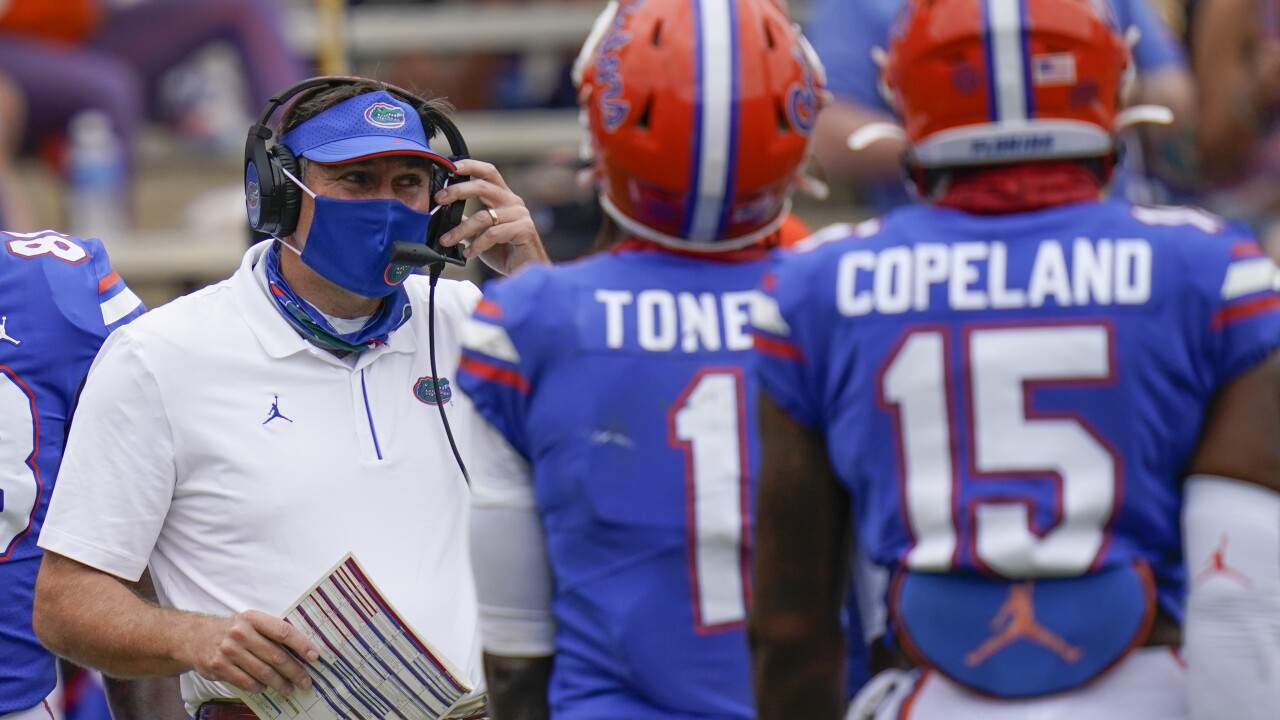 His announcement came one week after he repeatedly said he wanted 90,000 fans packed inside Florida Field amid a pandemic.

Mullen said Saturday on Twitter that his initial positive result was confirmed by a second test. He adds that he has experienced “mild to no symptoms."

The 10th-ranked Gators had at least 21 players and coaches test positive earlier this week, an outbreak that prompted the Southeastern Conference to postpone Florida’s next two games.