THE LATEST: Alabama, Clemson ready to face off in College Football National Championship 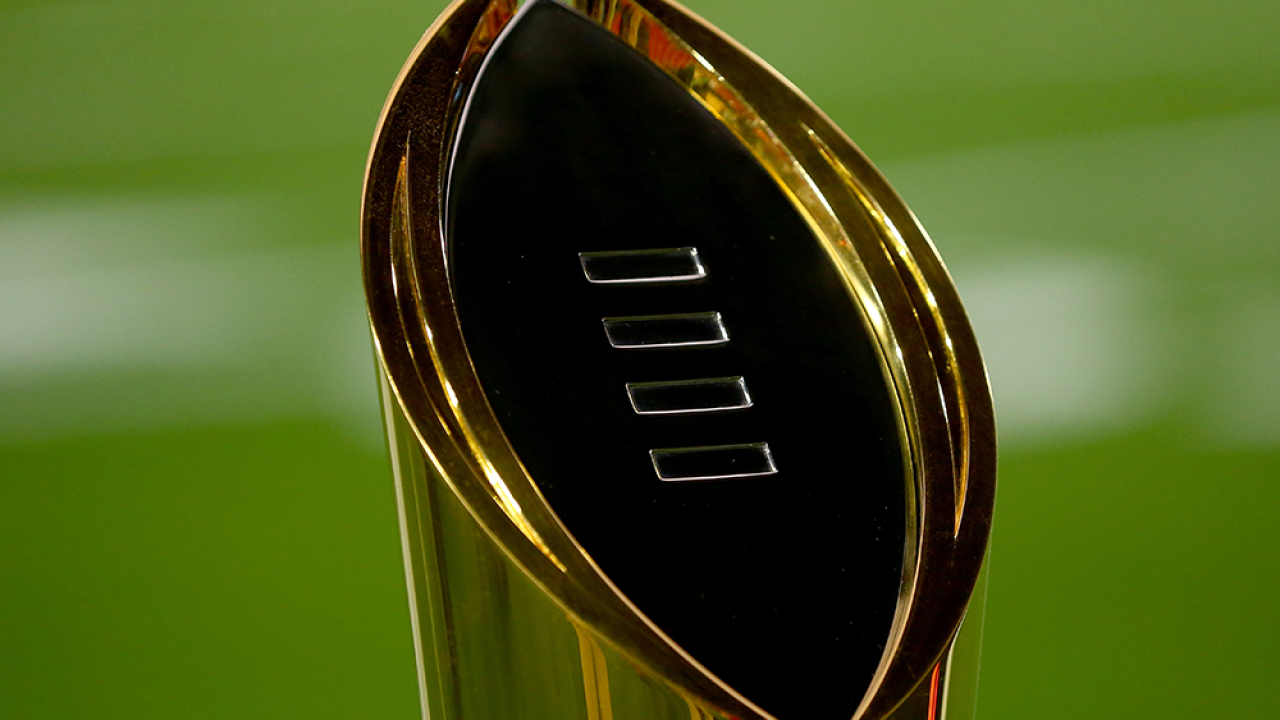 The top-ranked Crimson Tide and No. 2 Tigers will meet for the fourth straight year in the College Football Playoff, and third time in the championship game, on Jan. 7 in Santa Clara, California. With quarterbacks Tua Tagovailoa and Trevor Lawrence in the fold for next season, go ahead and pencil Alabama and Clemson in for the 2019 title game, too. Next year it will be played in New Orleans, so the travel will be easier for the fans.

Parity is for the rest of college football. Over the last four seasons, Georgia is the only team other than Alabama and Clemson to win a College Football Playoff game.

Fans can argue about which teams should be three and four in the playoff rankings just like this year — as if it matters. Want to expand the playoff to eight teams? Fine. The final two will still be Alabama and Clemson. This season the Crimson Tide and Tigers started the season Nos. 1 and 2 in the AP Top 25 , and they will likely finish that way. And then in August, they will start next season that way, again.

"I was joking earlier that they should be a part of our conference," Clemson defensive tackle Christian Wilkins said. "I love going up against them because it definitely brings out your best. They're definitely the best team we see."

Why so confident the beat will go on next year? Start with the quarterbacks.

Lawrence, the fabulous freshman, carved up Notre Dame in one semifinal Saturday, throwing for 327 yards and three touchdowns at the Cotton Bowl in Texas. Tagovailoa, the super sophomore who already has a national title game MVP on his resume, was 24 for 27 for 318 yards and four touchdown passes against Oklahoma at the Orange Bowl in Florida.

Both stars return next season, with an array of weapons at their disposal.

Lawrence's top target against the Fighting Irish was another freshman. Justyn Ross, an Alabama native swiped from the Tide in recruiting, scored two long touchdowns to bust the Cotton Bowl open. The Tigers' other leading receivers this season are Tee Higgins and Amari Rogers, a couple of sophomores. Travis Etienne, the running back who finished seventh in the Heisman voting and has scored 23 touchdowns, is a sophomore.

"We have a fun team because we've got this great group of veteran leadership with (Hunter) Renfrow and the Mitch Hyatts and that group," Clemson coach Dabo Swinney said. "And you've just got this energy and enthusiasm and eagerness from some of these young guys like (defensive end) Xavier Thomas, Trevor, even (running back) Lyn-J (Dixon), even Travis (Etienne). Tee Higgins is just a sophomore. So it's a lot of fun to see these guys go out there and compete."

Coach Nick Saban will be seeking his sixth national championship since 2009, and seventh overall. It's silly to think the machine in Tuscaloosa, Alabama, will stop churning out title contenders anytime soon. Especially, next season, when the best quarterback Saban has ever coached returns.

And check the box score of the Oklahoma game. The three Alabama receivers who caught touchdown passes (DeVonta Smith, Jerry Jeudy and Henry Ruggs III) are all sophomores. Alabama has its own spectacular freshman pass-catcher in Jaylen Waddle.

Clemson will have to overhaul one of the best defensive lines in recent college football history, but Thomas is ready to take over the tradition of dominant pass rushers in Death Valley.

Alabama will have a dozen or so players drafted in April. Just as it did last April. The next man up is always as good, if not better, for the Tide.

The next wave of blue chips is on the way. Alabama has already locked up the top recruiting class in the country. Clemson's class was top five after the early signing period.

Is it bad for college football that Alabama and Clemson have separated from the rest of the college football? Well, the Cleveland Cavaliers and Golden State Warriors played in the last four NBA Finals and the league has never been more popular.

This is not quite the same. Alabama and Clemson are turning major college football into Division III, where Mount Union and Wisconsin-Whitewater played seven straight championship games from 2005-11.

Some advice: Enjoy the twists and turns of the entire college football season. The upsets. The conference races. The rivalries. Army's triple-option. Washington State's Air Raid. The #MACtion. The #Pac12AfterDark.

Just know that in the end, it'll be Alabama and Clemson again.

Here are Thursday's headlines from media day: (reported by the Associated Press)

HOW & WHEN TO WATCH

FLASHBACK TO 2017 NATIONAL CHAMPIONSHIP IN TAMPA

The Latest: 2017 National Championship game
Work already underway to get CFP back to Tampa
Copyright 2018 Scripps Media, Inc. All rights reserved. This material may not be published, broadcast, rewritten, or redistributed.