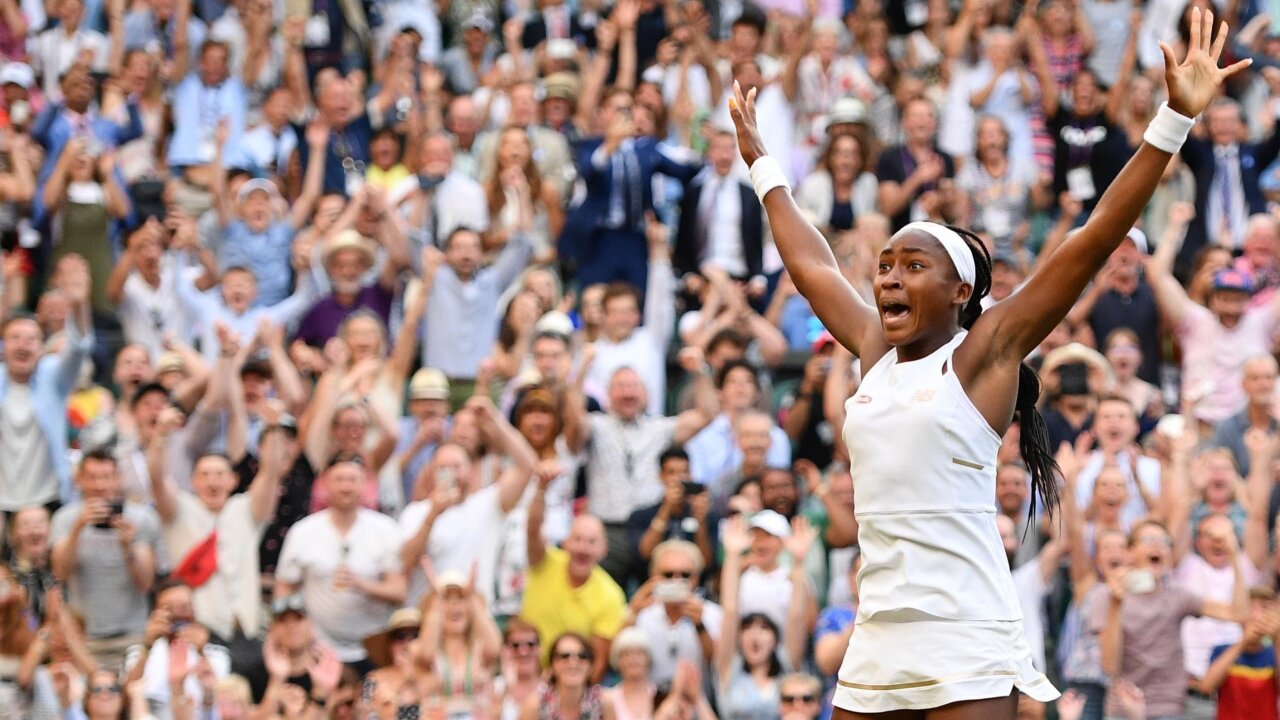 (CNN) -- A tournament that began in defeat for Coco Gauff ended with the popular teen claiming her first tennis title.

The 15-year-old from Florida became the youngest WTA winner since Nicole Vaidisova in 2004 when she downed 2017 French Open champion Jelena Ostapenko 6-3, 1-6, 6-2 in Linz, Austria, on Sunday.

Gauff lost in the qualifying rounds but still made the tournament's main draw after another player pulled out with an injury. She then proceeded to reach her first quarterfinal, get her first top-10 win and bag her first title.

"I'll definitely remember this moment for the rest of my life," Gauff told the crowd.

Gauff had to wait to fully celebrate because the final point ended on an Ostapenko challenge. But once the match was official she raised her arms in celebration and let out a big smile as she looked at her box, where dad Corey and mom Candi were watching.

They wore white T-shirts from her clothing sponsor New Balance with the slogan, "Call me Coco."

And now you can call her a tour winner.

Gauff collected a check of $43,000, no doubt a fraction of what she is set to earn from sponsors in the coming years. Her management company is Team 8, the firm set up by Roger Federer and his longtime agent Tony Godsick.

The phones were ringing off the hook , said Godsick, during Gauff's success in July at Wimbledon that earned her worldwide fame.

Back then Gauff went through qualifying rounds before upsetting one of her idols, Venus Williams. If that wasn't enough, she also saved several match points later in defeating Polona Hercog.

Ratings for her matches from host broadcaster the BBC soared.

The eyes were similarly on Gauff at the US Open in August, where she lost in the third round to defending champion Naomi Osaka.

Ostapenko, whose form has dipped since winning the French Open, had the momentum heading into the final set Sunday.

But Gauff, who always looks composed, regrouped early in the decider and grabbed a 5-0 lead.

Ostapenko -- who felt a call went against her early in the third -- saved two match points and rallied for 2-5, but Gauff took advantage on her third match point when the Latvian's forehand went long.

Just like in New York and London, the fans took to Gauff in Linz, and she acknowledged them afterward. Her ranking is set to soar from 110th to around 70th, meaning she won't need to go through qualifying or get a wildcard to earn a spot at tennis' next major, January's Australian Open.

"One of the biggest thank yous goes to you guys," Gauff said to the crowd. "Thank you for your constant support this week. It's been an amazing week and I hope to come back in the future."