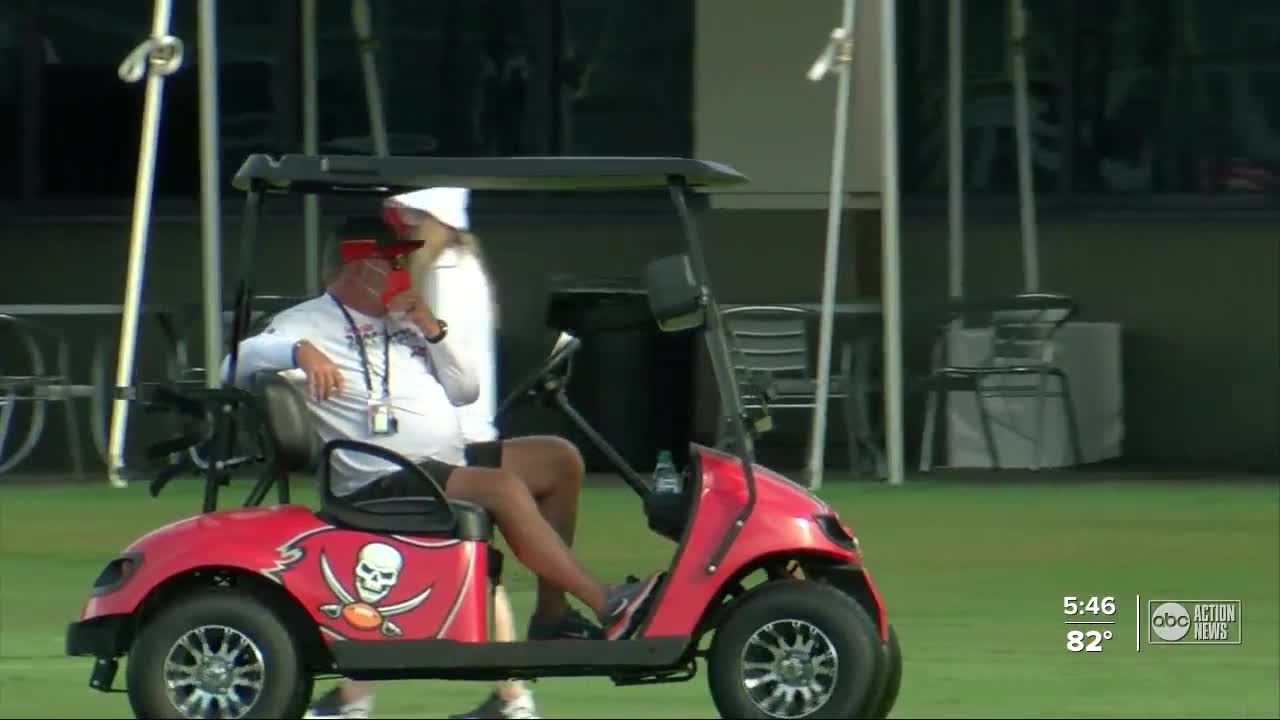 Monday marked the opening of training camp for the Bucs. It was the first full squad, padded practice of the 2020 preseason. 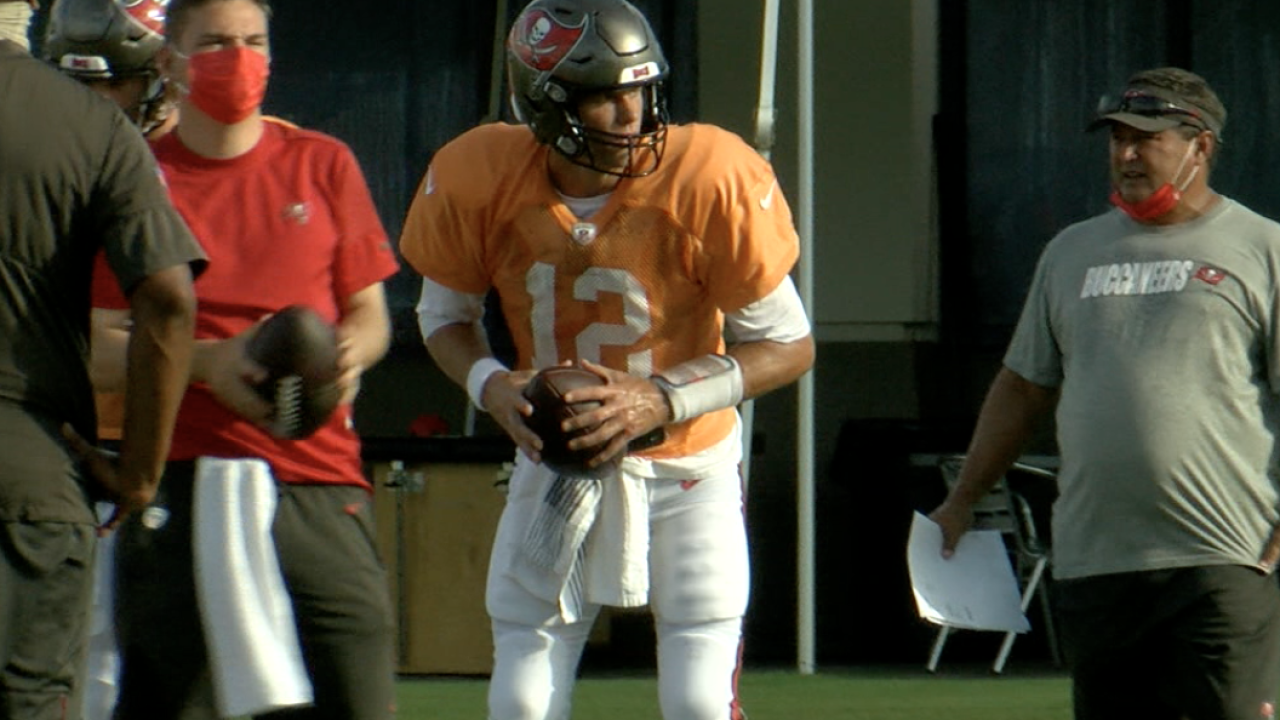 TAMPA, Fla. — The Buccaneers are scheduled to kick off the regular season in 27 days when they travel to New Orleans. This year there's less time for Tampa Bay to get up to full speed. Monday marked the official start of training camp. It was the first full-squad, padded practice of the preseason.

Bucs quarterback Tom Brady wasn't made available to the media after day one, but Arians said he isn't worried about the six-time Super Bowl champion getting up to speed.

"He’s throwing to the right guy all the time. 7-on-7 is what it’s supposed to look like, completion after completion. He’s right where he needs to be. I’m not worried about him," Arians said.

Bucs tight end O.J. Howard said Brady does almost as much coaching as he does playing during practice.

"When he speaks, everyone listens," Howard said. "When guys can listen and we can get on the same page that he’s on, he can trust and make that throw."