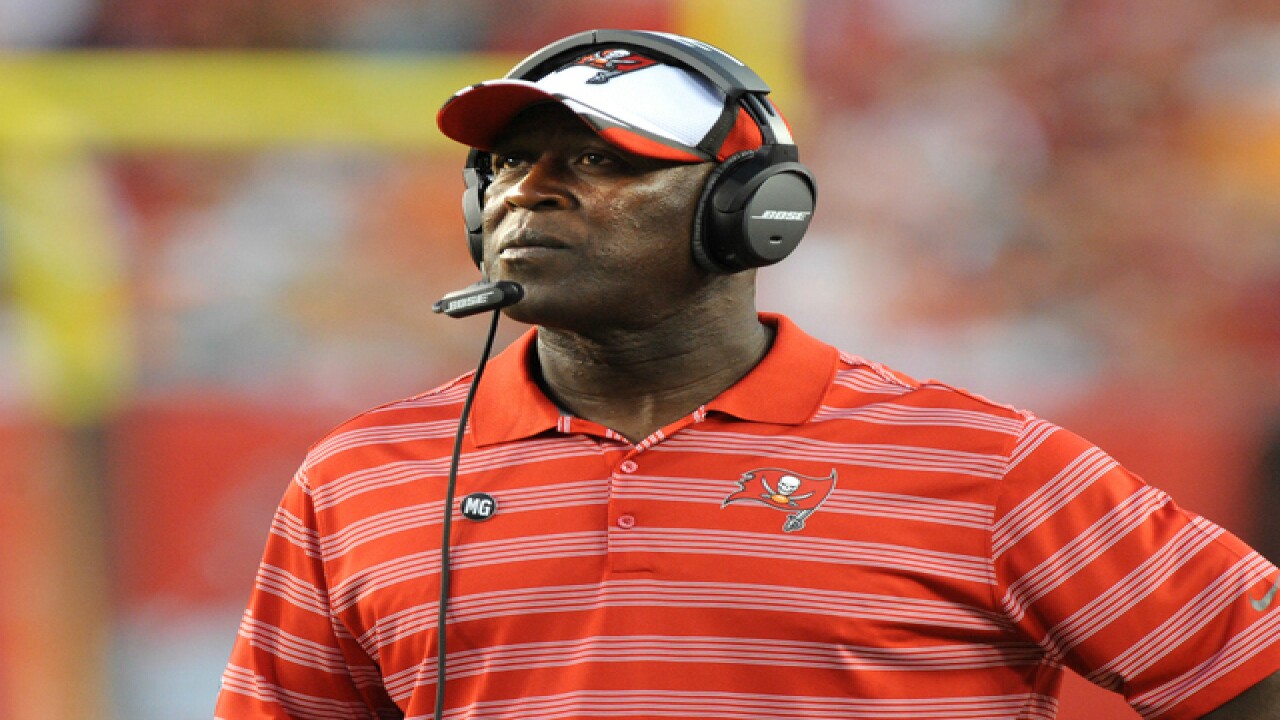 The Buccaneers have officially parted ways with head coach Lovie Smith, according to a release from the team Wednesday evening.

“After careful consideration, we informed Lovie that we have decided to make a change. I want to thank Lovie for his hard work and dedication to the Buccaneers during his time here. This decision was difficult on a variety of levels. I am disappointed that we were not more successful these past few seasons, but we are committed to doing what is necessary to give our fans the winning team they deserve. As we move forward, General Manager Jason Licht will oversee the process for finding our next head coach.”

The Bucs finished the 2015 season with a record of 6-10, ending the year with four straight losses. Lovie was 8-24 in his two seasons with the team. Among other factors, the team had a rookie quarterback in Jameis Winston and more than a dozen more rookies on the roster for the 2015 season, including two offensive lineman.

MORE | Who are the candidates for the head coach position?

Winston had a historic season by rookie quarterback standards, and may be a leading candidate for the Rookie of the Year award. Winston racked up 4,042 passing yards -- only two other rookie QBs have more in NFL history. Eclipsing the 4,000 yard mark set the team record for a rookie QB, and he's only the second Buccaneer quarterback ever to do so.

The new head coach will be the team's fourth since 2011. The three firings include Raheem Morris in 2011, Greg Schiano in 2013 and Lovie Smith late Wednesday evening. Smith's final win percentage with the team of .250 is the worst of a Bucs head coach since the early 1990s.

Smith's departure comes after a slew a NFL coach firings, as we've come to expect after Week 17's 'Black Monday'. Here are the open jobs as of Wednesday:

Here are a few reactions from the Twittersphere about Smith's firing, including a Bucs player questioning the move:

The Bucs just fired Lovie Smith. Is it April? Someone is playing a prank, right?

Not a Lovie Smith fan, but why fire a coach after his first year with a promising rookie QB? But his defense did fall apart -- AGAIN. #Bucs

How do the Bucs fire Lovie Smith? That is the most ridiculous thing I've heard. A young team on the rise w/a rookie QB. Ludicrous

This is stupid, we can't even have a consistent coach, 3 coaches in 5 yrs

Outside looking in, y'all wouldn't understand how great of a coach/person he is

Lovie Smith got fired after a 6 win season with a rookie QB. What were the @TBBuccaneers expectations?

Now Lovie Smith fired! Owners rotate Head coaches after a down year like the next Coach gonna when the Super Bowl! #itsaprocess #itsagrind

I don't get why the Bucs fired Lovie Smith? Roster isn't great. They must have someone they want really bad to pay him out for 3 years.

What do you think of the move? You can tweet us @abcactionnews or weigh in on our Facebook page:

The Buccaneers were 8-24 in his two seasons with the team.Do you think this is a good move?