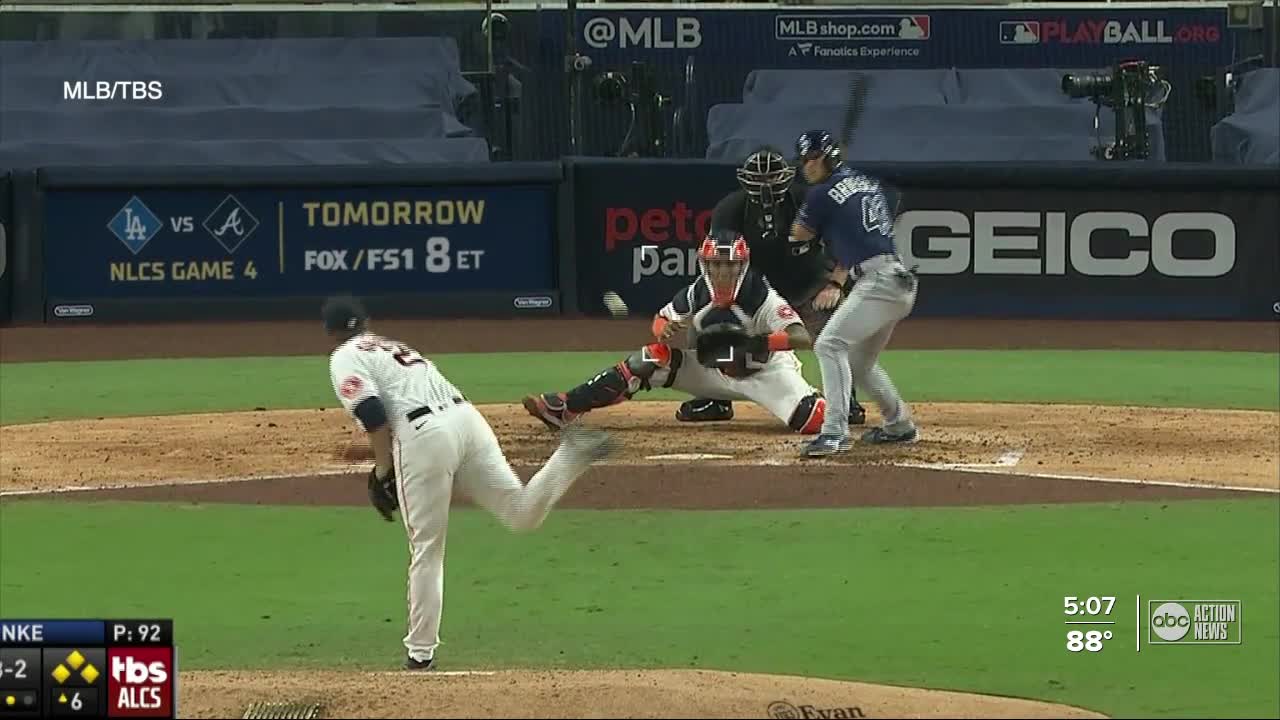 The Rays are 8-3 in the postseason, but they've been doing it with pitching and defense. Despite the lack of offense, the Rays say they're confident their lineup will start to heat up. The Rays are one game away from the World Series, but they haven't been winning games with their offense. Tampa Bay has been carried by its defense and starting pitching, but manager Kevin Cash says they need to improve on their .210 team batting average.

"We gotta get the bats going. No doubt about it," Cash said after the loss in game four. "We’ve been carried here by our pitching and defense, which, that’s how we’re built. But it sure would be nice to find a way to get the bats going and keep the line moving a little bit."

Outfielder Randy Arozarena is the only Ray who has been consistent at the plate. He's hitting .442 with home runs in the postseason. His 19 hits are fourth-most by a rookie in playoff history, and the five homers are tied for second.

"We feel good. We’re still going to stay positive," Arozarena said via video chat. "We knew going into this that we were facing a pretty solid team. They’re probably out there thinking the same thing. But we feel good."

Relief pitcher John Curtiss will get the start as "the opener" for the Rays. The rest of the pitching lineup is to be determined. First pitch between the Rays and Astros is set for 5:07 ET. Tampa Bay leads the series 3-1, and a win sends them to Arlington, TX for a World Series date with the winner of the NLCS. The Braves lead that series 2-1 over the Dodgers.