Rays get shot at revenge against Astros in ALCS; Game 1 Sunday 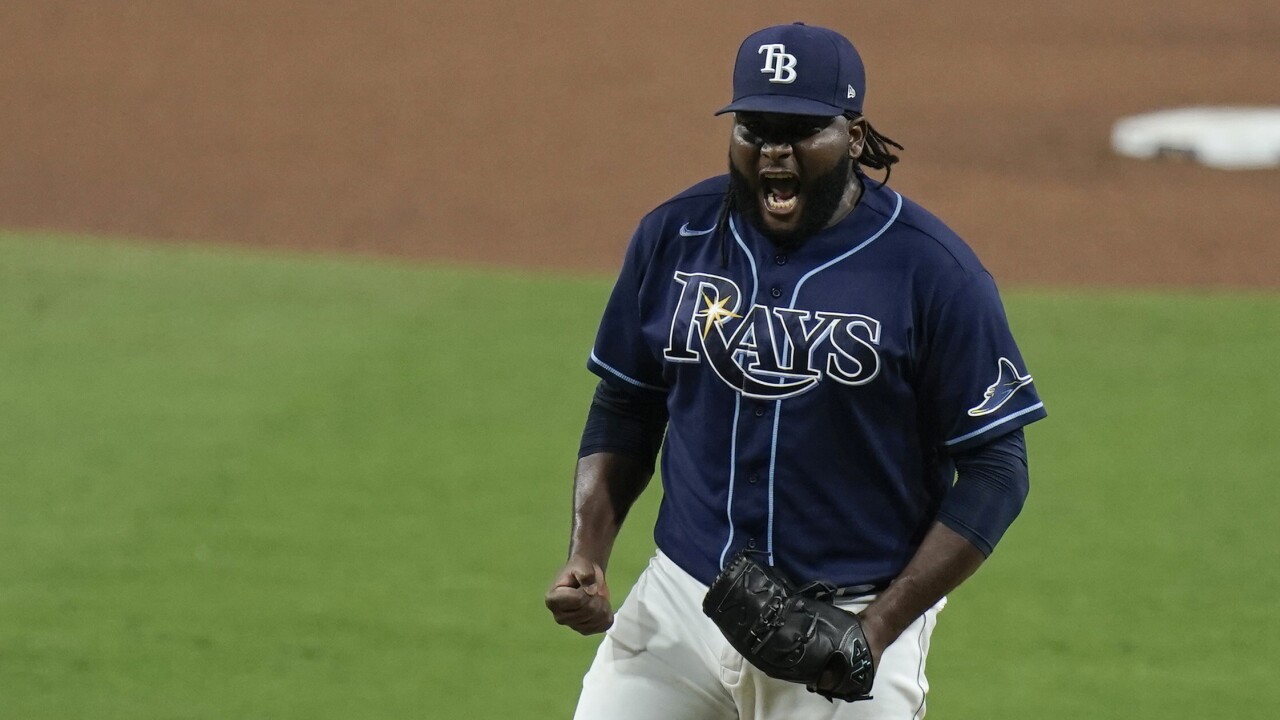 The Tampa Bay Rays are coming off an incredible emotional high after an exhilarating win against the New York Yankees in Game 5 of the American League Division Series Friday night.

Mike Brosseau hit a tiebreaking homer in the eighth inning off All-Star closer Aroldis Chapman on Friday night, propelling Tampa Bay past the rival Yankees in their AL Division Series. It was a sweet piece of vengeance for Brosseau after Chapman buzzed a 101 mph fastball over his head during the regular season, escalating tensions in an already bitter rivalry.

Tampa Bay got the last laugh, winning the game 2-1 to advance, and celebrating with a playlist of New York-themed songs.

But now the team has a short turnaround before facing a familiar foe.

The Houston Astros eliminated the Minnesota Twins in the Wild Card round and the Oakland Athletics in the Division Series, leading them to square off with the Rays in the ALCS.

The series is a rematch of last year's ALDS where the Astros knocked the Rays out in 5 games.

But this year, it's the Championship Series and it's best of 7.

The series is at a neutral site in San Diego, the same place Tampa Bay just played at against the Yankees.

Game 1 is Sunday evening at 7:37 and will feature a matchup between Framber Valdez for the Astros and Blake Snell for the Rays. Snell was up in the bullpen for Tampa Bay Friday night but never got into the game.

This marks the first time the Rays have made the ALCS since 2008. The Astros were in this spot last year and eliminated the Yankees before ultimately losing to the Washington Nationals in the World Series.

On the National League side of things, the Atlanta Braves will play the L.A. Dodgers in a series that starts Monday.