'The Happiness Guy' hammers up 81 signs of positivity across St. Petersburg | The Rebound Tampa Bay

Gary King believes one word can improve your mood 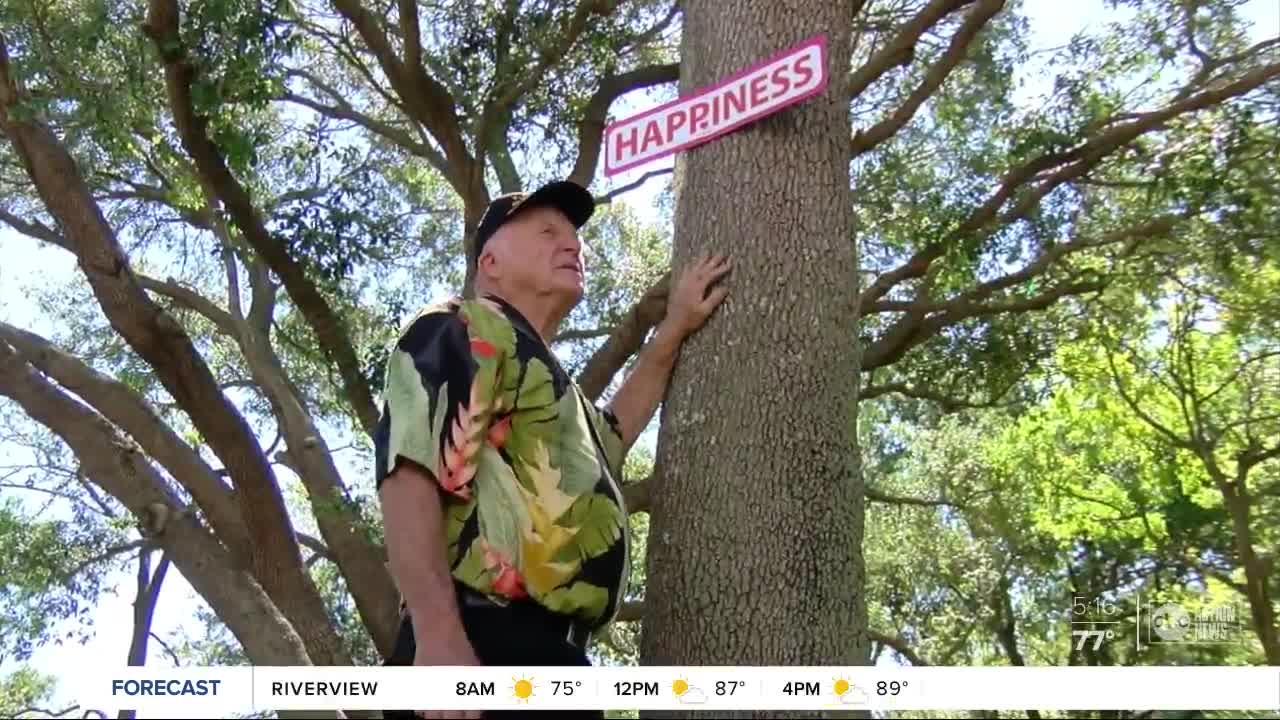 Gary King hammered up 81 of his signature signs across St. Petersburg as a way to heal his own pain and uplift others. Story: https://bit.ly/3bS17dU 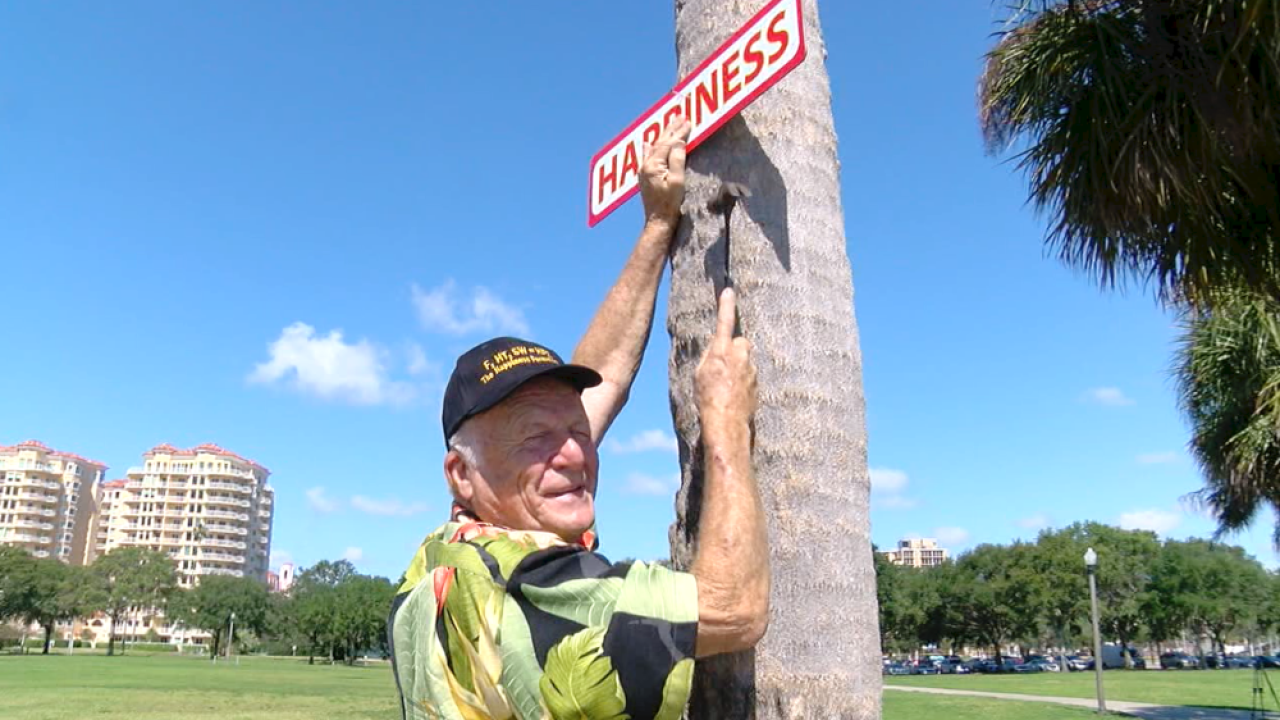 ST. PETERSBURG, Fla. — Gary King climbs onto a milk crate and hammers a small colorful sign onto a tree along Beach Drive in downtown St. Petersburg.

It is a simple message 74-year-old King believes is helping him heal from a lifetime of struggling with PTSD.

“This is great therapy,” King says.

King travels the world speaking about positive thought. He also wrote a book, “The Happiness Formula: The Ultimate Life Makeover.”

But it’s his aluminum and Fiberglass signs that made him a local hero.

“You’re the sign guy!” a jogger says with a smile as King puts up a sign by the waterfront in Vinoy Park.

King has had a turbulent life. He suffered emotional abuse as a child. His son took his own life, sending King into an emotional tailspin.

“Everything you take in creates an emotion,” King says. “The whole idea is to create emotions that make you healthy physically and healthy emotionally.”

King wanted to try his own self-therapy. He embarked on an experiment using the science of subliminal messaging, coupled with inspiration from a “HAPPINESS” sign he had in his own home.

That is how “The Happiness Guy” and his 81 signs across St. Pete were born in November 2019.

For the first time in a long time, “the Happiness Guy” is truly happy.

Little kids approach him about the project and restaurants requested his signs.

So far no one asked King to remove his work. Maybe that is because we can all use some joy in our lives these days.