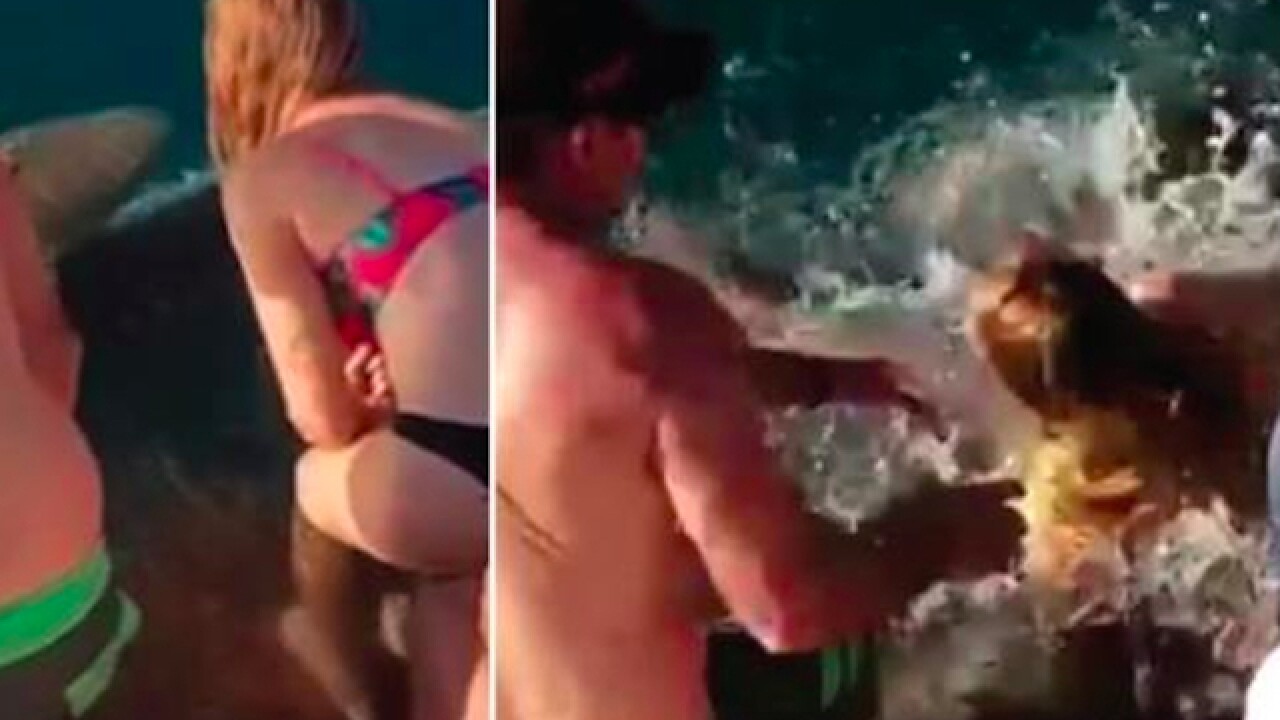 A woman was yanked from a boat when a shark she was hand-feeding bit into her finger and hauled her into waters off the northwestern coast of Australia.

Melissa Brunning was standing on the stern of a yacht, feeding fish to a group of tawny nurse sharks, when one sank its teeth into her finger and dragged her overboard.

Mobile phone video footage of the incident shows her screaming as she fell into the water.

"It happened so quickly. All I could really focus on was the fact that my finger is gone. He'd clamped on it and it felt like it was shredding off the bone," she said.

The attack occurred while the 34-year-old woman from Perth was on holiday in Dugong Bay, a remote spot known for its sharks and saltwater crocodiles.

Tawny sharks are normally placid creatures, but will bite defensively if they feel threatened. In this case, the attacker's multiple rows of shark teeth and powerful jaws were strong enough to fracture Brunning's bone.

Although she was quickly pulled back on board by her companions, Brunning initially thought that she'd lost her finger in the attack.

"I came up and I said I've lost my finger and I couldn't even look at my finger because I thought it was gone, and I thought if I looked at it I'd probably go into shock."

Her finger survived and Brunning emerged from the incident relatively unharmed.

She said she was wrong to attempt to feed the sharks and cautioned others against doing the same.

"Just be mindful of your surroundings and don't feed sharks."