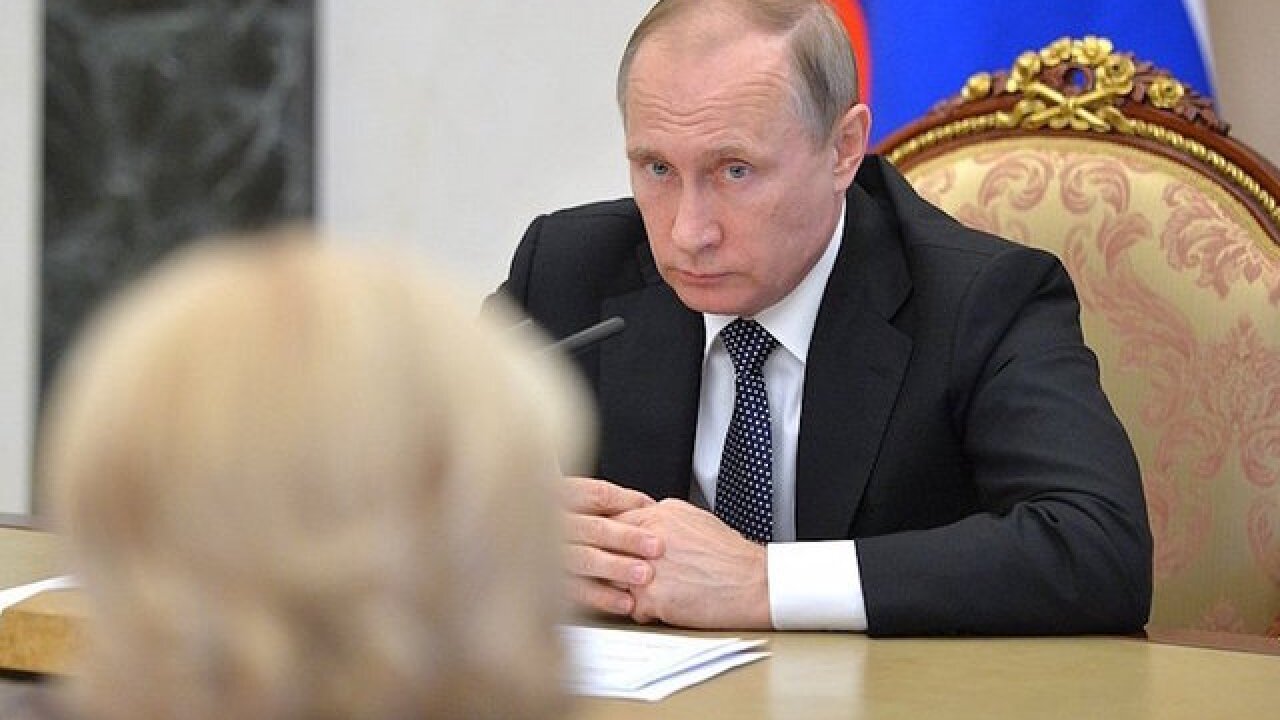 Russian President Vladimir Putin boasted Thursday of new weaponry that will render NATO defenses "completely useless" -- and delivered a warning to the world about Russia's resurgent military might.

In an annual address to the Russian parliament, the Kremlin leader said Russia had developed a new, nuclear-capable cruise missile with "unlimited" range that is capable of eluding air-defense systems.

He also said Russia had developed an "invincible" missile that can deliver a warhead at hypersonic speed.

Putin is running for reelection in mid-March on a platform that emphasizes his strength as a leader. And Thursday's speech was an occasion for the Russian President to showcase his country's strides in military technology.

"Russia still has the greatest nuclear potential in the world, but nobody listened to us," he said. "Listen now."

One new development: The creation of a low-flying cruise missile capable of stealthy operation. Putin said the missile would be nuclear-powered and showed a video simulating its flight.

"Since the range is unlimited, it can maneuver as much as necessary," Putin said.

Another military development, Putin said, was a weapon capable of flying "like a meteorite" at several times the speed of sound.

"It will be practically invulnerable," he said. "The speed will be hypersonic."

Putin has long fumed over the decision of President George W. Bush to withdraw from the 1972 Anti-Ballistic Missile Treaty and deploy missile defenses. In his remarks, the Russian president said Moscow's new arsenal had been developed in response to Washington's moves.

"We are creating state-of-the-art systems for Russia's strategic weapons in response to the unilateral US withdrawal from the ABM Treaty," Putin said.

Putin said Russia has developed other new weaponry, including unmanned underwater vehicles capable of moving at great speeds. The Russian President also responded to the Trump administration's recent Nuclear Posture Review, which calls for enhancing the flexibility of the US nuclear deterrent.

The US review is "of great concern," Putin said, asserting that it potentially lowers the bar for the use of nuclear weapons.

The United States remains the world's largest military spender. According to the Stockholm International Peace Research Institute, the US outspends Russia by a factor of around 10, according to its latest figures online.

Russia's foreign policy has been much muscular in recent years, however. Putin deployed his air force to Syria in the autumn of 2015 to back the forces of Syrian President Bashar al-Assad, turning the tide of war in favor of the regime. Russia's Syria intervention has also become an occasion for Russia to showcase some of its latest conventional weaponry, including new aircraft.

But in his remarks, Putin maintained that Russia's military posture is purely defensive in nature.

"We've never had an intention of attacking anybody," he said. "Russia will only retaliate if it is attacked."

Russia remains "interested in normal constructive relationship with the EU and America," he added.