As part of its post-wildlife recovery effect in the wake of devastating bushfires, the New South Wales (NWS) government launched "Operation Rock Wallaby." 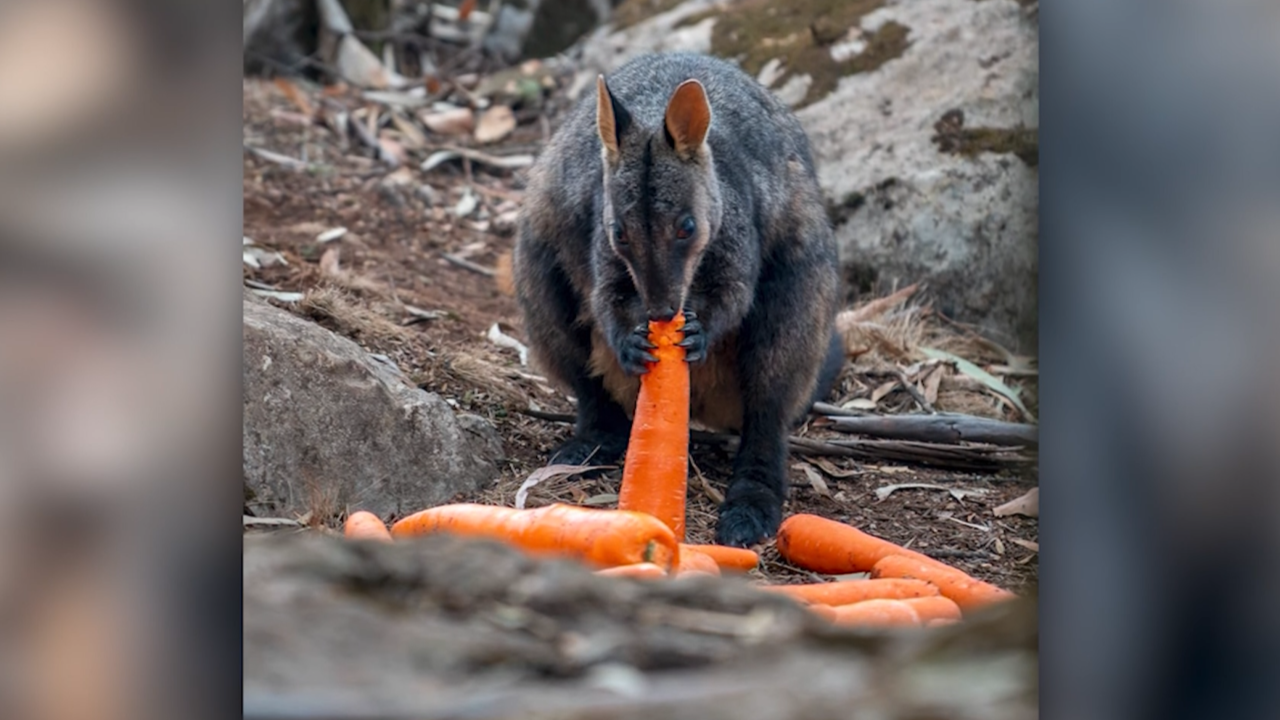 For some animals in Australia, it was cloudy with a chance of carrots on Saturday.

As part of its post-wildlife recovery effect in the wake of devastating bushfires, the New South Wales (NSW) government launched "Operation Rock Wallaby."

In an effort to feed brush-tailed rock-wallabies affected by the fires, officials dropped more than 4,000 pounds (2,100 kilograms) of sweet potatoes and carrots across different colonies last week, according to a statement from the NSW Government.

"Initial fire assessments indicate the habitat of several important Brush-tailed Rock-wallaby populations was burnt in the recent bushfires," NSW Environment Minister Matt Kean said in a statement. "The wallabies typically survive the fire itself, but are then left stranded with limited natural food as the fire takes out the vegetation around their rocky habitat."

Kean said this is the most widespread food drop they have ever done for brush-tailed rock-wallabies.

"The wallabies were already under stress from the ongoing drought, making survival challenging for the wallabies without assistance," he said.

According to experts at The University of Sydney, more than 1 billion animals have been killed in the Australian bushfires.

In addition, the fires have killed at least 27 people and scorched an area larger than the state of Indiana since September, according to the Associated Press.