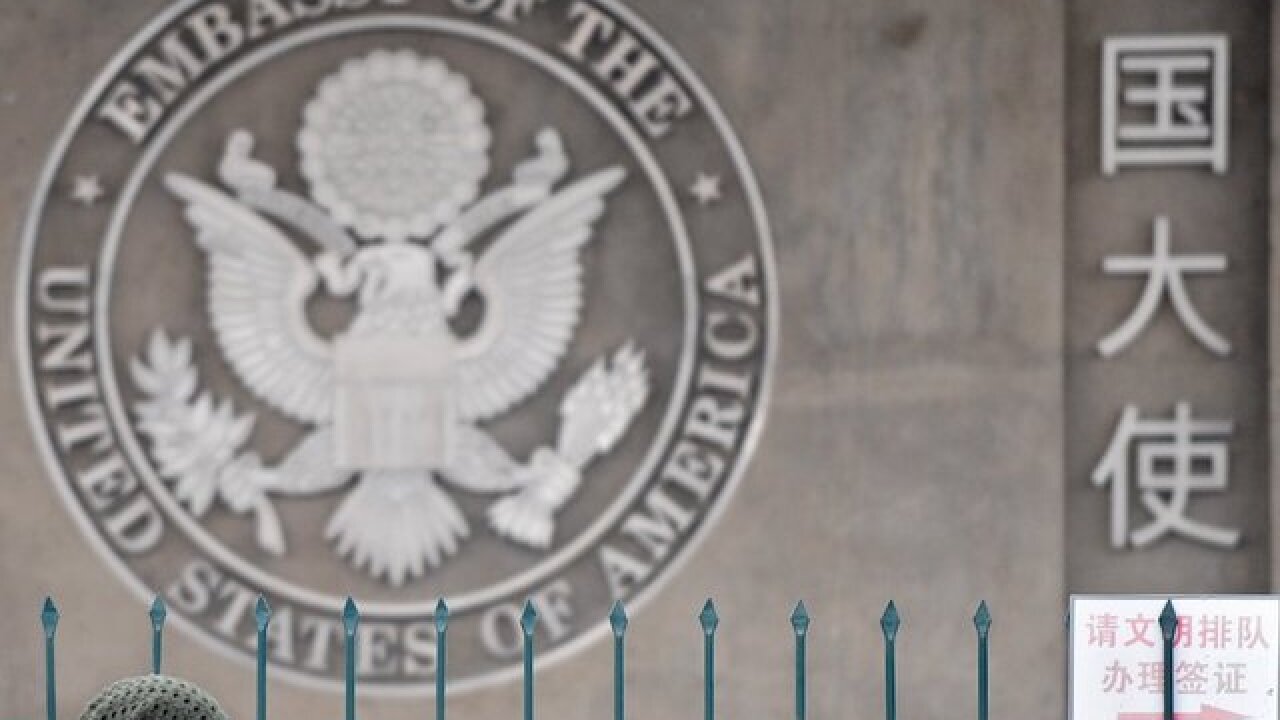 © 2018 Cable News Network, Inc.
Frederic JBrown/AFP/Getty Images
<p>A number of US personnel in China have been sent back to the United States for further health screenings after concerns over reports of mysterious acoustic incidents similar to the Cuba "sonic attacks."</p> 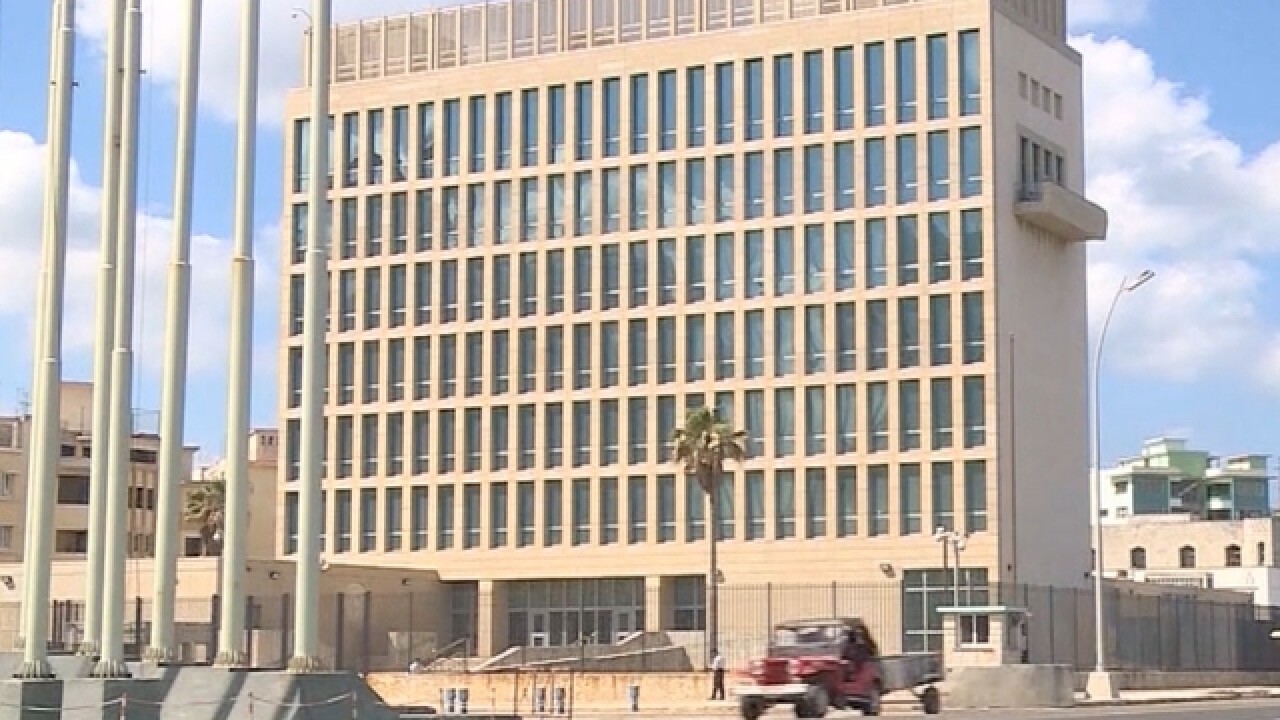 They've been described as sonic attacks -- bizarre, unexplained head injuries that spurred the United States to bring home diplomatic staff from China and Cuba. Now scientists are saying the ailments could have been caused by microwave weapons.

Though a March report based on the examinations of 21 diplomats who served in Cuba didn't link the attacks to microwaves, the study's lead author, Douglas Smith, director of the University of Pennsylvania's Center for Brain Injury and Repair, told The New York Times that the diplomats likely suffered brain injuries and that microwaves are considered the culprit.

"Everybody was relatively skeptical at first," he told the newspaper, "and everyone now agrees there's something there."

Most of the attacks came in 2016 and 2017, though there have been a handful of reported incidents this year as well.

A senior administration official told CNN that investigators have torn apart buildings where diplomatic employees encountered the sounds but found no acoustic devices, leading law enforcement to believe that the injuries were the result of microwaves beamed from a nearby location and that the "sounds" were merely a means of masking the microwave attacks.

Beatrice Golomb, a professor of medicine at the University of California San Diego, concurred with Smith in a paper slated for publication later this month.

"Everything fits," Golomb said in a university news release. "The specifics of the varied sounds that the diplomats reported hearing during the apparent inciting episodes, such as chirping, ringing and buzzing, cohere in detail with known properties of so-called 'microwave hearing,' also known as the Frey effect."

According to The New York Times, analysts are increasingly citing the Frey effect, named for scientist Allan Frey, who found microwaves can dupe the brain into hearing what it perceives to be normal sounds. This may account for the loud ringing, buzzing and grinding experienced by the injured diplomats.

The weapon could be portable

Microwaves are common. Radios, satellite television, radars, GPS, Bluetooth, cellphones and, of course, microwave ovens employ them, and they're deemed harmless in most applications, though the newspaper points out that governments including the US and Russia have for decades studied ways to weaponize them.

The weapon itself would be portable, according to The New York Times, capable of being held in one's hand or mounted on a vehicle, and while most would work over the span of only a few blocks, high-powered versions could fire microwave beams up to several miles.

In a statement, the US State Department on Sunday neither confirmed nor denied the possibility that microwaves were behind the diplomatic injuries.

"The health and well-being of our personnel remains our top priority," the statement said. "The investigation into the origin of these symptoms continues. The inter-agency community is working diligently to determine the cause of the symptoms, as well as to develop mitigation strategies."

The Cuban government has yet to respond. Previously, it not only denied involvement in the attacks but cast doubt on whether they actually occurred. In June, Cuba's Foreign Ministry said "political motivations" drove the US to withdraw its embassy personnel.

"There is no credible hypothesis or conclusions adhered to science that justify the actions taken by the government of the United States against Cuba to the detriment of the bilateral relationship," the statement said.

Less than two weeks later, the US State Department announced yet another diplomatic employee suffered "health effects" consistent with those experienced by other embassy personnel, and a second employee was being evaluated.

At that time, 25 Americans in Havana had been affected by the attacks, State Department spokeswoman Heather Nauert said.

In June, the State Department expanded a health alert for China after a series of supposed acoustic incidents that left diplomatic personnel suffering injuries similar to their counterparts in Cuba. The original health alert 16 days earlier was issued solely for Guangzhou, where an American was diagnosed with a mild brain injury after complaining of mysterious sonic phenomena.

In the expanded alert, the State Department said it had sent an unspecified number of employees stationed in China back to the United States for medical testing.

The reason the incidents have been characterized in the past as sonic or acoustic attacks is because they coincided with high-pitched sounds. Cuban diplomats in particular experienced a variety of symptoms, including sharp ear pain, headaches, ringing in one ear, vertigo, disorientation, attention issues and signs consistent with mild traumatic brain injury or concussion.

Secretary of State Mike Pompeo said earlier this year he was establishing a Health Incidents Response Task Force, led by Deputy Secretary of State John Sullivan and including representatives from the departments of Justice as well as Health and Human Services.

The task force will serve as the "coordinating body for department and interagency activities, including identification and treatment of affected personnel and family members, investigation and risk mitigation, messaging, and diplomatic outreach," Pompeo said in a statement.

The sophistication of the attack has led US officials to suspect a third country is involved, perhaps as retribution against the US or Canada -- whose diplomats have also been targeted -- or to drive a wedge between those countries and Cuba.

In August 2017, officials included Russia among a list of countries that have an adversarial relationship with the United States and that American investigators suspected might be involved. Russia is one of the few countries that have used microwave technology before, and a theory among investigators is that some rogue Cuban intelligence officials worked with Russia because they were not happy with the détente between US and Cuba, the senior administration official said.