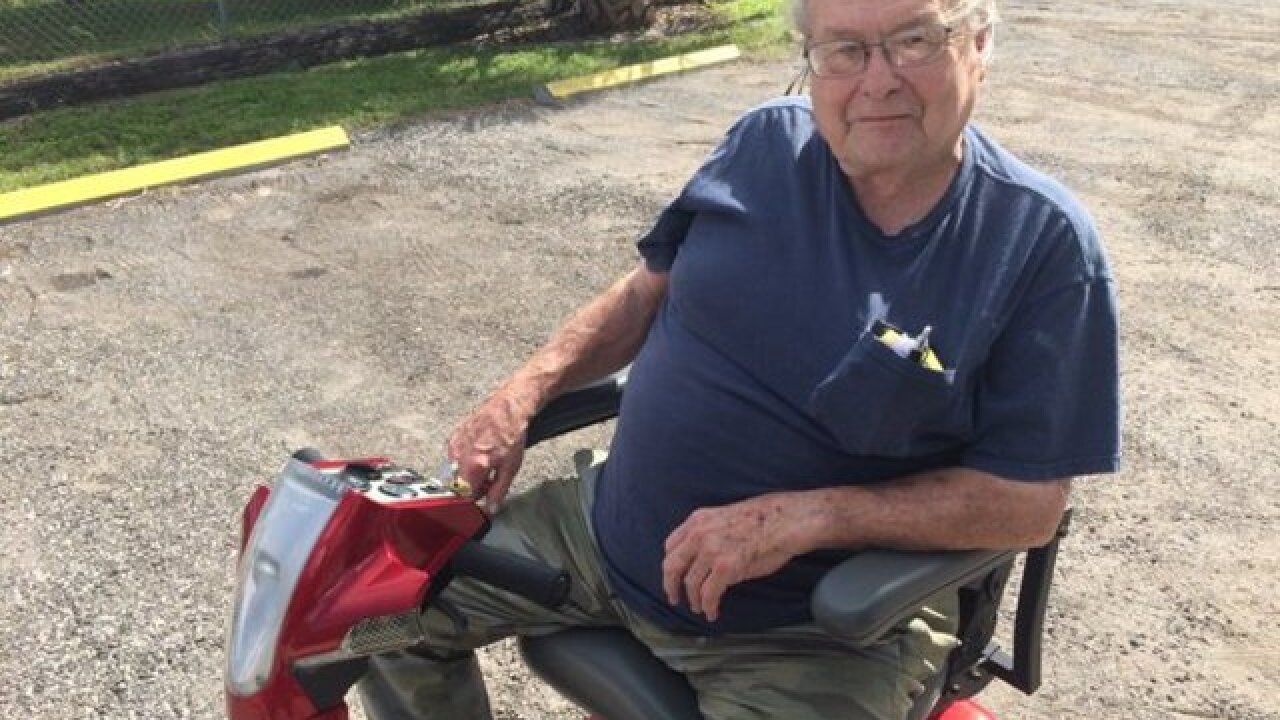 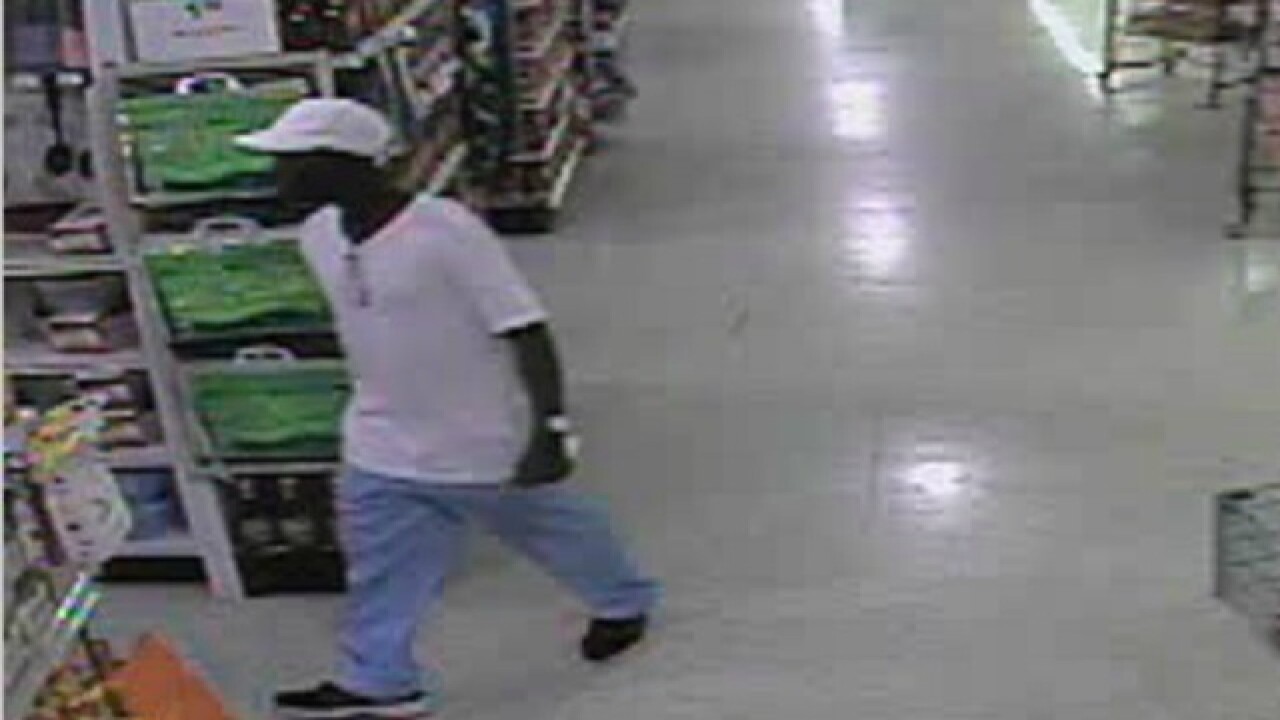 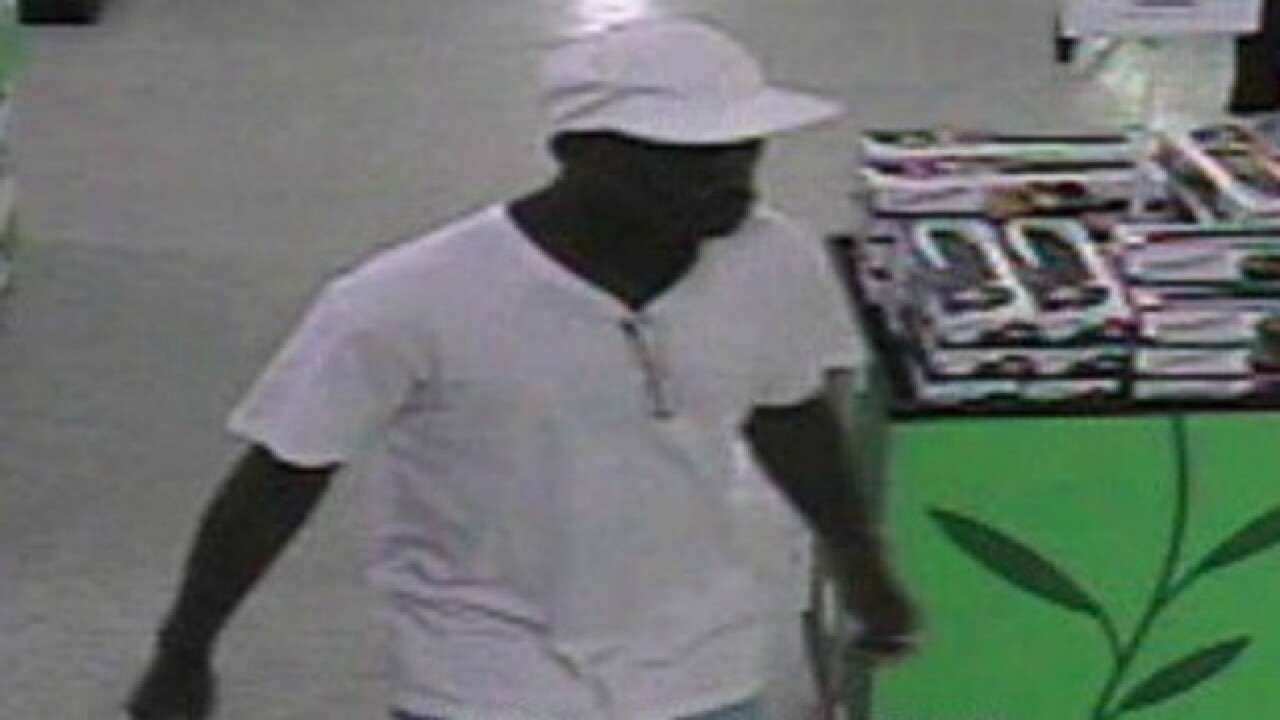 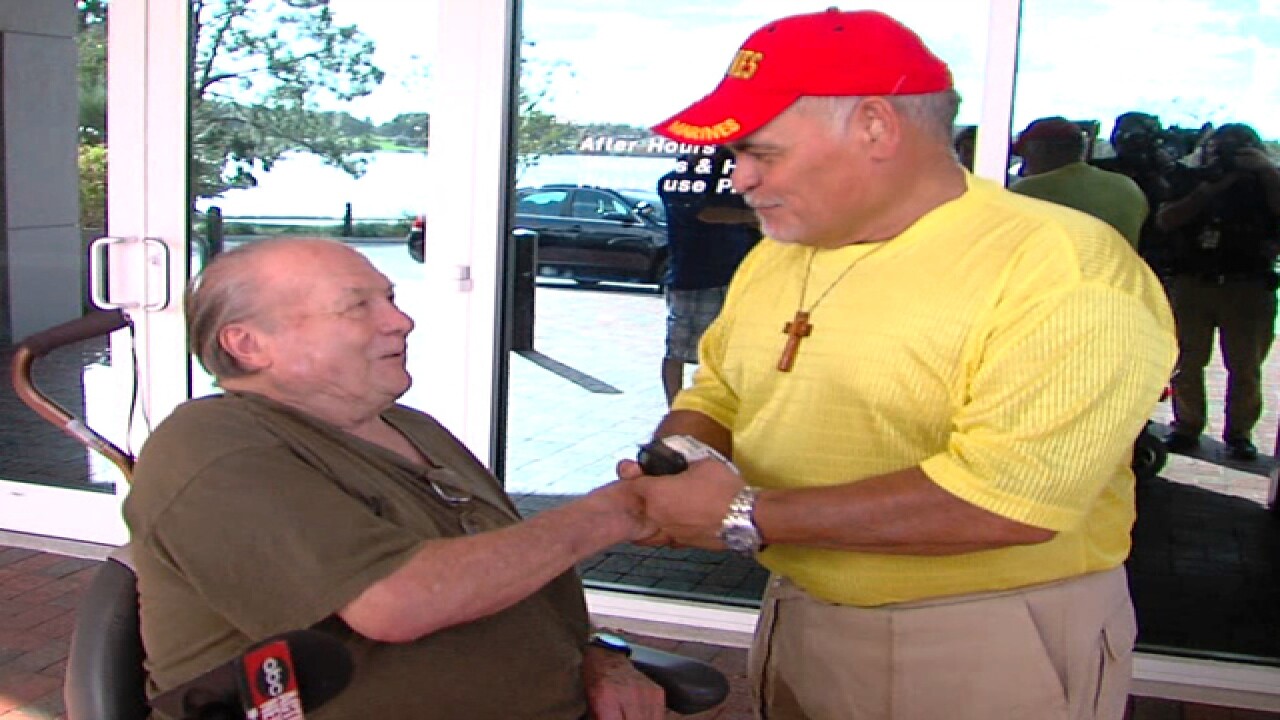 Seconds later a man came down the aisle and picked up the wallet, walking right by Lear, who was in a motorized cart.

A 76 year-old, who was in a motorized cart, dropped his wallet while shopping at Publix on Saturday. This video shows a man picking up the wallet and walking away. The victim didn't realize his wallet was gone until he was ready to pay and by then his bank account was already compromised.Help Winter Haven Police identify this suspect by sharing this information or contacting Heartland Crime Stoppers Florida.

Lear didn't realize his wallet was gone until he was ready to pay for his items. He called his bank to cancel the card and his bank account had already been compromised, just eight minutes after the wallet was taken.

Winter Haven Police Department is asking for the public's help in identifying the suspect who is described as a dark-skinned black male between 30 and 45 years old and approximately 6 feet tall. He was wearing a white T-shirt, white ball cap, light-blue pants and has what appears to be reading glasses hanging on the front of his shirt.
The wallet was found by 63-year-old Richardo Ochoa on Monday in a dumpster behind Dexter's Coin Laundry, at 1106 Sixth St. NW, near the Publix. Ochoa was looking inside garbage cans to retrieve aluminum cans when he found Lear’s wallet.
When Ochoa returned home, he opened the wallet and saw identification. He also found $700 in cash that was hidden in the wallet.
Ochoa contacted the Winter Haven Police Department on Tuesday to turn the wallet with all of the contents intact.
Winter Haven Police are still searching for the suspect who took the wallet.
Anyone with information on the identity of the suspect is asked to call Heartland Crime Stoppers at 800-226-TIPS (8477). Callers can remain anonymous and could be eligible for a cash reward.
Scripps Only Content 2015