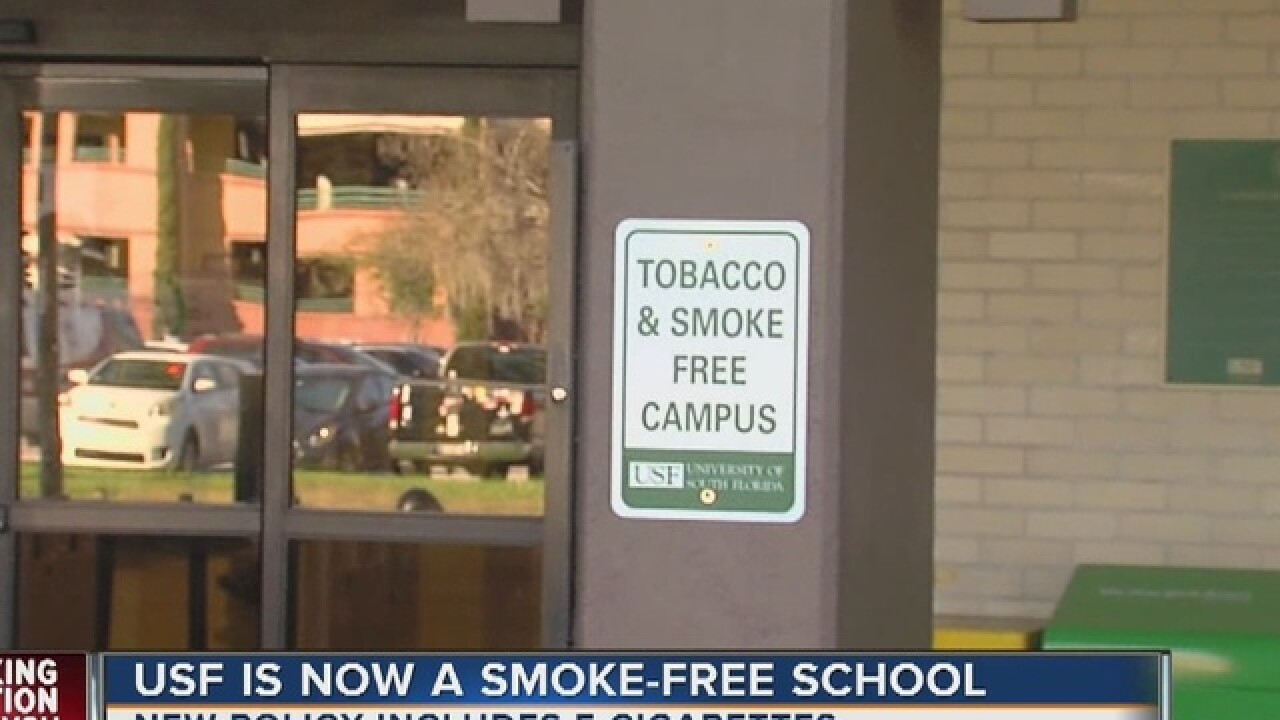 Smoking on the University of South Florida campus is now banned as of January 4, 2016, although it's not yet clear how well this new rule will be enforced
Some people, like USF student Andrew Gomez, told ABC Action News he's looking forward to the changes, like less second-hand smoke, and less litter.
"I think it will be good to get rid of it altogether. It just leads to a lot of cigarette butts everywhere," said Gomez.
Smoking on USF's campus had been limited to a couple dozen on-campus designated smoking areas for the past few years. But those are now gone too.
The biggest reason for the change could be that it's a good way to recruit new students.
"A majority of our prospective students as well as our faculty and staff are non-smokers and this is something that we have found prospective students are seeking," said Beverly Daly, USF's Director of Environmental Health and Safety.
Daly says the penalty for breaking the new rules could be disciplinary action, similar to what's done at USF's other campuses, in St. Pete and Sarasota, which are already tobacco-free.
The ban includes cigarettes, e-cigarettes, chewing tobacco and hookahs, and would apply for any part of campus, including public events, sporting events, and graduation.
Read the new policy by clicking HERE.
Scripps Only Content 2015