Tampa Police have a suspect in custody

A Tampa area cab driver was shot during an attempted robbery overnight and had to be treated at a local hospital Thursday morning.

TAMPA, Fla. — Police have arrested the man they say shot a Tampa area cab driver during an attempted robbery overnight.

Stephon Dye, 19, is being charged with aggravated battery with great bodily harm and robbery.

The cab driver suffered non-life threatening injury and was treated at a local hospital and later released.

Tampa Police said the shooting happened near the intersection of N. Nebraska Avenue and E. Seward Street at around 11:25 p.m. Wednesday, and the police investigation went into the early hours of Thursday morning.

The cab driver is said to have tried to fight off the armed robber, according to police on the scene who were investigating the shooting. 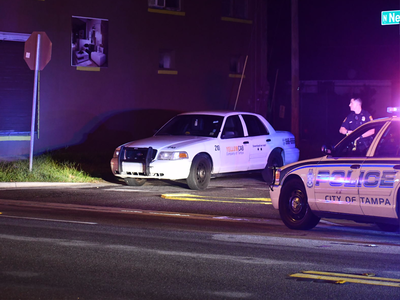 The cab driver is employed by Yellow Cab in Tampa. The driver's name has not been made public at this time.