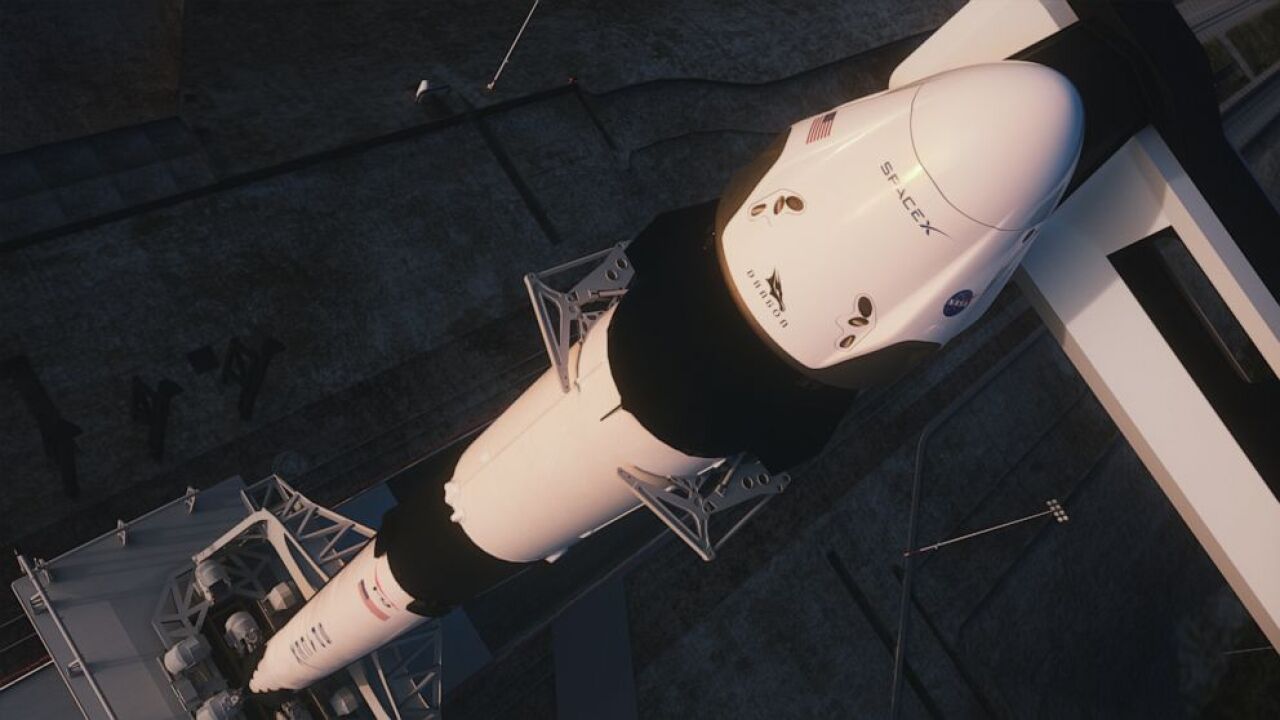 SpaceX is intentionally blowing up one of its Falcon 9 rockets shortly after it launches Sunday, during what it hopes will be the final unmanned test flight before the private aerospace company can send NASA astronauts to the International Space Station.

The in-flight abort test, scheduled for a Sunday morning launch at 8 a.m. from NASA's Kennedy Space Center in Florida, is meant to try out the spacecraft Crew Dragon's "escape capabilities" or its ability for astronauts to jettison if there were an emergency during launch, according to a statement from NASA.

The original launch was scheduled for Saturday, but due to the weather, crews delayed for Sunday.

It comes just under a month after a separate NASA Commercial Crew launch done in coordination with Boeing did not go as planned and did not make it to its destination at the ISS.

.@NASA and @SpaceX are standing down from today’s #CrewDragon In-Flight Abort test due to poor splashdown and recovery weather.

The demonstration is now targeted for Sunday, Jan. 19. The six-hour launch window will open at 8am ET. https://t.co/Sw7akcsgJC pic.twitter.com/N1XwE0A337

As part of Sunday's test, SpaceX will trigger a launch escape of the Crew Dragon spacecraft from the Falcon 9 rocket at just slightly under two minutes after takeoff, to see if the spacecraft can safely separate from the rocket.

The Falcon 9 rocket will continue on, following a trajectory meant to mimic a journey to the ISS before eventually -- intentionally -- exploding in the air. A SpaceX team will recover the debris following the break up in the air.

"Critical test launch before flying astronauts is green for Jan 18," SpaceX CEO Elon Musk tweeted a week ahead of the launch.

If this test succeeds, SpaceX could soon send American astronauts to the ISS from American soil for the first time since the U.S. ended NASA's Space Shuttle mission in 2011.

Musk previously indicated in a tweet that he hopes to send a crew on the Dragon in 2020. NASA's Bob Behnken and Doug Hurley are tapped to be the first SpaceX Commercial Crew astronauts.

Sunday's launch will "provide valuable data toward NASA certifying SpaceX’s crew transportation system for carrying astronauts to and from the International Space Station," the NASA statement added. You can watch the launch and explosion live on NASA TV.