WATCH: K-9 takes down Florida man who injected heroin while being chased by deputies

SILVER SPRINGS, Fla. (AP) — Florida authorities say a man being chased by deputies for grand theft and burglary made a pit stop to inject heroin.

Marion County Sheriff’s Office say a detective found a wanted John Stephens, 30, at his central Florida home Monday. Stephens fled in a vehicle. Another deputy later spotted the vehicle and pursued it. The Ocala Star-Banner reports Stephens got out, jumped a fence and was stopped by a K-9 named Tipster who bit him on the arm.

According to deputies, Stephens told them he injected heroin during the chase and apologized. Deputies said they recovered heroin from the vehicle.

Stephens was originally wanted for grand theft, grand theft of a motor vehicle, fraud and two counts of burglary of a conveyance. After the chase, authorities added several new charges. 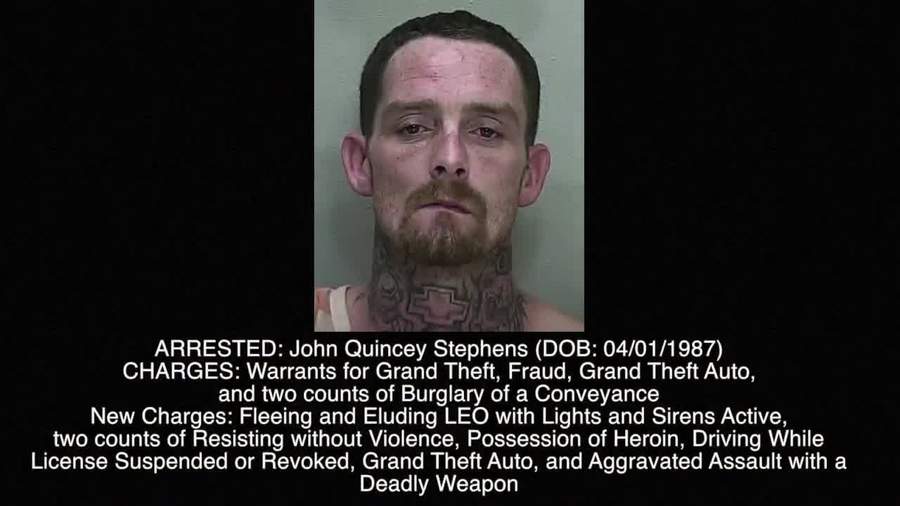