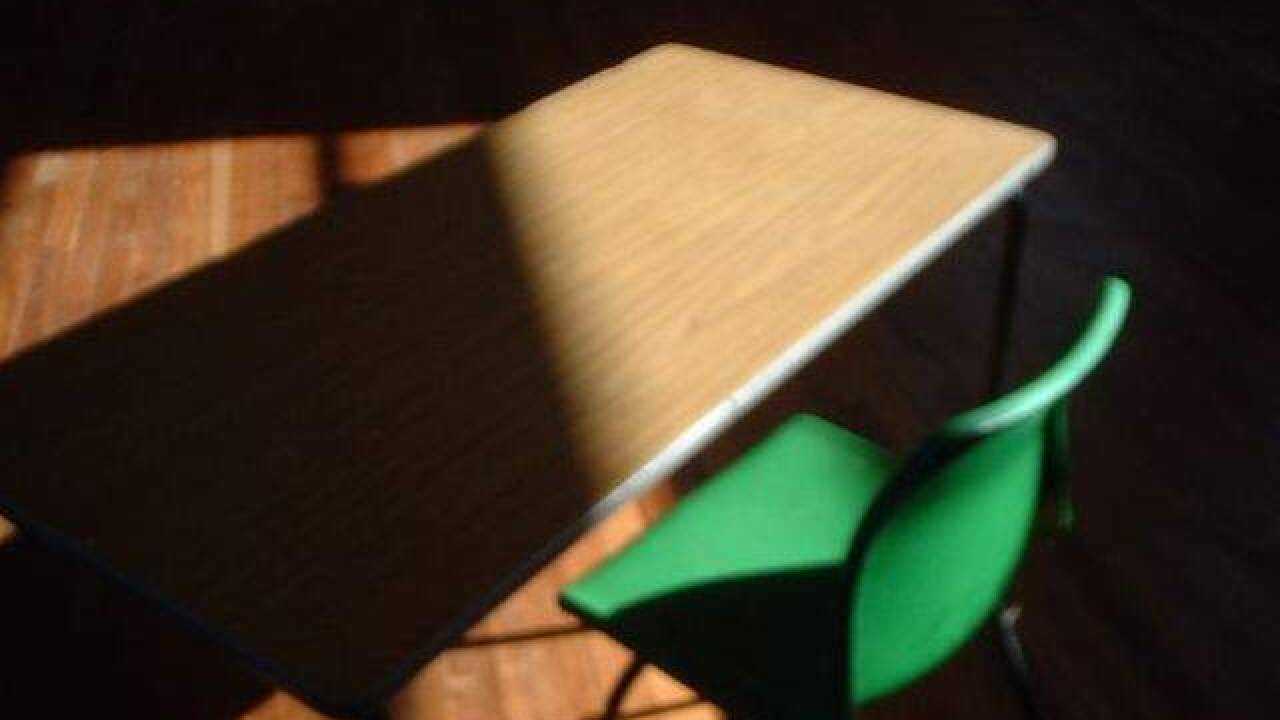 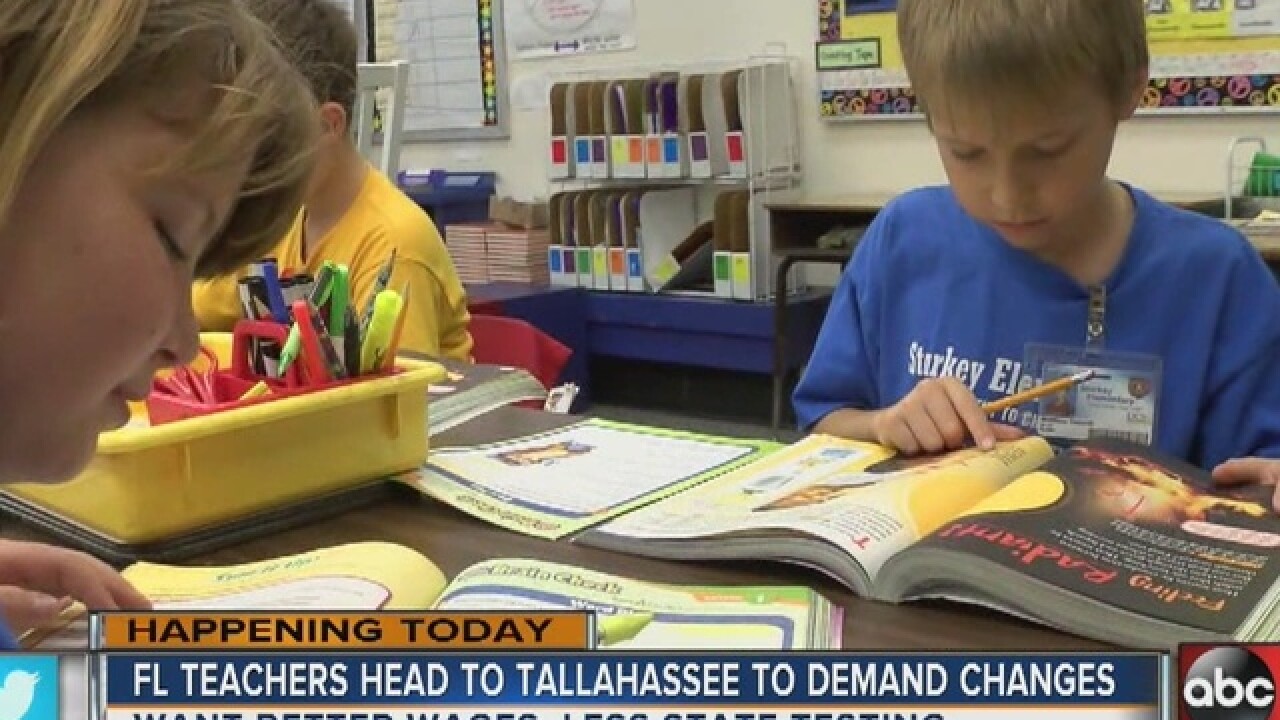 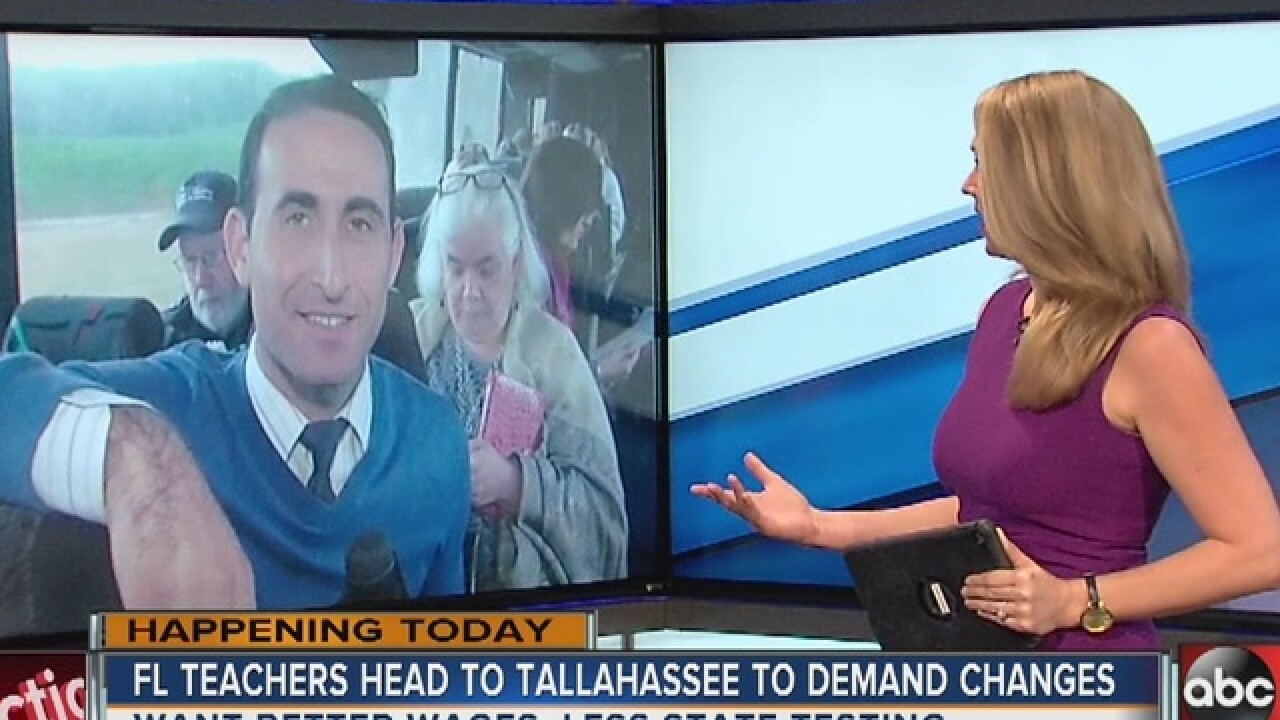 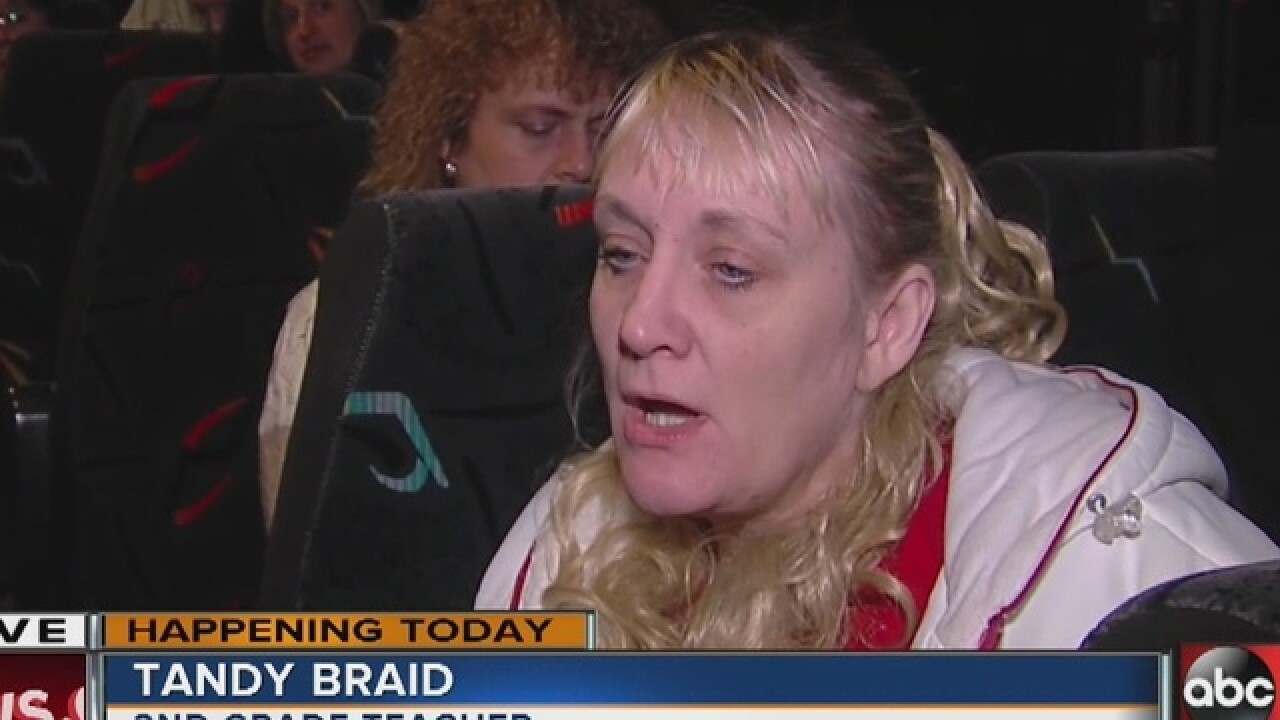 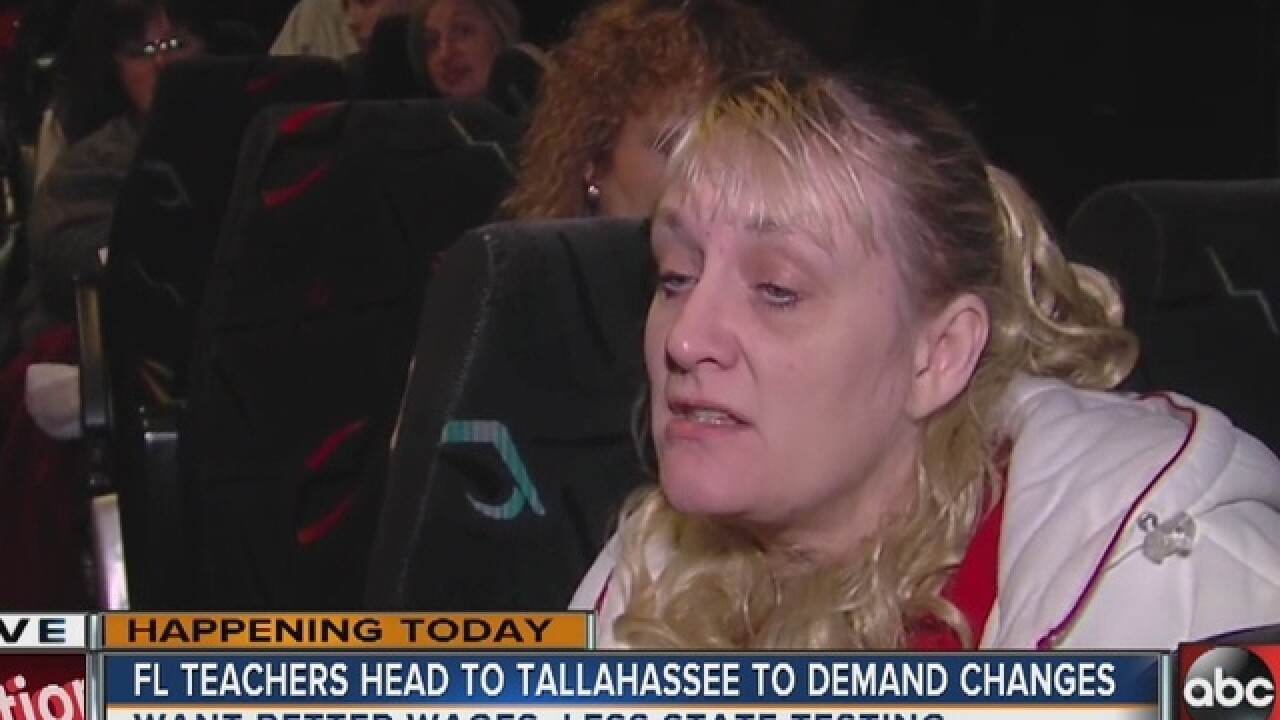 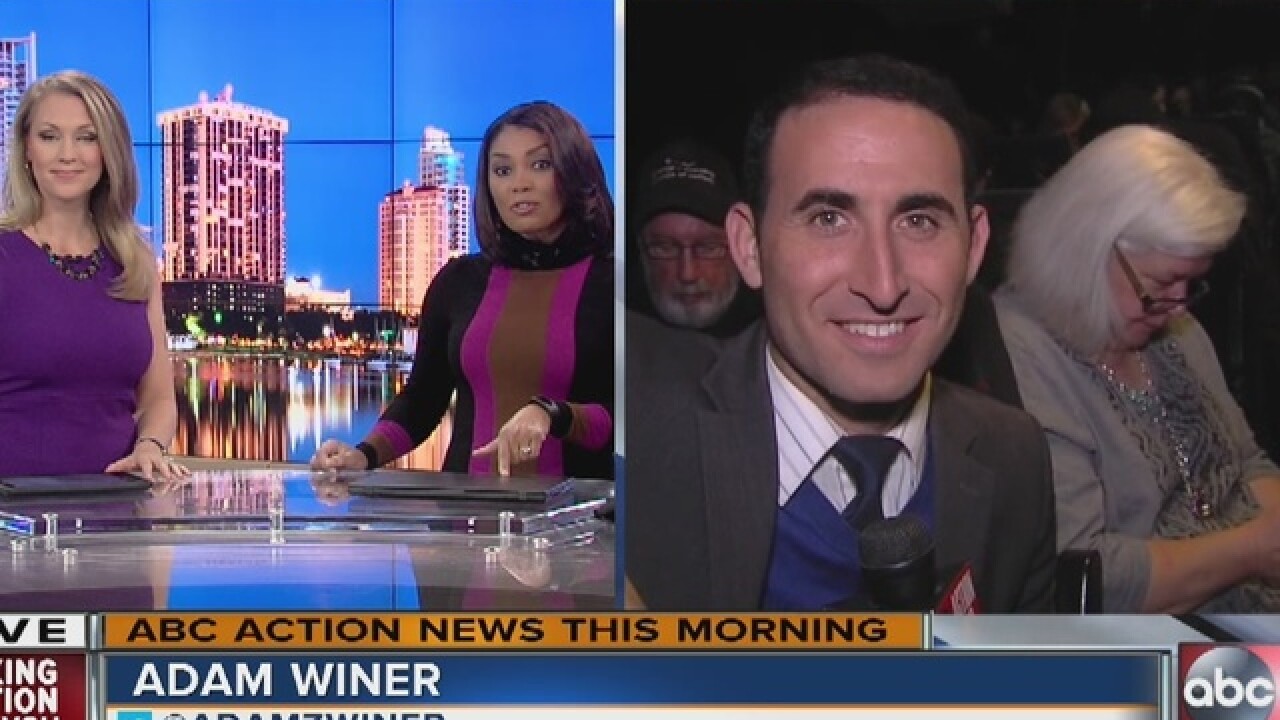 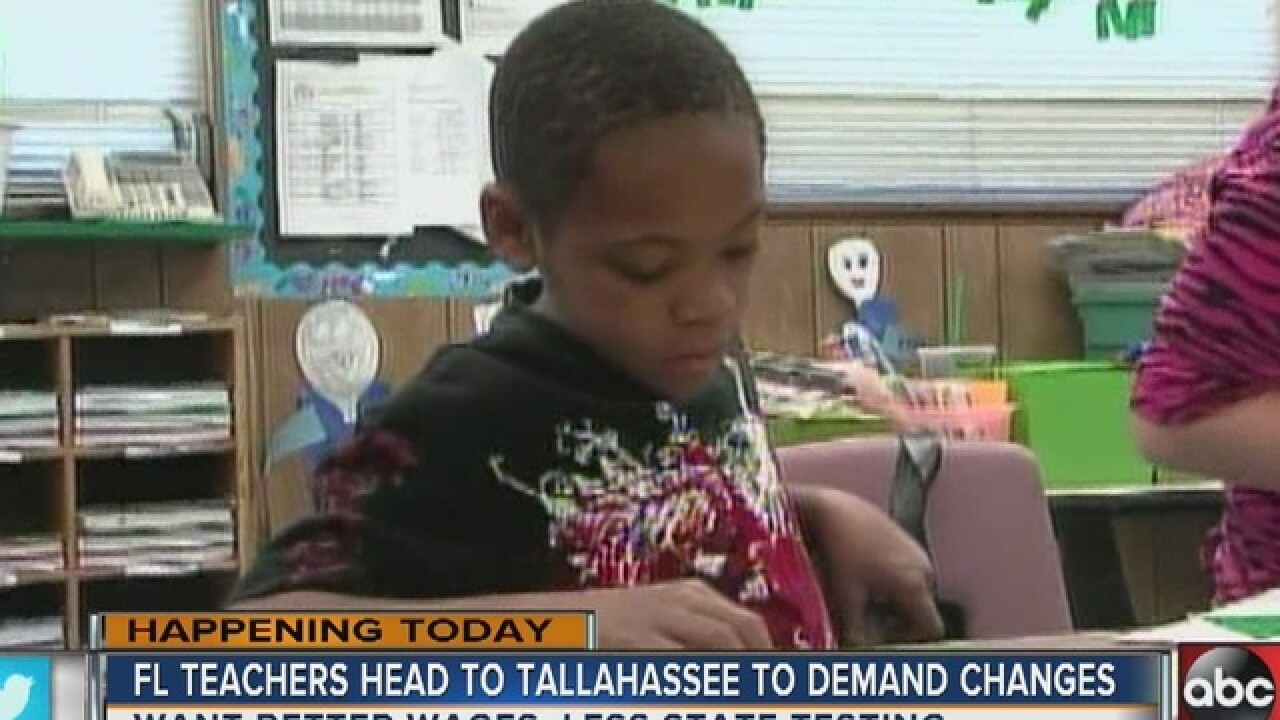 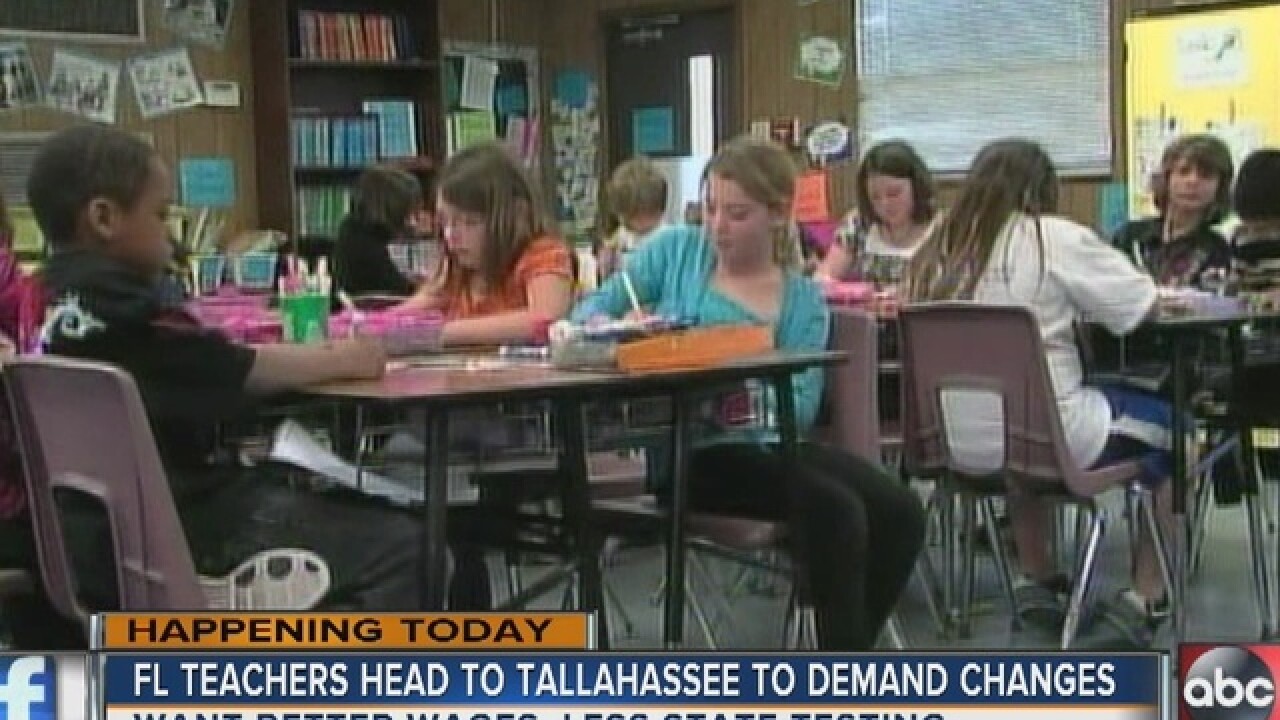 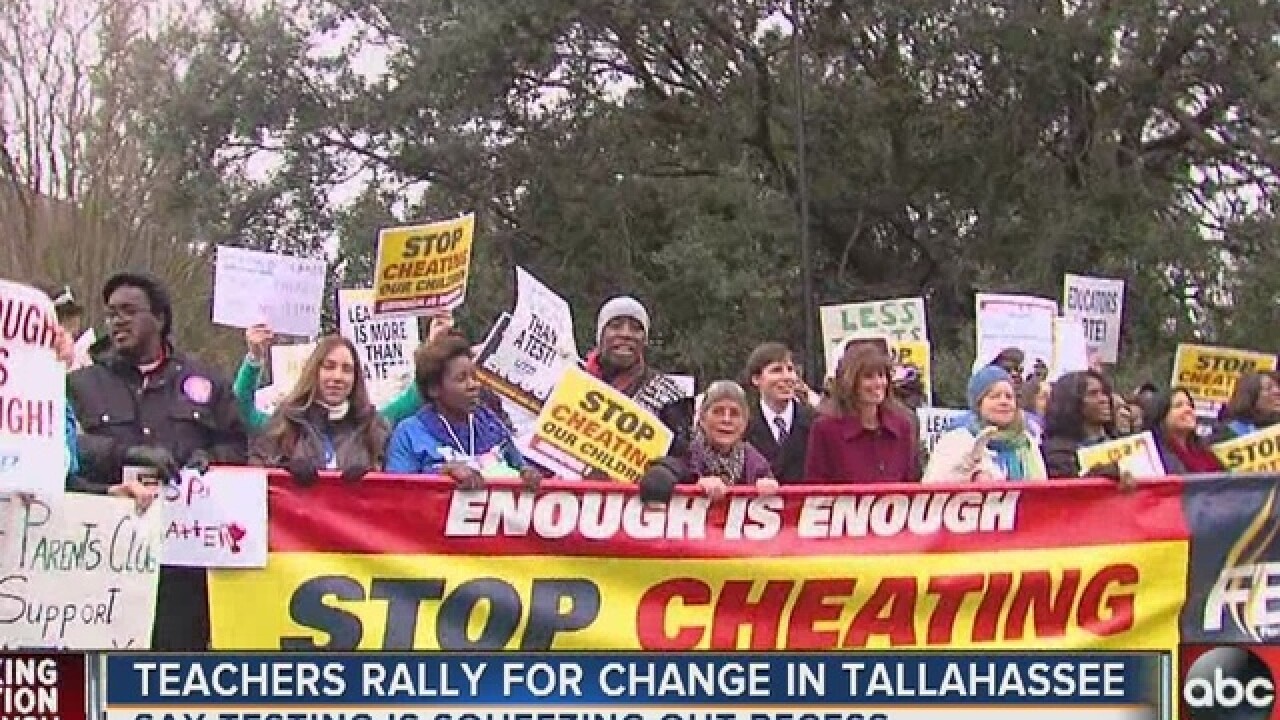 Teachers from all over Florida descended on the state capital Thursday to tell lawmakers "enough is enough."

That was the slogan for the event organized by the Florida Education Association, Florida's largest teachers union. The event, which kicked off at noon on January 14 centered in the Florida Capitol courtyard, and included over a thousand people from all over the state, from the Panhandle to Miami, including many people who traveled from from Polk County on Thursday morning. The group leaving from Bartow this morning was organized by the Polk County Teachers Union, PEA.

The group of educators and education professionals are lobbying state representatives to end what they call "high-stakes testing." Many of the parents and teachers who rallied on Thursday tell ABC Action News they would also like teachers to be paid better, and also believe more students should get time for recess, which has been phased out of many Florida schools.

The state legislature just began its 60-day regular legislative session on Tuesday. Governor Rick Scott signed into law in 2015 a bill to reduce standardized testing, but teachers at the rally say the bill didn't do nearly enough to change the education system, in part because it still directly links teacher pay to student testing performance.

"I don't want them to judge a teacher, the students or a school on a test," said longtime Spook Hill Elementary teacher Susan Yolmeh to ABC Action News during the ride to the rally. "A test does not determine how we're doing as a school. It's wrong, it's unethical and it shouldn't happen."

Some Florida lawmakers say those methods, and standardized tests, are essential to tracking student learning and holding teachers accountable.