WPTV NewsChannel 5 reporter Miranda Christian speaks to the happy couple whose baby couldn't wait to be born and the midwives who helped make it happen. 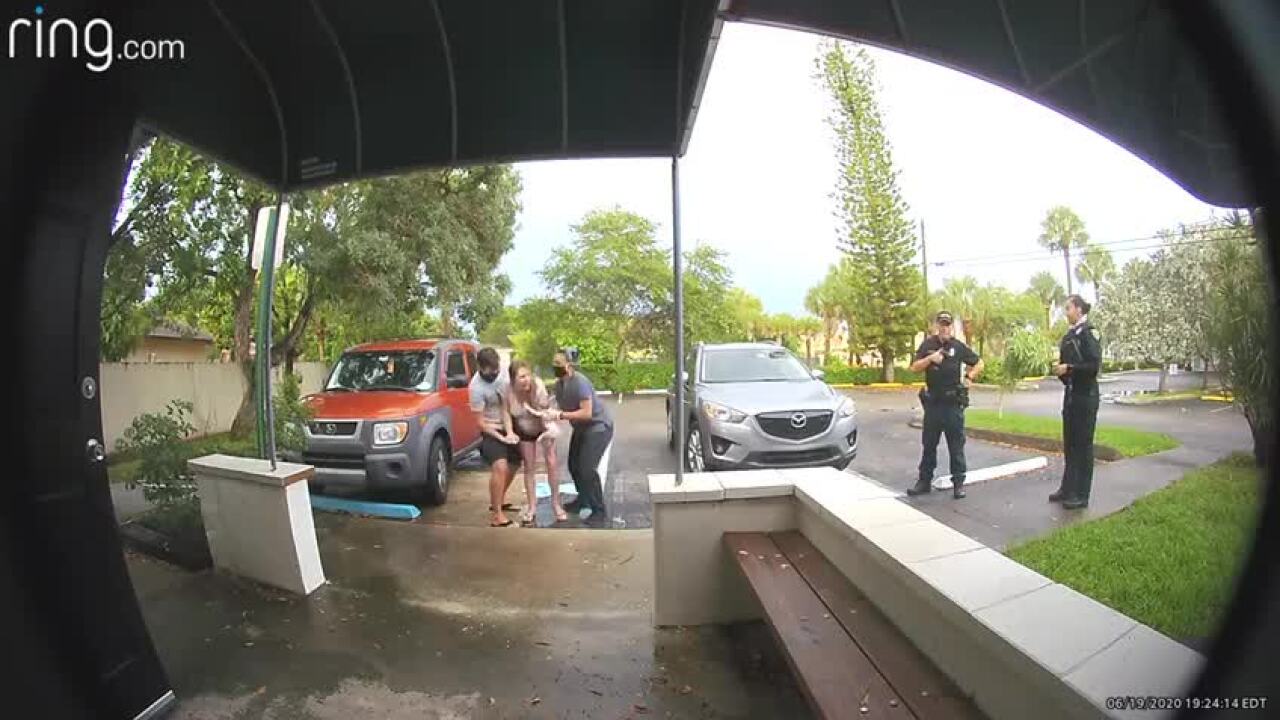 A South Florida woman just couldn't wait to have her baby.

Susan Anderson and her husband, Joseph Anderson, had almost made it inside Natural BirthWorks in Margate last Friday when baby Julia decided to meet the world early.

In the video, Susan can be seen crouched over in the parking lot while midwife Sandy Lobaina stands behind her.

Susan screams just as two police officers, who happened to be in the area at the time, approach.

As soon as Susan lets out a big scream, Lobaina catches the baby as the officers watch in disbelief.

"You want rescue?" one of the officers asks.

Dad and midwife then help mom and baby inside.

"She had the baby," Lobaina is heard telling Hinkley.

WPTV NewsChannel 5 reporter Miranda Christian spoke to the Andersons and the midwives Thursday.

Lobaina said she's had some crazy births before, but this was a first.

"Babies sometimes come really quick … and you just got to be quick, put your gloves on and just go," Lobaina said.

'It was the best handoff ever,' midwife says of parking lot birth

Although Hinkley missed all the action, she's seen the video and has a good sense of humor about it all.

"It was the best handoff ever," she joked.