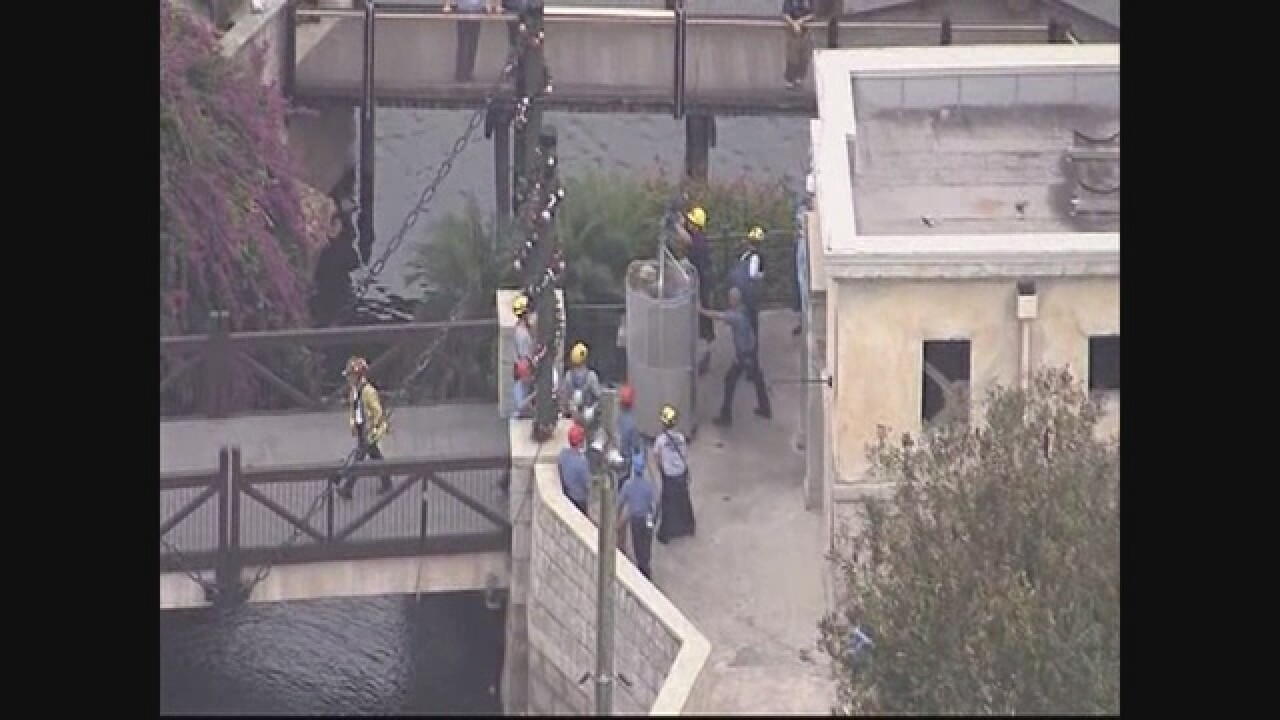 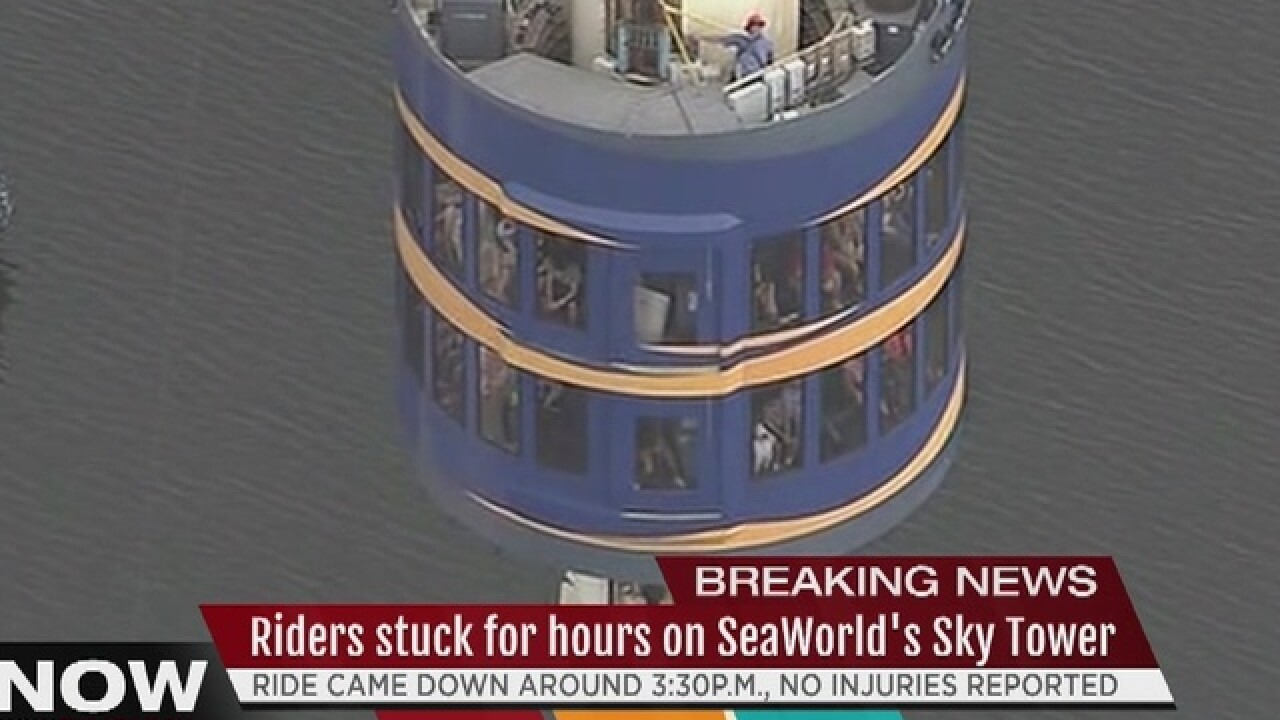 Passengers were stranded high above Sea World on Monday after the Sky Tower ride became stuck.

Engineers were lifted onto the ride to get it moving again. Passengers could be seen through the ride's windows, some of them waving to a television helicopter.

How many passengers were on the ride when it became stuck is unclear.

Hours later, maintenance workers managed to lower the ride, and the passengers went about their days.