New bill would change mid-block crosswalk lights from yellow to red, but advocates have concerns 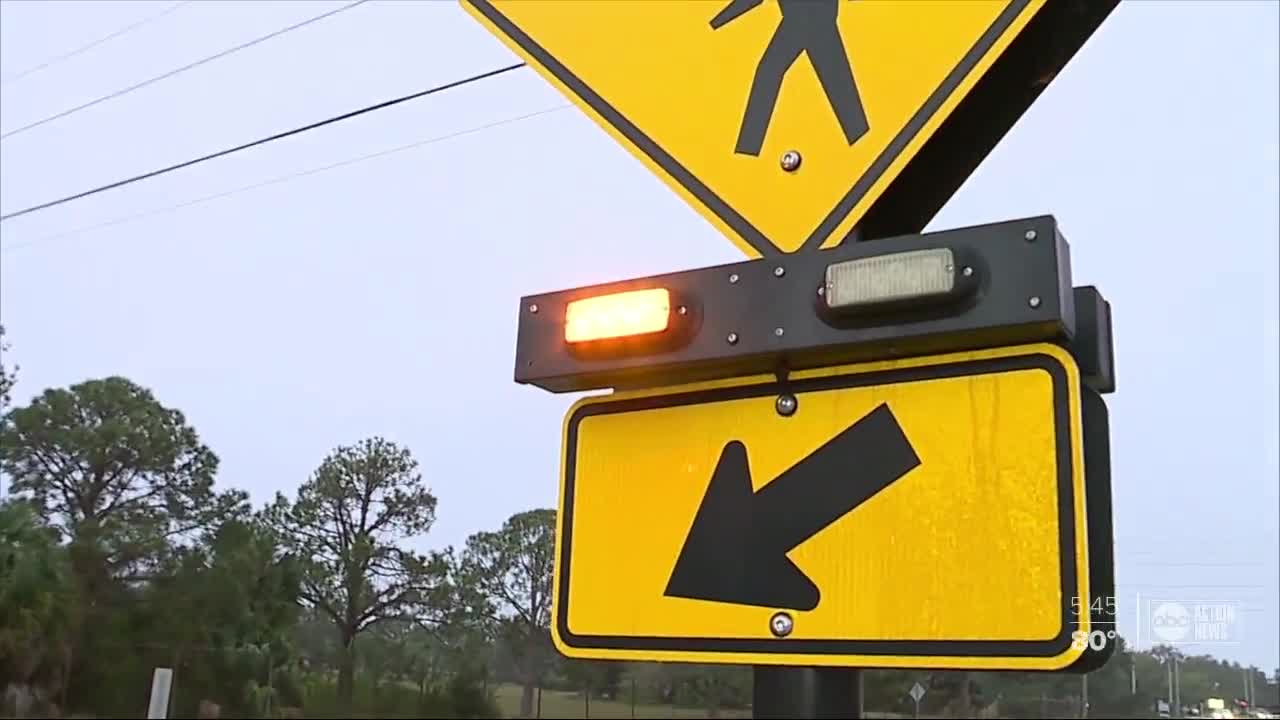 A new bill making its way through the Florida legislature would change flashing lights on mid-block crosswalks from yellow to red. However, some traffic safety advocates have serious concerns about the implications if this bill is passed. 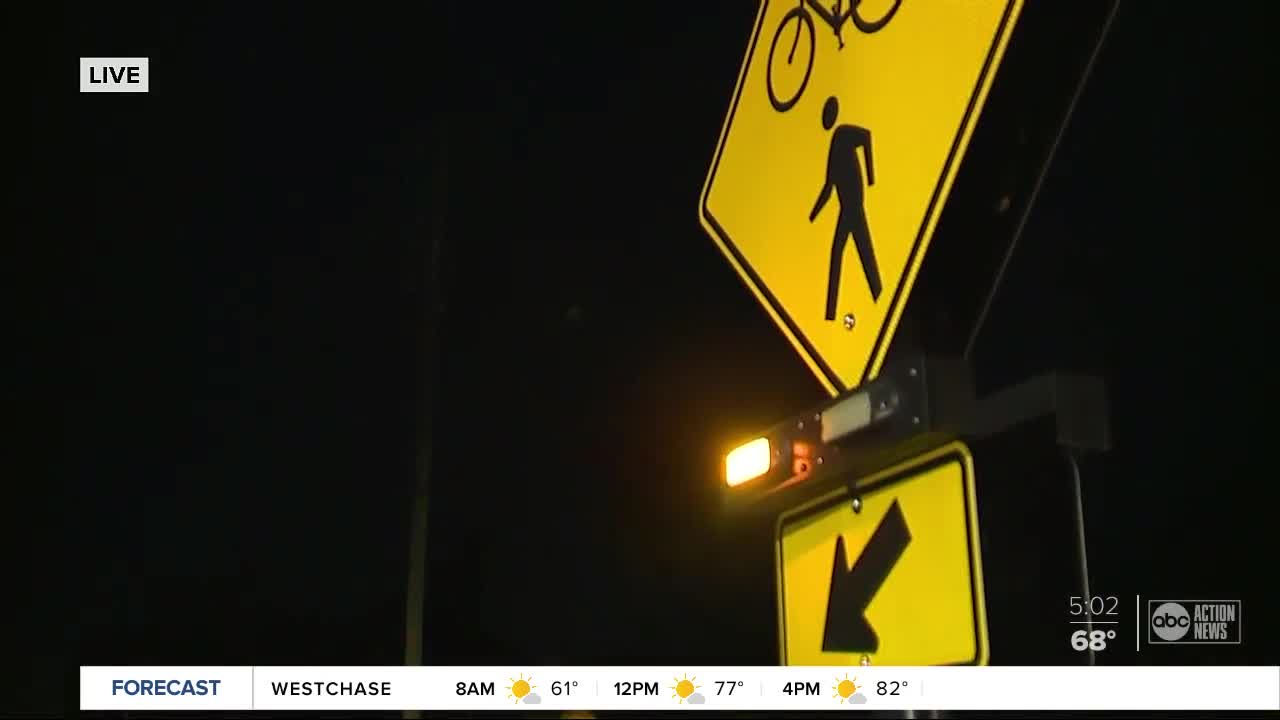 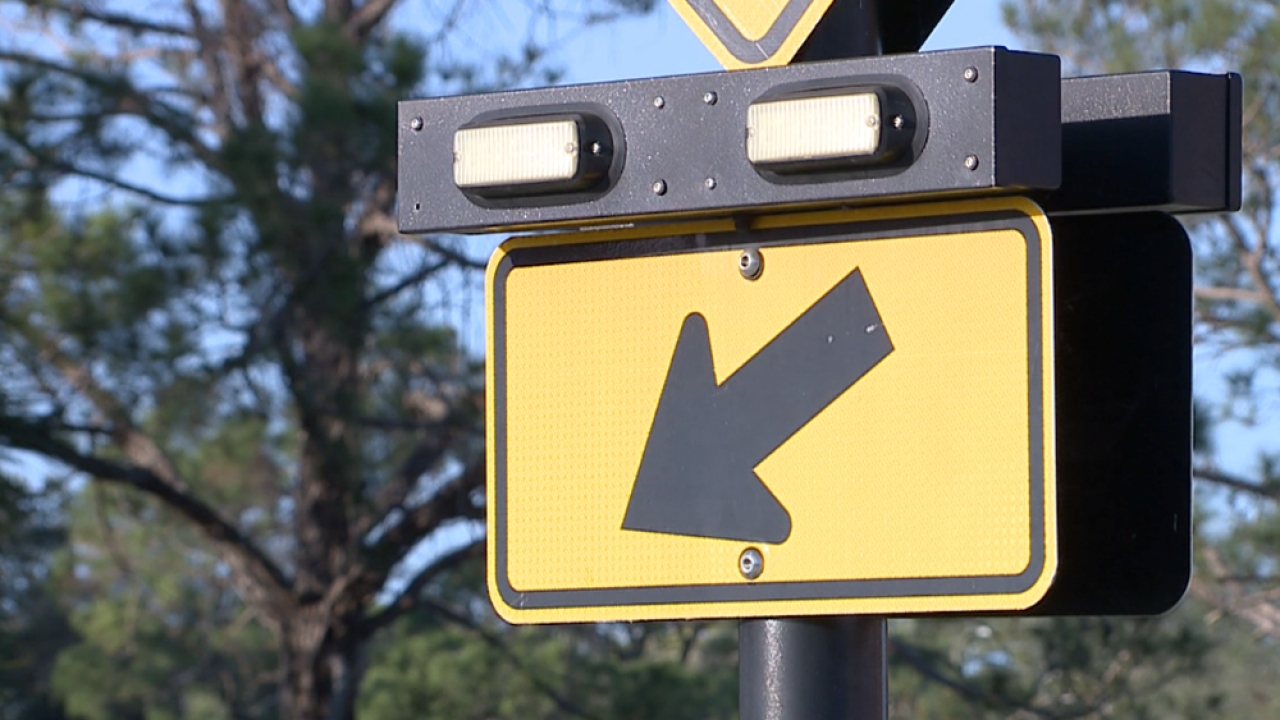 PINELLAS COUNTY, Fla. — A new bill making its way through the Florida legislature would change flashing lights on mid-block crosswalks from yellow to red. However, some traffic safety advocates have serious concerns about the implications if the bill passes.

Mid-block crosswalks with yellow rapid flashing beacons are like what you'll see along Bayshore Boulevard or Fletcher Avenue near USF.

The bill is designed to stop confusion for drivers who see yellow lights at a mid-block crosswalk and are unsure of whether they need to slow down or stop altogether.

"People really take yellow as a caution, to stop or slow down," said Bruce Stevens, who bikes on the busy Pinellas Trail several days a week. "I think red; there's no question on whether or not you're supposed to stop."

But leaders with Forward Pinellas, the planning council and metropolitan planning organization for Pinellas County, are raising several concerns about the bill with state lawmakers.

If this bill becomes law, it would require all flashing yellow lights at mid-block crosswalks to have red lights installed by 2024. Forward Pinellas said this is an expensive and complicated process for local governments.

The bill provides no state money for cities and counties to make the change, and Whit Blanton with Forward Pinellas said it would end up costing millions of dollars that many local governments don't have.

According to the bill, if local governments don't comply, the crosswalk lights would be removed completely, leaving behind a "naked crosswalk."

Blanton doesn't feel the law needs to be changed at all. He said there's already a compliance rate of nearly 90% for drivers stopping at flashing yellow crosswalks in Pinellas County.

The bill just passed the Senate Appropriations Committee on Monday afternoon and is taking the next step toward making it to the governor's desk.