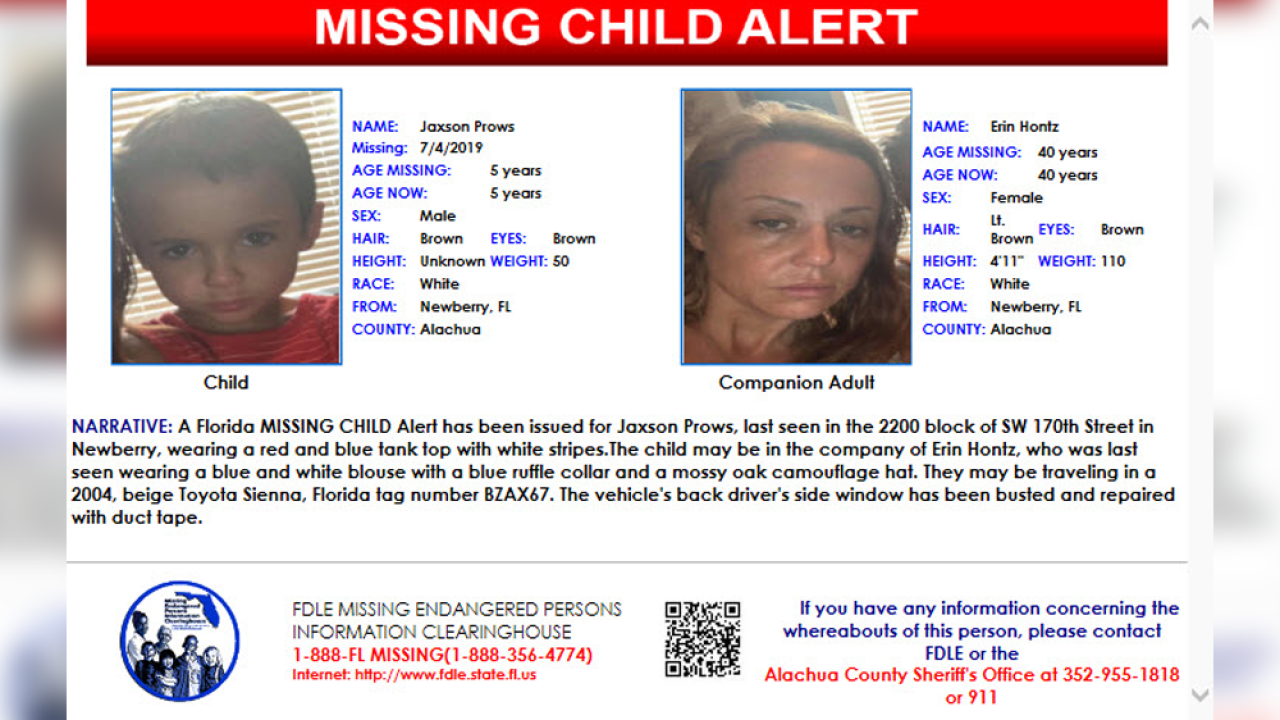 Before he was found safe, authorities stated Prows might have been with 40-year-old Erin Hontz and traveling in a 2004 beige Toyota Sienna with Florida tag BZAX67. The vehicle's back driver's side window has been busted and repaired with duct tape.